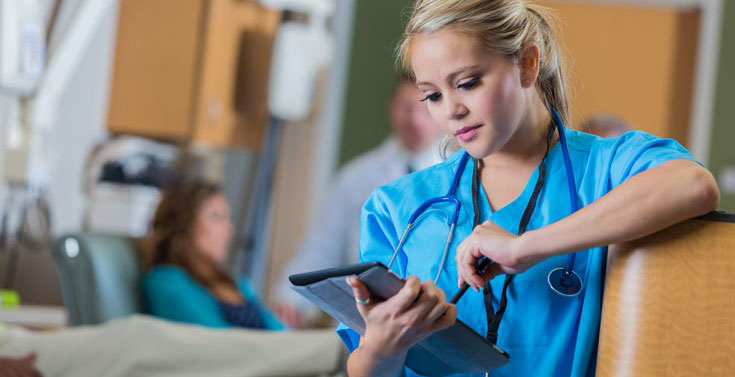 A new effort is underway to gain protection in UK law for the job title ‘Nurse’. Supporters of this effort suggest that acquiring this protection will result in improved patient safety.

At present, only ‘Registered Nurse’ and ‘Nursing Associate’ are protected titles. ‘Nurse’ is not, so anyone can legally call themselves a Nurse.

Professor of Healthcare and Workforce Modelling at London South Bank University (LSBU), Alison Leary, said “There is an issue about other professionals calling themselves Nurses and employers appointing people into nursing roles without nursing qualifications and registration”.

Do you think that ‘Nurse’ should be a protected title so that only registered and practicing Nurses may legitimately use that title? Comment 💬 Like ❤️ Reply 🙂 below.

Professor Leary and her colleagues at LSBU first investigated the use and misuse of nursing titles in 2017. Their study showed that hundreds of nursing jobs across the NHS designated as ‘advanced’ or ‘specialist’ roles were in fact being held by people who were not registered Nurses.

A year later, the then Chief Nursing Officer (CNO) for England Jane Cummings, reviewed options for a legal change to ensure only those registered with the Nursing and Midwifery Council (NMC) as a Nurse could legitimately use that title.

Unfortunately for Cummings, she wasn’t successful. At the time government ministers did not support the move.

Recently, a petition sponsored by Professor Leary calling for legal protection for the title of ‘Nurse’ was launched. At the last count it had nearly 27,000 signatures.

Do you think that the petition today will be more successful in getting a change to the law enacted than efforts back in 2018 were?

In 2021, a search of NHS Jobs reportedly found 150 nursing jobs where either a nursing qualification was optional, or where staff nurse and specialist nurse vacancies specified either NMC or HCPC registrants.

The problem of non-nurses in nursing jobs was also highlighted by the Royal College of Nursing (RCN) in June this year. The RCN cautioned that shortages of nursing staff were more frequently resulting in recruitment practices they deemed to be “risky”.

Professor Leary said she believed that shortages of nurses were a “major factor” behind the opening up of nursing jobs to other professionals.

Is the lack of nursing numbers the main reason for non-nurses to be employed in nursing roles? And how do you think legal protection for the job title ‘Nurse’ would change that situation?

Professor Leary maintains that protecting the ‘Nurse’ title is a patient safety issue. “There’s quite a big body of evidence now that shows that if nursing care isn’t provided, then the consequences for patients can be catastrophic,” she explained.

“With better definition of Registered Nurse, Nurse, Healthcare Support Worker or Nursing Support Worker, I think it would be a lot easier to identify and articulate the contributions of those groups,” she added.

Do you think having more clearly (and legally) defined roles for Nurses and Support Workers will do anything to address the shortage of Registered Nurses? And can patient safety be improved without addressing staffing levels?

The Department of Health and Social Care (DHSC), in response to the petition, warned of the possible complications with legally protecting the Nurse title due to its use across multiple professions, such as registered nursing and dental nursing. 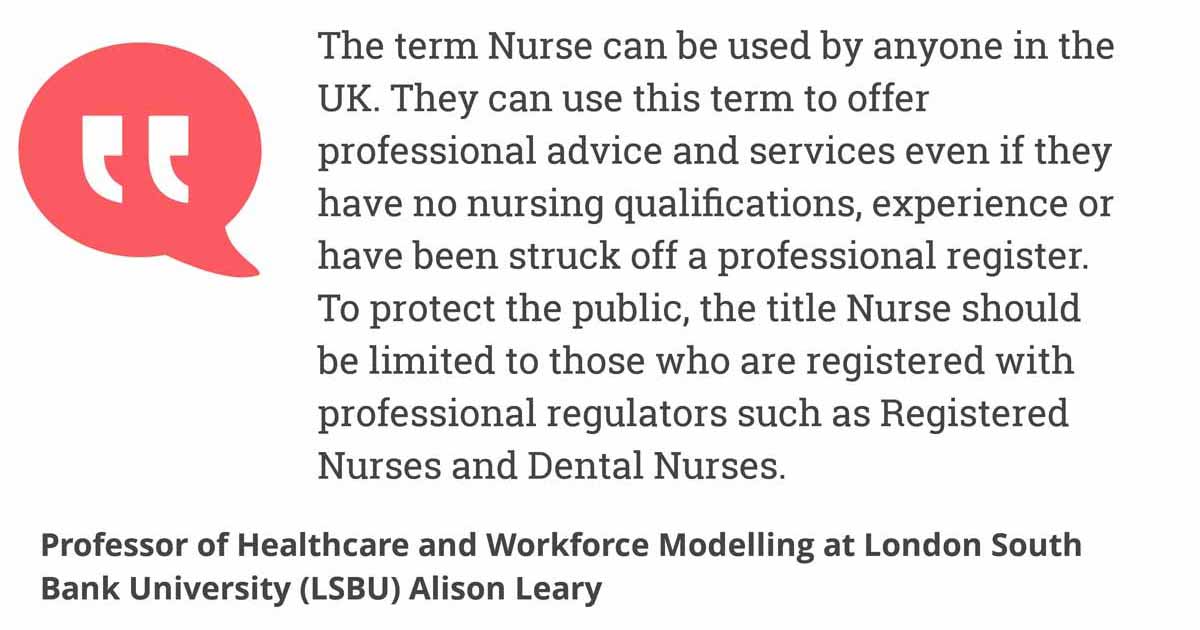 However, the issue is being looked at as part of an ongoing wider review into professional regulation, according to a DHSC statement.

Do you expect that the recently proposed increase in NHS and social care funding will in any way assist with efforts to gain legal recognition for ‘Nurse’ as a job title? Or will the DHSC have its hands full with overwhelming patient backlogs and a likely difficult winter-flu season?