A student nurse confronts the reality of Coronavirus 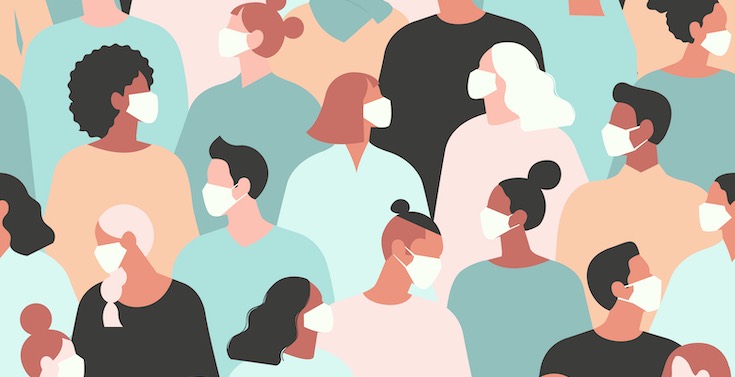 Elaine, a 3rd year student nurse, took to her shifts this week and experienced the impact of Coronavirus in all its forms. This is, as she points out, meant to be the year of the nurse….

Two weeks ago, the idea of having a “break” from university and having plenty of time to write my final assignment filled me with a feeling of sheer relief.

I could maybe enjoy watching the odd film or head to a coffee shop without a rucksack full of books and the weight of the world on my shoulders.

Now that is definitely not the position I find myself in. 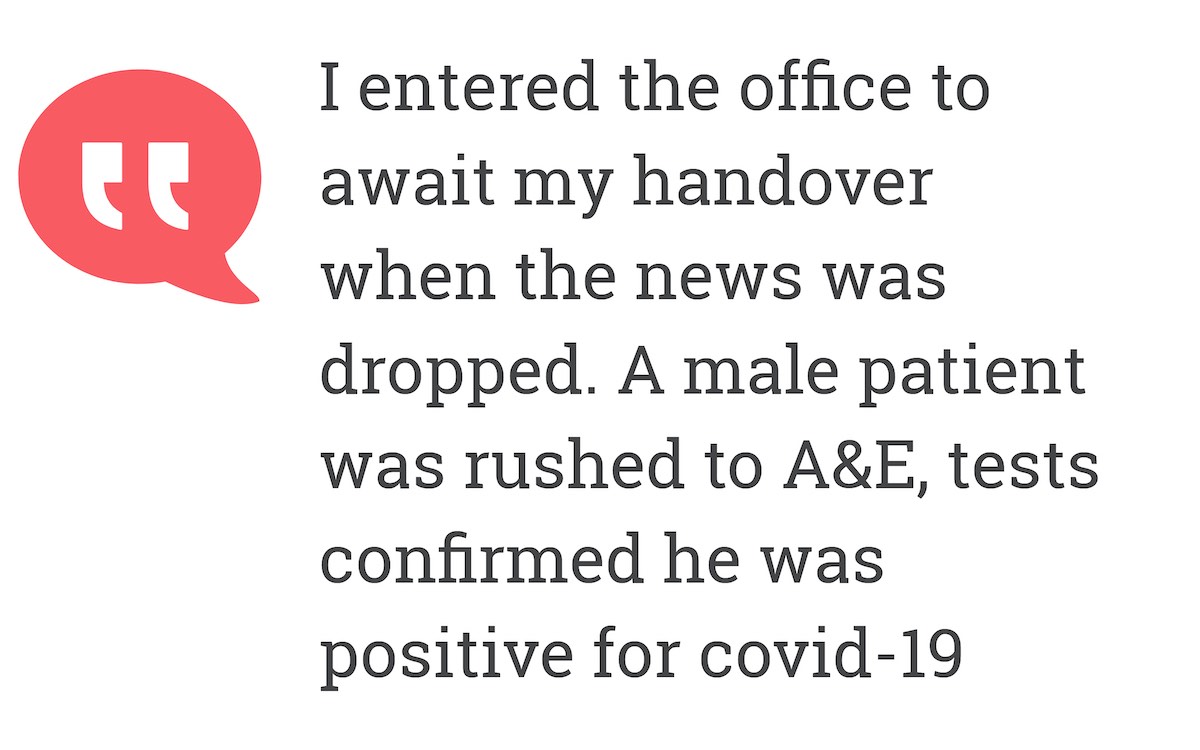 We’ve watched the surreal unfold at an unbelievably rapid pace.

As a student nurse, I am excited at the thought of potentially stepping up to my band 5 post 3 months early however there is also that pre anxiety of what lies ahead, amid the chaos this deadly virus presents.

First shift - Coronavirus impacts patients before they are even infected

My first shift this week was on an adult eating disorder unit, a specialist service that is few and far between across the UK.

As soon as handover finished and I stepped onto the ward itself, I could hear the buzz of the news coming from bedrooms.

I felt unease already knowing I would be asked questions I could not answer, and my reassurance would seem useless whilst the media storm was raging.

As the day went on patients became increasingly anxious.

It was ward round and one by one patients' were leaving the MDT room in tears being told they were leaving to go home that same day.

This was not some miracle that they were well enough to be discharged.

It was decided this was the safest option with a rising number of cases across the hospital and the imminent threat of infection, which to such a physically vulnerable patient group is lethal.

Patients were crying, they were not ready to leave and surely this would only set them back in their recovery journey.

Very few were to remain on the ward due to the severity of their condition.

One patient was distraught, we chose to sit and talk through what was happening. 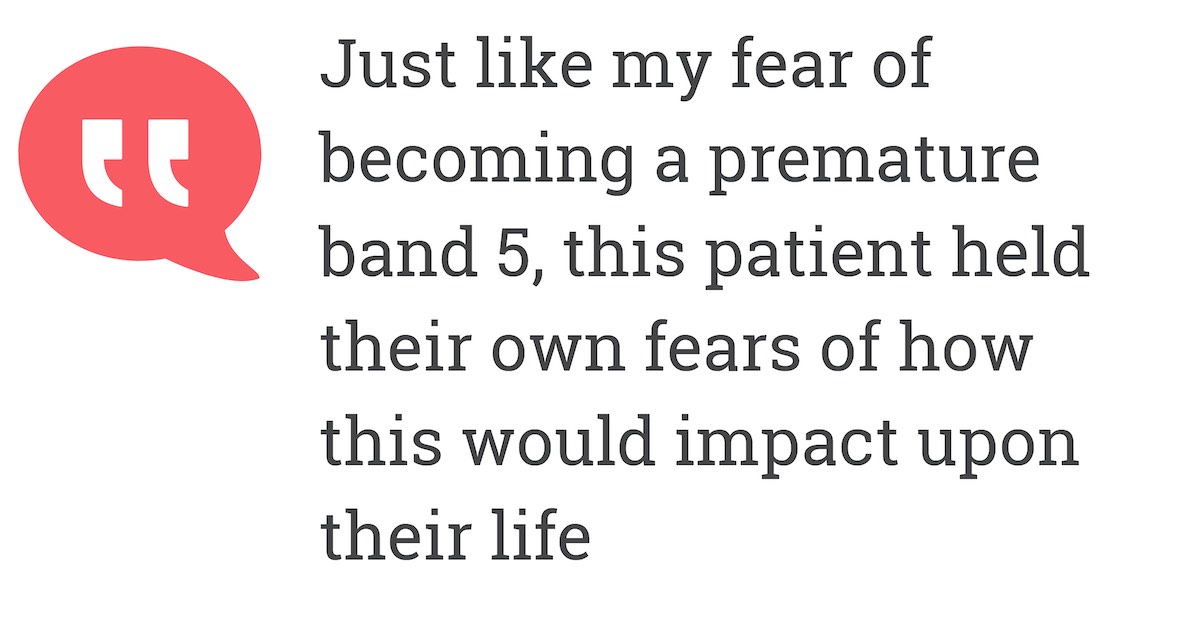 Their fear, I soon realised, was not of catching the virus by staying on the ward, but of having to consume the same number of calories without being able to leave for escorted walks across the hospital grounds (these had been stopped for those remaining to minimise the risk of infection further).

I was slightly lost for words but held no judgement.

Just like my fear of becoming a premature band 5, this patient held their own fears of how this would impact upon their life.

I then thought about those patients staying and being told their loved ones could not visit for the foreseeable.

How devastating this must be.

I left that day with an empty feeling.

Had I helped or made anyone feel that little bit better?

Covid-19 was punishing people in more ways than I had previously considered.

It was taking away access to support from loved ones, preventing access to fresh air that I know is cherished by so many patients and shattering confidence in the ability to recover from severe mental illness.

The next day I commenced my second shift of the week on a mixed adult acute ward.

Walking onto the ward, patients were there to greet me as they usually do, and actually, it just felt like a normal shift.

I entered the office to await my handover when the news was dropped.

A male patient was rushed to A&E a few days earlier, tests confirmed he was positive for covid-19.

I put my head in my hands as I had worked with this patient previously.

He was 71 years of age with chronic obstructive pulmonary disease.

My first question was ‘why is he on this ward?’ The answer shocked me.

The A&E admission was to a ‘clean’ hospital whereby patients were not being kept for treatment.

Although the ward had the patient’s medications, including a nebuliser and he was being nursed 1:1, personal protective equipment was scarce.

We nursed the patient in 2 hourly slots, alternating between 2 staff members throughout the shift (to minimise the number of people entering the room).

Despite being so unwell physically and me sitting with a face mask and protective goggles on, probably looking very unfamiliar and scary, we had some meaningful conversations and shared the odd chuckle.

The initial fear of entering a room willingly with someone carrying this dreaded virus quickly subsided and I realised that no matter what, my role is to look after those who need it and no virus will prevent that. 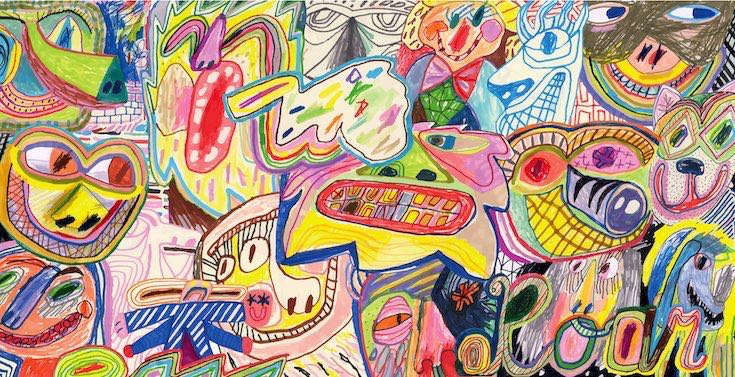