Campaigners have said the UK’s immigration system “defies basic common sense” after a young doctor who has spent the majority of her life in the country was asked to leave. 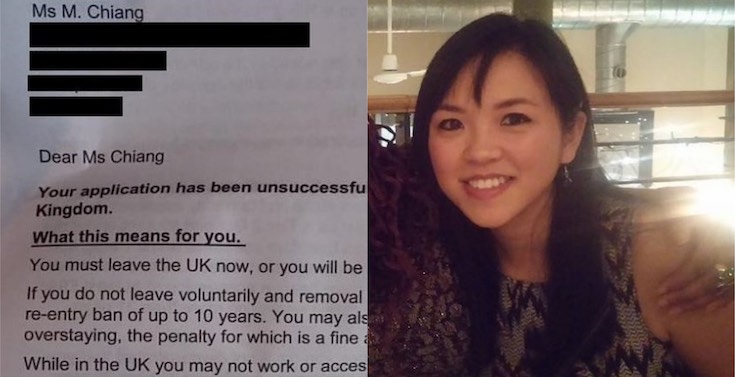 Mu-Chun Chiang, 27, has lived in the UK for over 13 years but, due to what she describes as “a nonsensical administrative issue”, her application for a new visa was rejected and the Home Office told her to leave the UK or risk up to six months’ imprisonment.

“When I got the letter I was shocked, all these things were going on in my head,” Dr Chiang told the Press Association (PA) news agency.

“I was worried because we were already understaffed on our ward and leaving all my friends would be really heartbreaking.”

Originally from Taiwan, Dr Chiang lived in Glasgow from 1997 to 2002 with her parents before returning to the UK in 2006 to study – and has lived here since, now working at Aintree University Hospital in Liverpool.

After Dr Chiang’s student visa expired in June, her application for a new working visa was rejected in August due to a Home Office rule which states an applicant’s bank balance cannot drop below £945 in the 90 days beforehand. Dr Chiang said she had more than that amount saved and the bank account she used for the application had the correct money by the end of each month, but had dropped below for a few days in one of them.

She appealed against the failure by sending details of a separate savings account to show she always had the money required, but this was declined as it was not provided with the initial application. 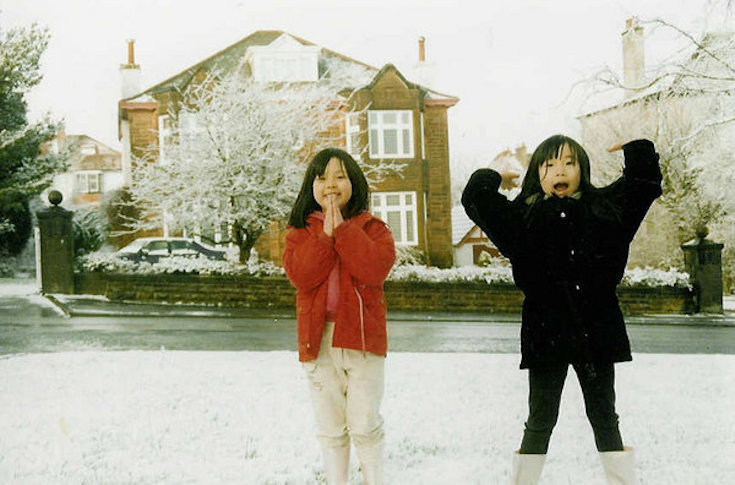 Dr Chiang grew up in Glasgow

Dr Chiang then received a letter on Friday from the Home Office telling her the application was unsuccessful, and that she “must leave the UK now” or she would “be liable to be detained and removed”.

The letter said she could be prosecuted, adding that she cannot work or access benefits while in the UK, and despite being on call she has been unable to work at her hospital in Liverpool since.

Her lead employer also called her on Tuesday to tell her that because the letter is dated to September 19 there is a possibility she will not get paid for the shifts she has done since then. 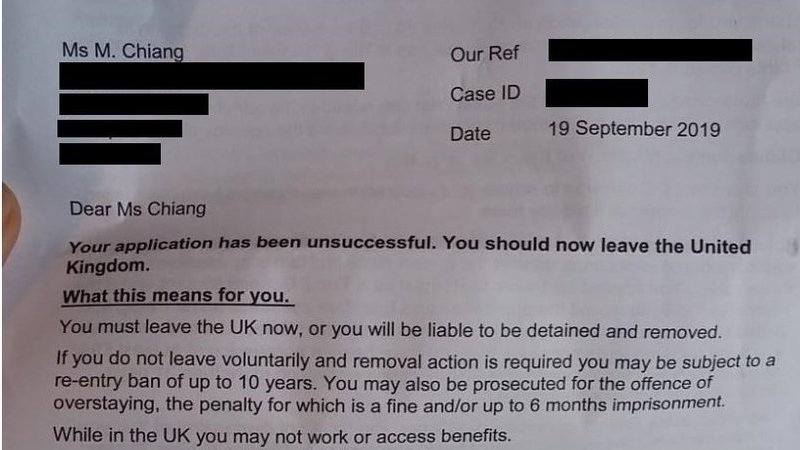 The letter from the Home Office

“At a time when our NHS is under immense strain and crying out for more doctors, kicking out a young doctor trained to work in the NHS just defies basic common sense,” Satbir Singh, chief executive of the Joint Council for the Welfare of Immigrants (JCWI), told PA.

“Our immigration system is dysfunctional, complicated and inhumane.

“That someone can be threatened with detention and removal because of a small technical mistake in a visa application highlights the urgent need for the system to be rebuilt from ground up so that people who move here are treated fairly and with humanity.”

After receiving the letter, Dr Chiang’s friend Mina Mesri set up a petition calling for her to be allowed to stay in the UK, which has received over 25,000 signatures in a matter of days.

Her friend also encouraged her to contact a solicitor, and she has spoken with two lawyers this week.

“I’m quite lucky as I’ve got a lot of people supporting me,” said Dr Chiang. “I know from other people that there has been cases where people have just packed up and gone, because they didn’t know what else to do.”

After PA contacted the Home Office and Dr Chiang she said she was contacted by the immigration authority by phone, who told her they would like to review the evidence of her case again.

A spokeswoman for the Home Office said: “We are reconsidering Ms Chiang’s application now that further evidence has been provided.”