MSPs will vote on changes to the Transport Bill, which include Green MSP John Finnie's amendment to allow councils to introduce the charge. 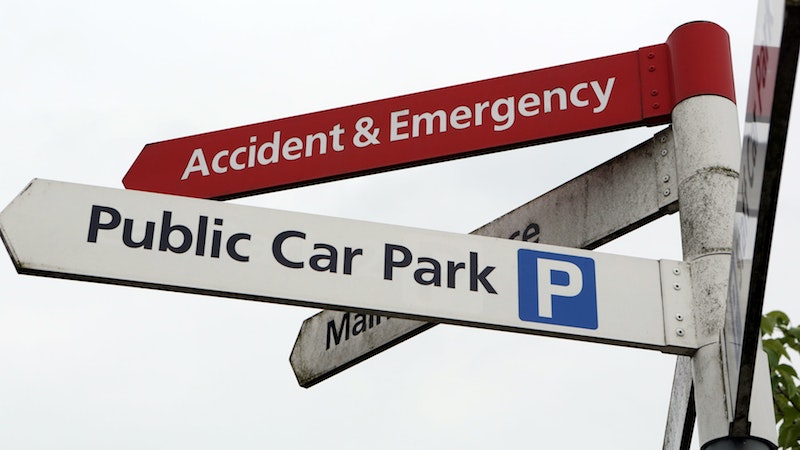 Green MSP John Finnie has lodged an amendment to the Transport Bill allowing councils to introduce a workplace parking levy.

The minority SNP administration agreeing to the introduction of the controversial tax was key in striking a deal with the Greens to pass Holyrood's budget.

"My proposal would allow councils to take action if they felt it was necessary so that health and wellbeing of our communities is prioritised." - John Finnie MSP

Mr Finnie has branded attempts by Conservative and Labour MSPs to change his proposals as "incompetent".

Conservative, Labour and Liberal Democrats have lodges a raft of amendments for the stage two debate on the Bill at the Transport Committee, among them, extending an exemption for NHS premises to apply to local authorities, post-offices, charities, vets and railways.

Labour amendments include ensuring the charge does not apply to workers with hours outside 9am-5pm, for any schemes to have ministerial approval and for a referendum to be held on whether they should proceed.

Local authorities would have to demonstrate a need for the scheme, under Tory amendments, and that it would not have a detrimental impact on employment. 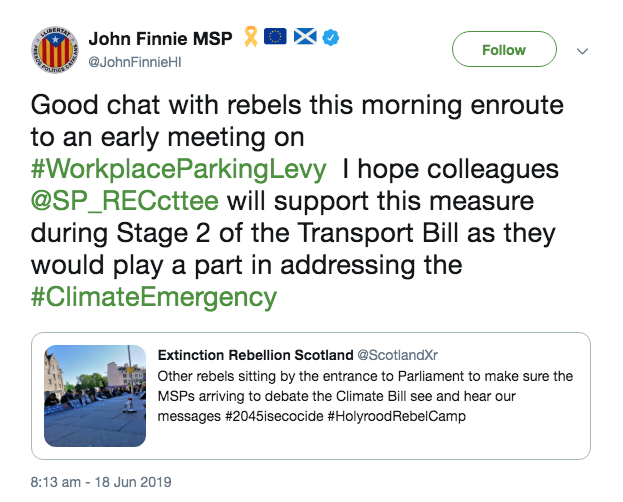 Mr Finnie said: "Scotland is faced with a public health crisis, we have 38 air pollution hot spots throughout the country with thousands of deaths attributed to poor air quality annually.

"We are also faced with a climate emergency and we know that transport is one of the biggest contributors, with transport emissions rising year-on-year.

"My proposal would allow councils to take action if they felt it was necessary so that the health and well-being of our communities they represent.

"We know that where such a levy has been introduced there has been substantial social and environmental benefits.

"Labour and Tory MSPs plan to bring forward changes to my proposal which would make it unworkable.

"It's clear from their amendments that their incompetent MSPs in question don't have a clue on what they're doing."

Scottish Labour's transport spokesman Colin Smyth said: "The Greens' SNP's car park tax is an attack on workers that will hit the lowest paid hardest but will do little to tackle congestion to plug the huge holes in council budgets which are facing £230 million more cuts this year, putting lifeline services at risk for some of the poorest in our communities.

"A chief executive of a big company could pay the same as a care on the living wage, hammering those that can least afford it.

"Labour wants the public to have the final say on any levy by ensuring that councils who want to bring in a car park tax must hold a ballot of residents and let people decide."

Since the proposed levy was announced it has polarised opinion, with critics claiming it could cost up to £500 a year.

Friends of the Earth Scotland and other environmental organisations back the tax, saying it will cut emissions and congestion.