William hands out the hugs as he visits Royal Marsden Hospital

The Duke of Cambridge was highlighting the work done to bolster the mental health of cancer patients. 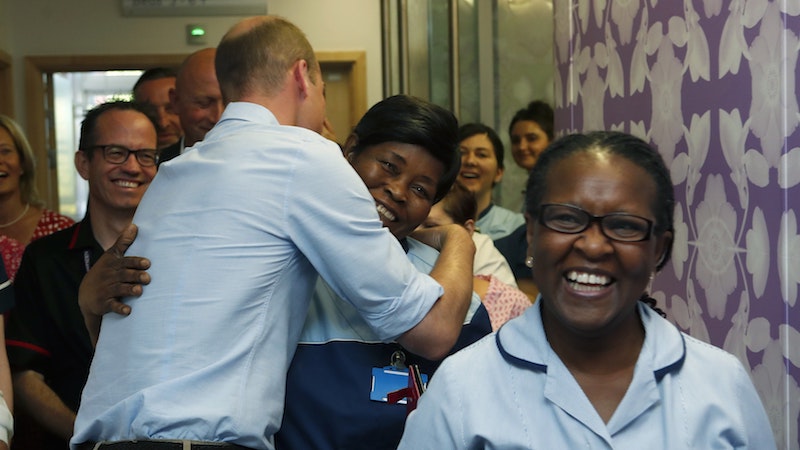 The Duke of Cambridge became the prince of hugs when he showed off his affectionate side and embraced a hospital cleaner.

William’s heartfelt encounter came as he visited the Royal Marsden in central London to highlight its work supporting the mental health of cancer patients, their families and the medical staff who care for them.

Speaking to a matron who had returned to duties after receiving help, he praised the work of nurses saying the “reservoirs of compassion” they must have were “incredible”. 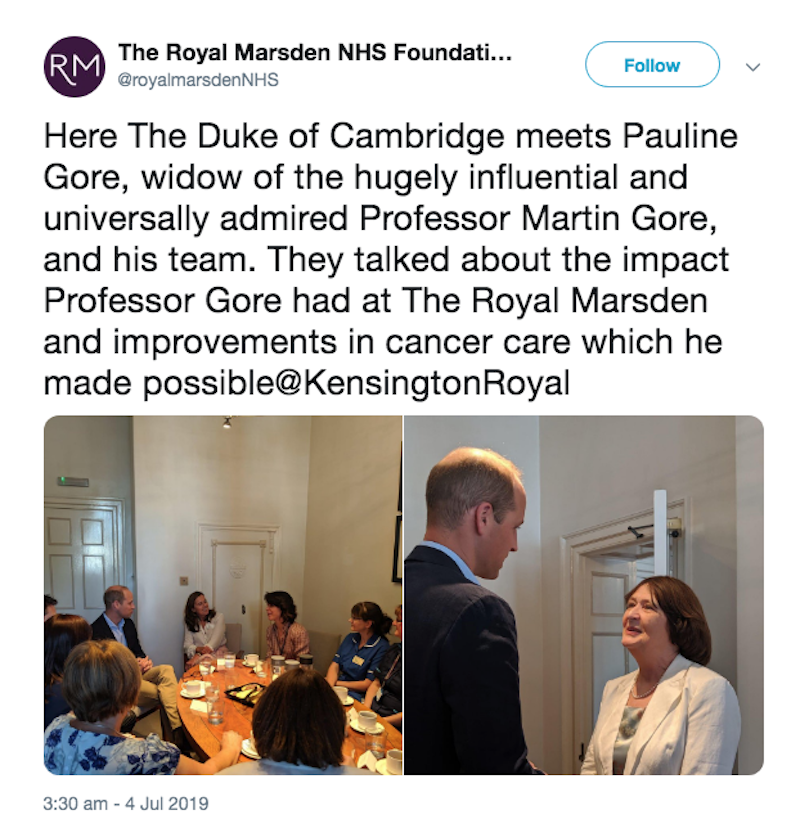 He also shared a poignant moment with Pauline Gore, the widow of Professor Martin Gore, a leading figure at the Royal Marsden who died in January after a yellow fever jab.

The duke, who had got to know the professor well since first visiting the medical institution for work experience in 2005, told Mrs Gore: “He is the Royal Marsden, he is the living embodiment of the Royal Marsden.” 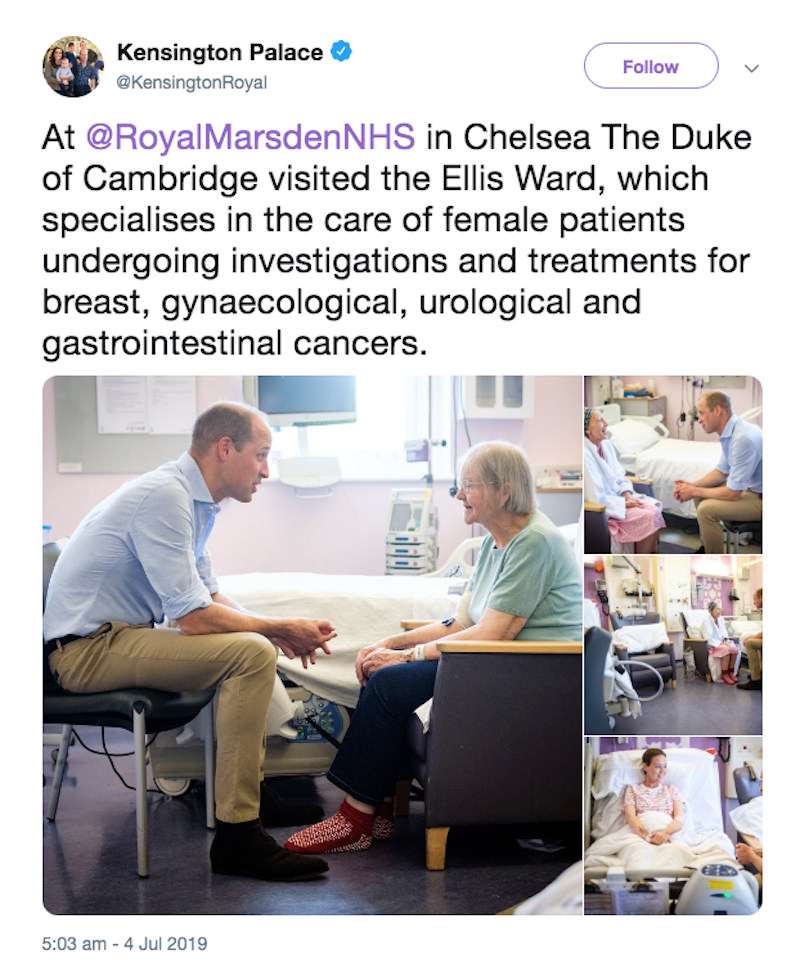 In a lighter moment after chatting to patients on a ward, William was asked for a hug first by staff nurse Joyce Mensah, then a cleaner Evelyn Adams, 65.

He did not need to be asked twice and embraced the women as he laughed.

Ms Adams joked later: “I had a hug from William – he’s my prince. “This is my best working day.”