The initiative will run throughout the 2019/20 season to get all football fans talking. 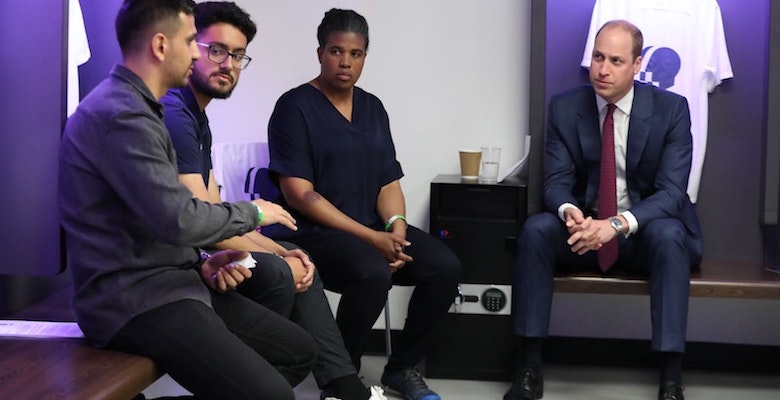 The Duke of Cambridge has announced a new campaign which uses football to get more men talking about mental health – something they find “alien” to discuss, he said.

Heads Up, billed as the biggest ever conversation around mental health, is a partnership between the Football Association (FA) and Heads Together, the campaign spearheaded by the duke’s Royal Foundation.

Launched on Wednesday at Wembley Stadium, the initiative will run throughout the 2019/20 season to get all football fans – in particular men – talking about their mental fitness.

William told the event: “I think men find that very difficult to talk about, talk about stuff that really bothers them.

“I think emotions, feelings, are kind of like a bit alien over here – we don’t really want to touch them too much because we’re worried about how we’re going to react or how people think about about us.”

Men are three times more likely to commit suicide than women, with suicide the most likely cause of death for men under the age of 45. 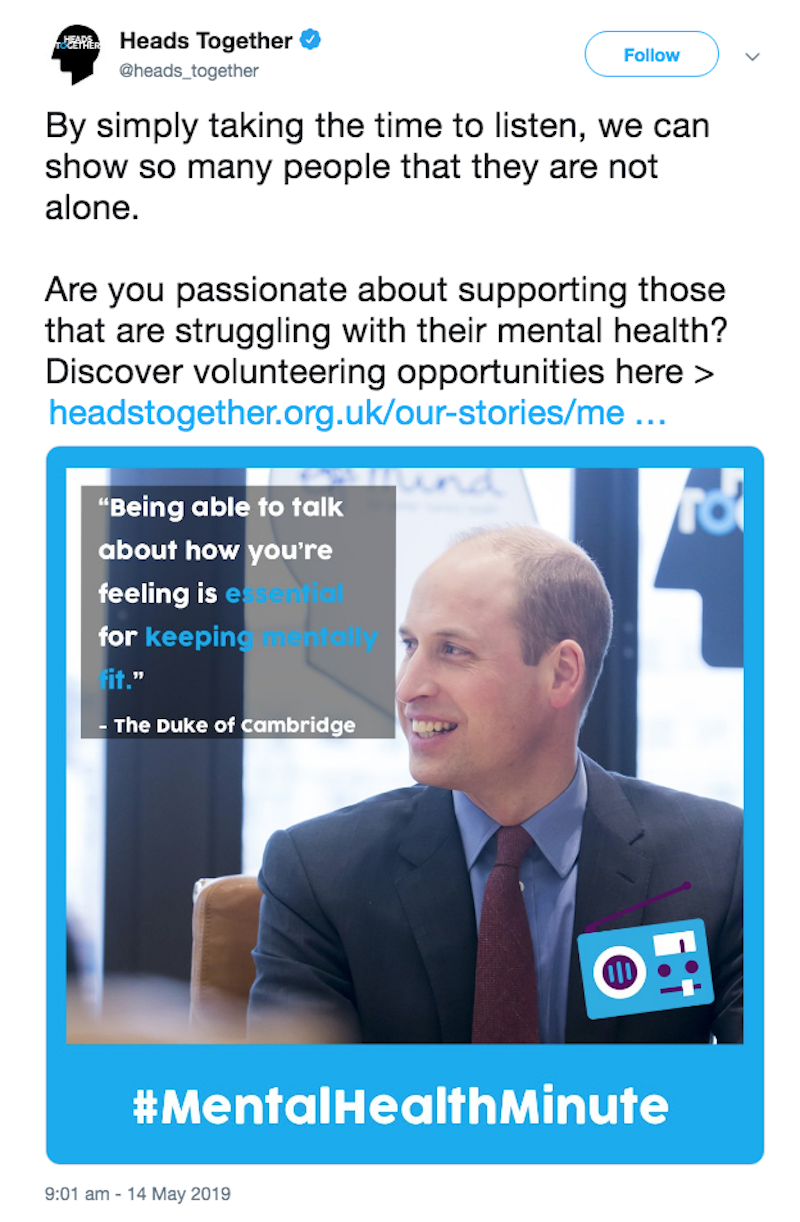 It will be visible across all levels of football, including the men’s and women’s England teams.

The duke called the silence around men’s mental health a “crisis” and encouraged football fans to ask after their friends as they would if they had “broke an arm or an ankle”.

“The UK has taken a step forward and I’m proud of the part Heads Together and our partners have played in that,” William said. “Since launching the first campaign, I have wanted to do more to get men talking. It’s no surprise that they’ve been the hardest group to shift.

“As president of the FA, I saw an opportunity to bring the sport I love, that many men talk about more than anything else in their lives, to help lead the next phase of the conversation.

“Over the last two years, we’ve been working behind the scenes to decide the best way to harness the power of football to really change the way men think about mental health.”

Mr Glenn added: “In football, we’re constantly talking about players’ physical fitness, what their injury is, how they’ll recover, how long they’ll be out for. 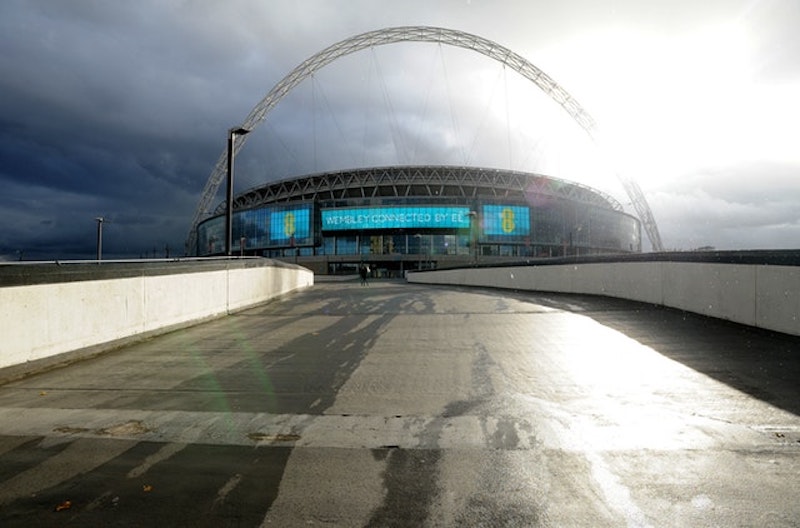 The campaign was launched at Wembley (Nick Ansell/PA)

William met with the founders of FC Not Alone, a football-based platform centred around mental health, at the stadium on Wednesday.

The duke joked about his team Aston Villa with Mr Legg and co-founder Ian McKenzie, with the royal adding his nerves were “frayed” during their clash with West Bromwich Albion on Tuesday.

Villa reached the Championship play-off final at Wembley stadium later this month after beating West Brom on penalties in the semi-final. 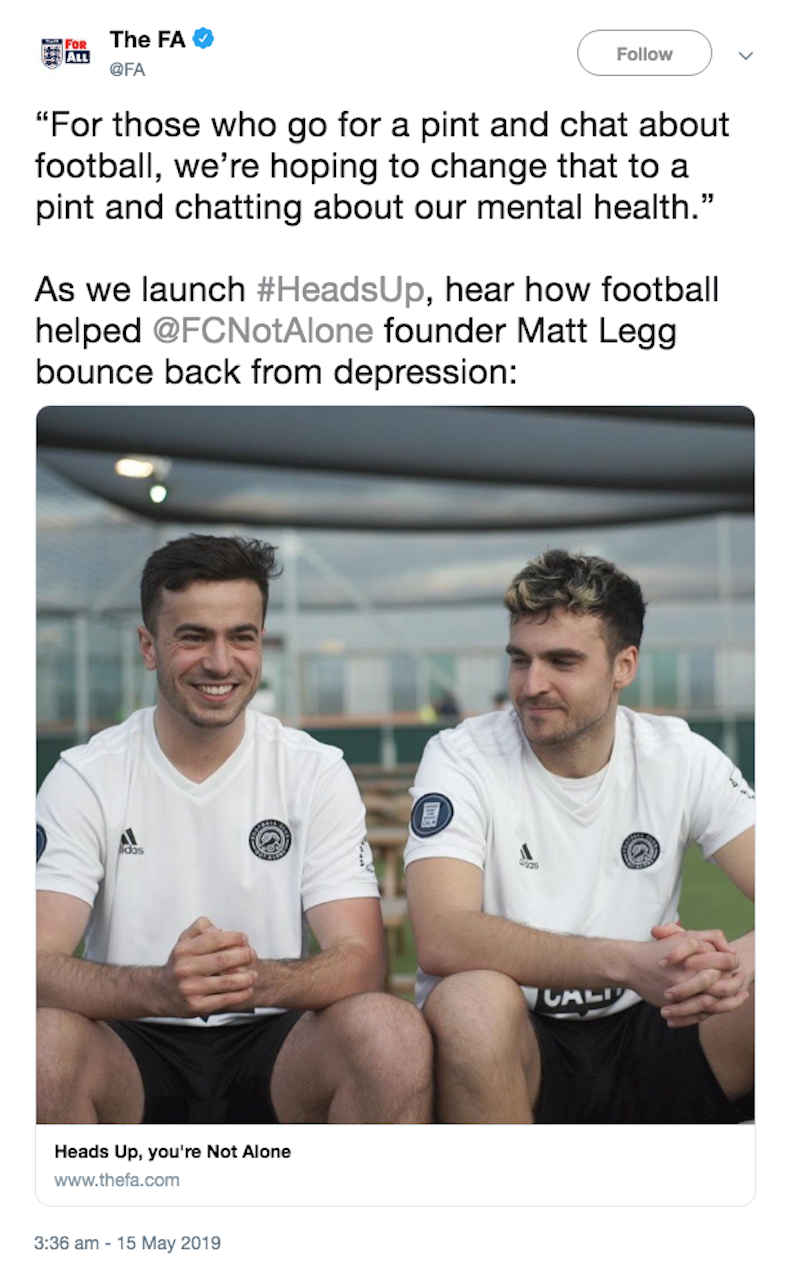 Men are being urged to speak out about mental health.

Following their discussion, 22-year-old Mr Legg said: “Having such a senior figure in our society backing such an influential and inspiring campaign will hopefully mean the impact is that much greater.

“It’s when we were discussing the campaign, yes, he’s the Duke of Cambridge and I’m a university student, completely different ends of the scale, but we had the discussion as two men talking about similar issues.

“He’s just like every other man in terms of what he goes through, even if it’s different issues, I think that’s such a key message that can be shared.”

The conversation saw the group share issues they have struggled with in their careers.

Filmed at the grounds of Cambridge United Football Club and presented by Dan Walker, the BBC documentary will air on Sunday.