The HPV vaccination treatment was linked to a huge reduction in the two types of HPV – 16 and 18. 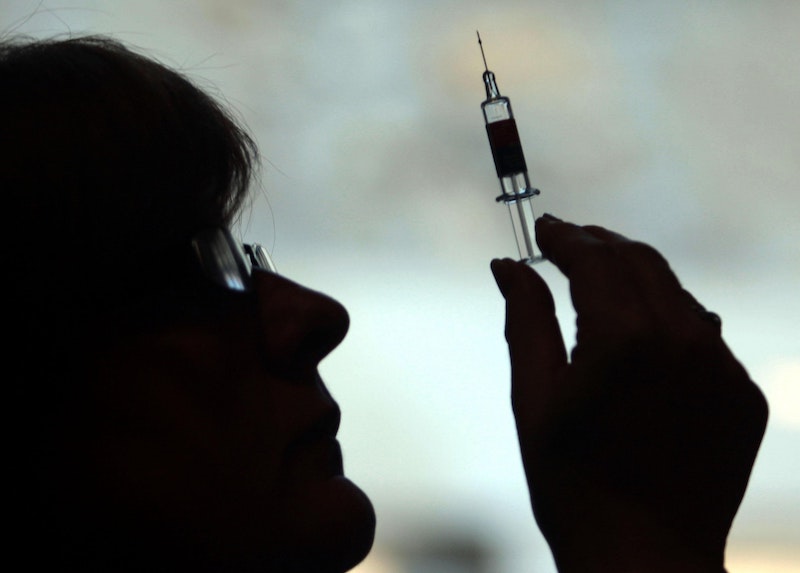 Cervical cancer could be eliminated by widespread HPV vaccination programmes, according to scientists who reviewed studies of 60 million people in affluent countries.

The treatment was linked to a huge reduction in the two types of HPV – 16 and 18 – which cause 70% of cervical cancers, research found.

Rates of both types of HPV in high-income countries, among girls aged 13 to 19, plummeted by up to 83% following five to eight years of vaccination, while a reduction of 66% was found in women aged 20 to 24. 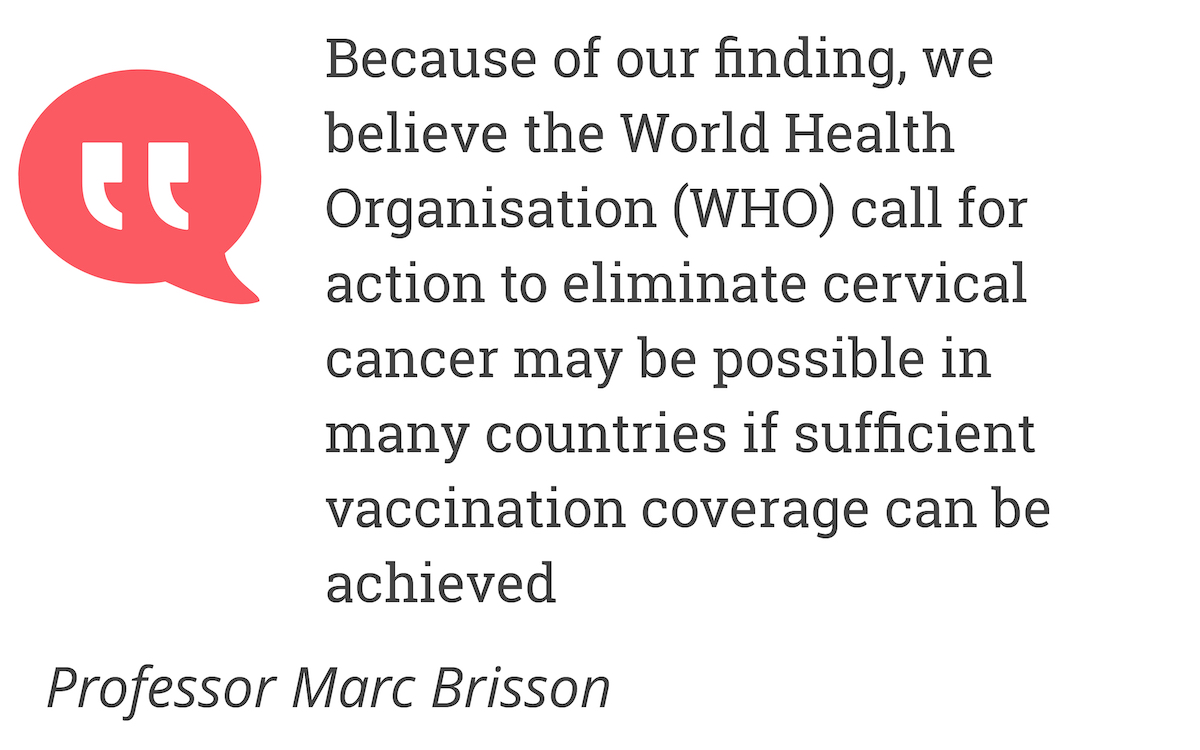 Decreases seen in other conditions too

A significant decrease was also seen in anogenital wart diagnoses and precancerous cervical lesions which can develop into cancer.

Professor Marc Brisson, a member of the research team, said: “Because of our finding, we believe the World Health Organisation (WHO) call for action to eliminate cervical cancer may be possible in many countries if sufficient vaccination coverage can be achieved.”

The researchers, whose work was published in The Lancet journal, analysed 65 studies from 14 high-income countries.

Declines in the HPV “endpoints” were found eight to nine years after girls-only vaccination.

The findings support the recently revised WHO position on vaccinating multiple age groups, rather than a single cohort, when introducing the vaccine.

The NHS currently offers the first dose of the HPV vaccine to girls aged 12 and 13, with a second six to 12 months later.

Earlier analysis of studies for four years post-vaccination has also shown substantial decreases in HPV 16 and 18.

The studies looked at for the new research compared levels of one or more HPV endpoints across pre and post-vaccination periods.

Five to nine years after vaccination, precancerous cervical lesions decreased by 51% in screened girls aged 15 to 19 and by 31% in women aged 20 to 24.

Co-researcher Melanie Drolet, from the CHU de Quebec-Laval University Research Centre, said: “Our results provide strong evidence that HPV vaccination works to prevent cervical cancer in real-world settings, as both HPV infections that cause most cervical cancers and precancerous cervical lesions are decreasing.”

Prof Brisson, from Laval University, Canada, said “it will be crucial” now to continue to monitor the impacts of vaccination programmes.

But the findings should not be extrapolated to low and middle-income countries where the burden of disease was far greater, the team warned.

Their research also found there were greater and faster impacts, and herd effects, in countries with both multi-cohort vaccination and high vaccination coverage.

Anogenital wart diagnoses declined by 88% among girls and 86% in boys aged 15-19 in these countries, compared with 44% and 1% respectively in countries with single-cohort or low coverage.

Likewise, after five to eight years of vaccination, pre-cancerous cervical lesions decreased by 57% in girls aged 15 to 19, while there was no decrease in countries with single-cohort vaccination or low routine coverage.

Professor Silvia de Sanjose, from the PATH organisation in the USA, said optimising HPV vaccination programmes could make it “a hallmark investment of cancer prevention in the 21st century”.