What do Hunt and Johnson think about Brexit, the NHS and taxes?

A look at the key pledges made by both candidates in the race to become the next prime minister. 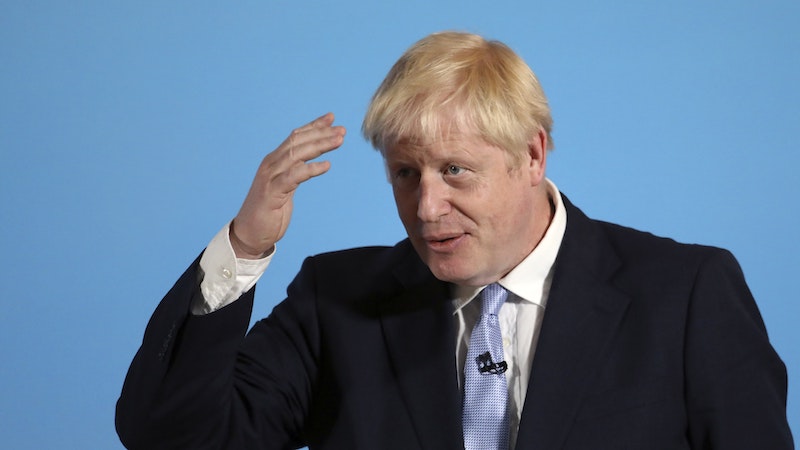 The UK's departure from the EU has dominated the Tory leadership debate, as it has done many a conversation nationwide.

But it is not the only issue on the table for the two contenders appealing to the Conservative Party membership for the crown of Tory leader - and prime minister.

Here PA takes a look at what Boris Johnson and Jeremy Hunt have said on some key issues. 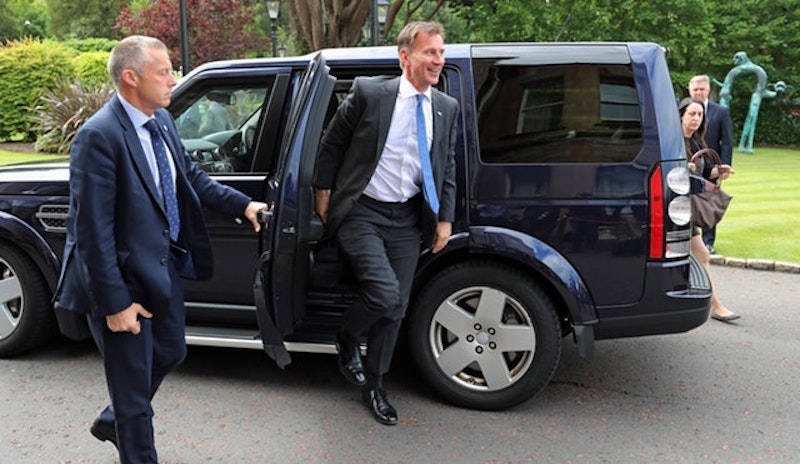 There is one big difference between the candidates - the date.

Mr Johnson has made a "do or die" commitment to leave the EU by the Halloween deadline.

He has even toyed with the controversial idea of suspending Parliament to prevent MPs taking steps to prevent a no-deal exit.

Mr Hunt called October 31 a "fake deadline', and said he would be willing to extend the due date if a deal with the EU was within reach.

• 95% of Nurses say patient health is at risk (and it's due to NHS staff shortages)The decision on whether to end talks with Brussels would come at the end of September, Mr Hunt said.

They have also clashed on the so-called Gatt 24 mechanism, which Mr Johnson has said could be used to avoid tariffs in the event of a no-deal scenario.

Mr Hunt said that this was "factually" not possible, adding that he would not say Mr Johnson's claim was "a lie because that suggests someone is doing something deliberately".

But both agree that the best solution would be to broker another deal to Theresa May's and that, if it came to it, they would take the UK out of the EU without a deal. 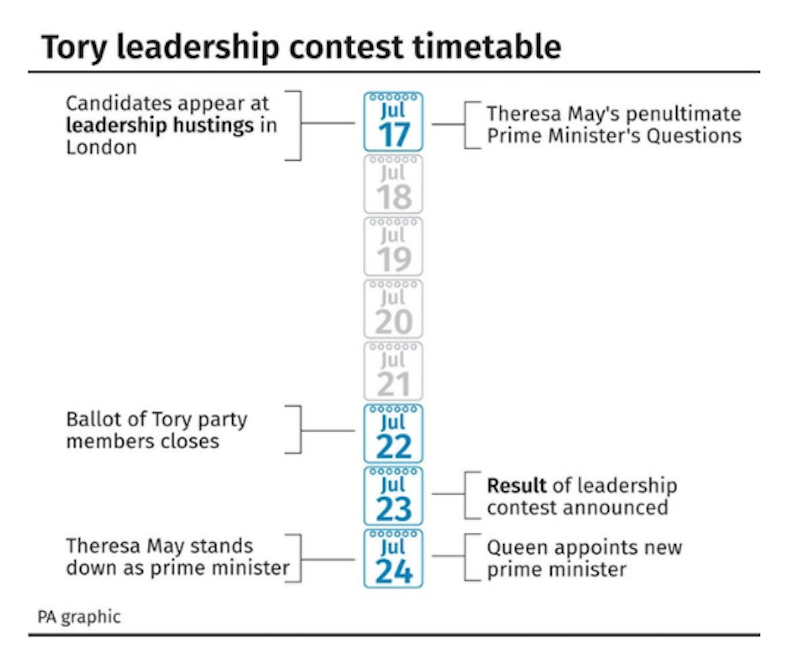 The contenders must resolve a key sticking point to the outgoing Prime Minister's agreement - the Irish backstop to prevent a hard border on the island in the event of a no-deal.

Mr Hunt is prepared to change or trash the current proposal and Mr Johnson describes it as a "dead letter", or effectively defunct.

To prevent a hard border in the future, Mr Hunt said there is "technology there now" and his rival suggested it would be worked out with a free trade deal during the implementation period.

Mr Johnson first pledged to give a tax cut to earners on more than £50,000.

But this was met with some ire analysis suggested it would cost around £9 billion and benefit the top 10% of earners.

Then he insisted he would prioritise cuts for the lowest paid, with a raise to the amount workers can earn before they start paying national insurance contributions.

He would like the main rate of corporation tax cut to 12.5%, a measure that the Institute for Fiscal Studies said would cost £13 billion per year in the short-term.

The think tank also warned that his plans to cut taxes but spend higher could "amplify" pressures on public finances.

No deal and other Brexit spending 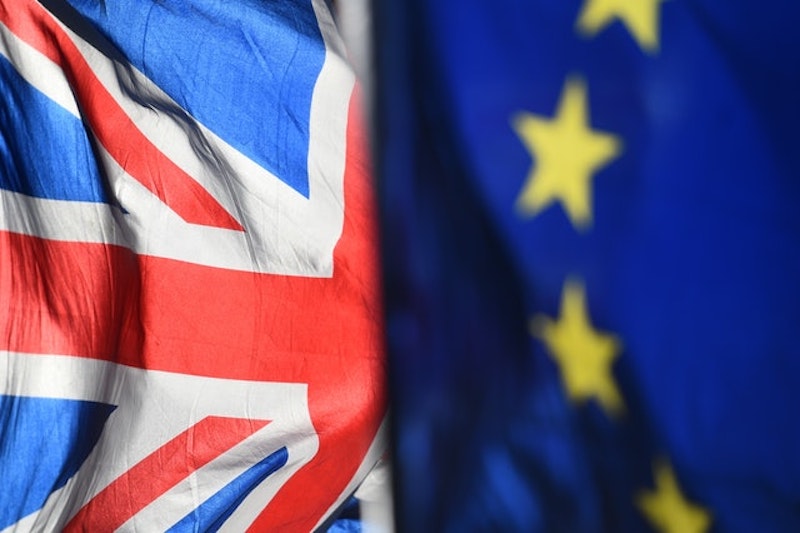 "Creative ambiguity" about how and when the UK settles the £39 billion divorce bill with the EU is Mr Johnson's suggestion.

He also expressed a desire to use fiscal "headroom" to borrow finance to fund large-scale infrastructure projects.

Mr Hunt warned he could refuse to pay aprt of the bill if negotiations fail and announced a £6 billion war chest to mitigate the blow dealt by a no-deal exit.

He also suggested farmers and fishers could be bailed out in a similar manner to the way the bankers were in the wake of the financial meltdown.

In order to fulfil his commitments, Mr Hunt pointed to the same apparent headroom as his rival and put a value on it at £26 billion.

But Chancellor Philip Hammond said any "fiscal firepower" stored up would all be needed to cope with a no-deal exit and would not be available to spend on fresh pledges. 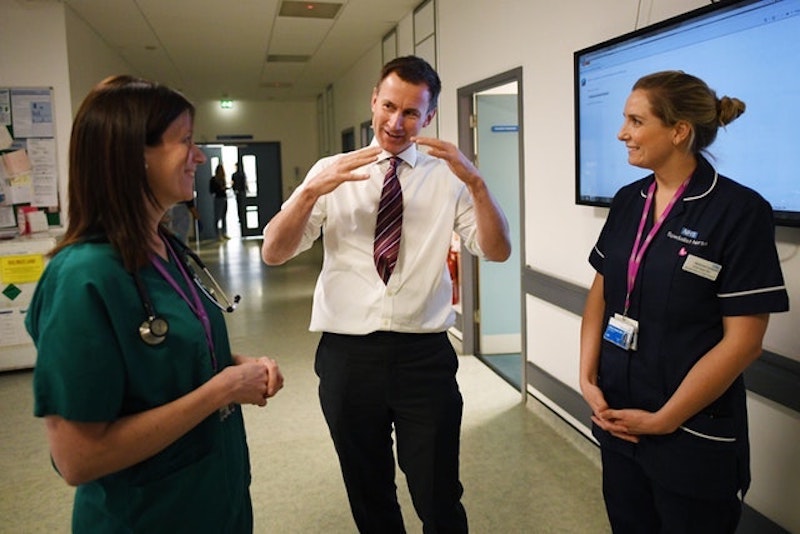 He has ruled out a pay-for-access NHS under his watch, even as a result of a post-Brexit trade deal with the US, as some fear.

One of his key allies, Health Secretary Matt Hancock, suggested Mr Johnson would commit to a pay rise for public sector workers.

But the candidate himself refused to make a spending pledge when repeatedly pressed by the PA news agency.

Mr Hunt spent more time in the post of health secretary than anyone else.

But his tenure was controversial and he was largely unpopular with staff during the junior doctor's strike.

He insisted that he was "doing the right thing", but that his failure in communicating his message.

He has spoken of his pride of the UK pioneering universal health coverage and denied he has any desire to privatise it. 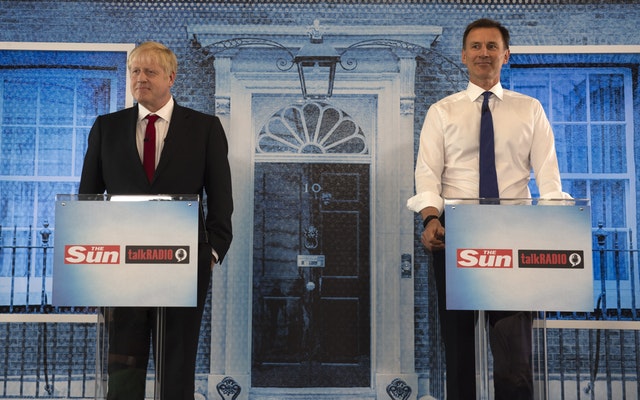 Mr Johnson refused to commit to reduce net immigration after Brexit in the final head-to-head debate of the contest on Monday.

Both he and Mr Hunt agreed that the vote to leave the European Union was a message to "control" immigration, but Mr Johnson did not say how he would achieve it.

Mr Johnson has taken a tough stance towards illegal immigration and pledged to guarantee the rights of EU citizens living in the UK in a post-Brexit world.

His grand proposal is a points-based system inspired by Australia, which he celebrated as having a simple system based on fairness, contribution and restriction.

He said the UK should be "much more open to high-skilled immigration such as scientists", but there should be "control" over the number of unskilled workers entering.

Mr Hunt called for "flexibility" to immigration numbers, though he wants to bring them down and review the £30,000 salary minimum for those arriving to work from overseas.

Mr Johnson points to his record as London Mayor when discussing the issue.

He supports the use of stop-and-search and pledged to give police the political protection "to do what they signed up to do".

Mr Hunt said his own party's austerity cuts to police budgets had gone "too far", and committed to increasing police numbers.

Mr Hunt has pledged to increase spending on the defence budget to 2.5% of the national income, a measure that could cost an additional £15 billion in four years time.

No bold pledges have emerged from Mr Johnson on the subject at this stage in the contest.

A subject both candidates are aligned on.

They have backed calls for increased legal protection of UK troops and veterans facing allegations of criminality, with Mr Johnson claiming some veterans have been "persecuted".

Mr Johnson is not a big fan.

He said the new high-speed railway to link London, the Midlands and the North of England is going to cause "a great deal of difficulties" for his constituents in Uxbridge and South Ruislip.

"Anxieties" about the business case was another issue he raised, and he said hw would have a review of the project.

Mr Hunt has described it as "absolutely vital" and hailed it as a way to "spread prosperity to the whole country".

He also said he supports the Northen Powerhouse Rail.

Mr Johnson wants to increase the amount spent on every secondary school pupil to at least £5,000.

Mr Hunt wants to write off the tuition fee debts of entrepreneurs who create a new business that employs more than 10 staff for five years.

He also wishes to review the high rates of interest on student loans.

He once vowed to lie down in front of bulldozers to stop the airport's expansion, but Mr Johnson has seemingly softened his opposition.

The MP said he still has "grave reservations", but said he would instead follow court cases "very closely" as prime minister.

Mr Hunt is clear - he would back the expansion.