The move comes amid a ban on smoking by the local NHS trust.

Vape stores have opened in two NHS hospitals in the West Midlands in a bid to help eliminate smoking.

The retail outlets, run by Ecigwizard, are based at Sandwell General Hospital in West Bromwich, and Birmingham City Hospital, both of which are run by Sandwell and West Birmingham Hospitals NHS Trust. 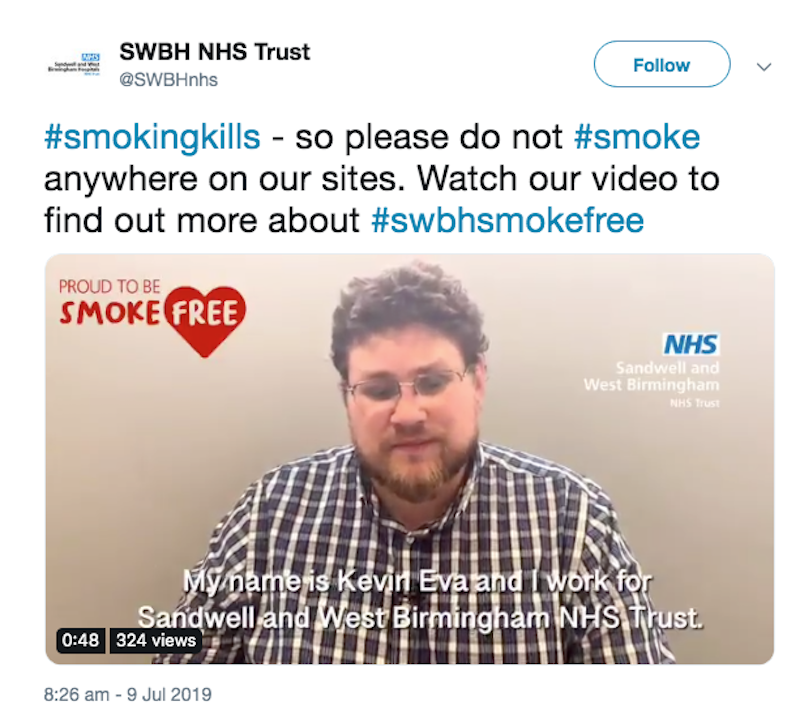 The stores' openings comes amid a clampdown by the trust on smoking on its grounds, with people being issues £50 fines since July 5 is they light up.

Security cameras are also being used to police smoking.

Using e-cigarettes outside is allowed, on condition that it takes away from doorways while smoking shelters have been converted into vaping areas.

The trust's medical director, Dr David Carruthers, said his organisation's board and clinical leaders are united in the view that eliminating passive smoking on its sites is a public health necessity.

"Every alternative is available and we ask visitors and patients to work with us to enforce these changes", he said.

"Giving up smoking saves you money and saves your health."

Professor Martin McKee, from the London School of Hygiene and Tropical Medicine, claimed the UK is "out of step" with other countries when it comes to messages concerning vaping safety.

He said San Francisco's decision in June to become the first major US city to ban the sale of electronic cigarettes was "sensible".

Prof McKee argued that e-cigarettes should not be actively promoted as a stop-smoking aid without knowing more about the effects of inhaling nicotine and flavouring chemicals.

"When we look at the evidence we do have, there's enough grounds for serious concerns," he told PA in April.

"The nicotine in e-cigarettes is not a harmless drug and then there are all these other things such as flavourings that are inhaled.

"We haven't had e-cigarettes for long enough to know the true effects.

"But when we look at the evidence we do have, there's enough grounds for serious concerns."

PHE has campaigned for smokers to switch to e-cigarettes on the basis that they are 95% less harmful than tobacco products - a figure disputed by Prof McKee. 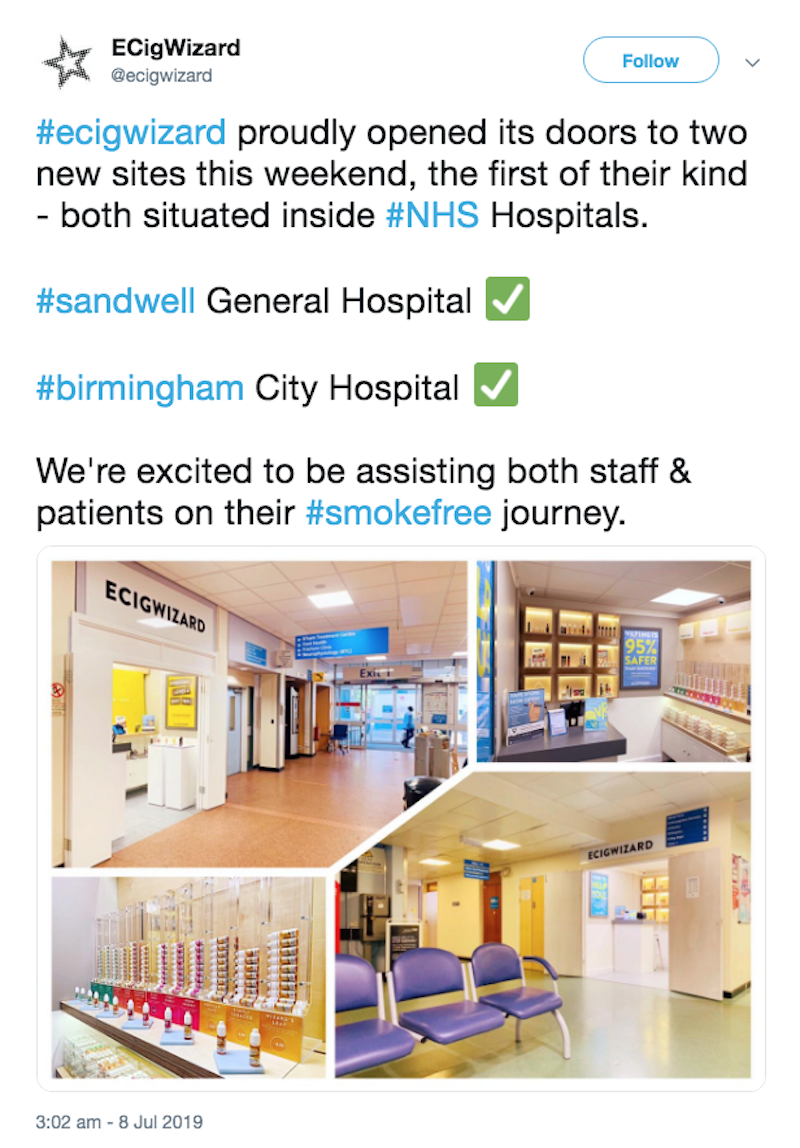 Joe Lucas, head of retail for Ecigwizard, said his company was "incredibly happy" to support the trust's smoke-free status.

"We are keen to offer vaping as an alternative to smoking, as a means to help people cut down or quit," he added.

E-cigarette use continues to rise, with 6.3% of British adults vaping in 2018, up from 5.5% the previous year, according to figures analysed by NHS Digital earlier this month.

Just over half (51.5%) of those vaping said it was to help them quit smoking.