A non-invasive urine test could be used by women to detect their risk of developing cervical cancer without needing to visit the doctor. 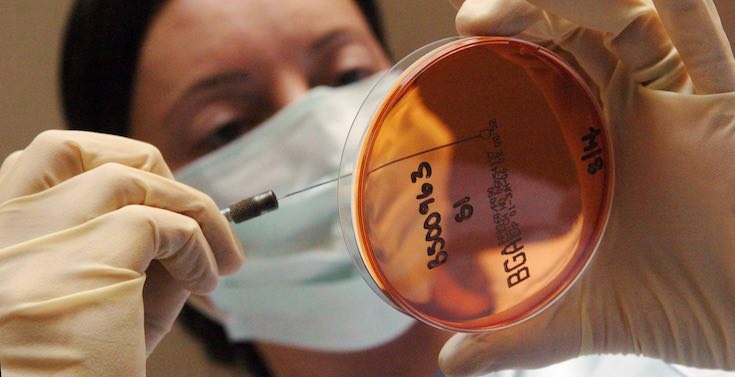 Women may not have to endure visits for cervical screenings

Researchers have developed a way to identify pre-cancer lesions by analysing urine and vaginal samples that could be collected by women in the comfort of their own home.

The “self-sampling” test proved popular with women taking part in the study, meaning it is likely to improve participation in cervical screening programmes if made widely available, they believe.

Dr Belinda Nedjai, director of the Molecular Epidemiology Lab at Queen Mary University of London, said: “The initial use of self-sampling is likely to be for women who do not attend clinic after a screening invitation and countries without a cervical cancer screening programme.

“In the longer term, self-sampling could become the standard method for all screening tests.

“The study indicated that women much preferred doing a test at home than attending a doctor’s surgery.”

She added: “We expect the self-sampling test to improve acceptance rates for cervical cancer screening, as well as reducing costs to health services and improving the performance of screening programmes.”

Dr Nedjai told the 2019 NCRI Cancer Conference in Glasgow that the study was the largest to test for the S5 methylation classifier, a chemical change to one of the four DNA base letters that make up the human genetic code.

The test looks at the methylation of four HPV (human papillomavirus) types most strongly associated with cancer and a human gene to calculate a risk score.

In the new study, 620 women with abnormal smear tests or positive HPV results were asked to provide vaginal samples collected themselves using swabs.

The researchers extracted and analysed the DNA in the lab and generated S5 scores.

In urine samples, the S5 test was better at correctly identifying women who did have pre-cancer lesions than existing HPV tests.

The S5 test correctly identified high-risk pre-cancerous cells in 96% of samples compared with 73% with an HPV-16 or 18 test.

They believe it could be used in two ways – as a secondary test on HPV-positive women, or as a standalone test, where it correctly identified 85% of samples that were pre-cancerous.

Dr Nedjai added: “We are currently working on new markers to try to improve the accuracy of the classifier even further, but these findings represent an advance in cervical cancer screening, especially for women who do not attend the clinic, such as older women, or women who find the smear test too painful or who do not have access to a screening programme in their country. We think it’s promising.”