Training to be a Mental Health Nurse

Chloe has recently qualified as an RMN after studying at LSBU. She talks about what training to be an RMN entails, including what the course has to offer.

Play video: Chloe discusses what it's like to train as a Mental Health Nurse.

I'm going to start off by talking about kind of the academic side of the course first and then I'll talk more about the practical placement side.

They are the people that kind of govern nurses and Midwife if you like, so they tell the university what they want you to learn.

Obviously the only thing that's going to differ will be maybe how they examine you and how they teach it.

That's going to vary from uni to uni but essentially the content is going to be very similar no matter which university you go to.

Your first year at university is going to be very generic so you'll spend the majority of your time with a mixture of other nurses so children's, adults and learning disability nurses, and there were even some midwives in my lectures in the first year and that's because essentially you learn the same core values.

So in your first year you kind of cover the basics of Nursing.

If I remember right we had two mental-health specific modules in our first year and then we have four generic modules.

You cover quite a lot of what's called the bio psycho social model and that is the idea that mental illness is a combination of biological psychological and social factors and the all of these factors can combine together and produce mental illness in someone.

This is the modern way of looking at mental illness whereas previously it was the medical model, and that was ‘your brains gone wrong you've got a mental illness and we fix it with these drugs’ but we now know that isn't necessarily the case and that other things can play a factor as well.

In terms of just generic nursing stuff you're going to do life sciences which is anatomy and physiology and how the body works, that's just stuff you need to know - it will be easier if you’ve studied biology previously, but this isn’t essential. This is always followed by a test.

You will also have maths exams throughout your university life and that's because, as a nurse, you're going to be giving out medication and you need to get that right.

Don't worry if you hate maths because I absolutely hate maths but I still get 100% on every one of my math exams.

The questions get a lot more complicated than that but once you learn how to work that out you can apply it to any kind of numbers and you'll get the right answer so it's really simple.

In your first year you’ll look into laws and ethics because obviously there are going to be situations that you might be put in where you don't know what to do ethically so you'll have ethical discussions and write an essay about it.

You'll learn a bit about the nursing code so things that are expected of us as a nurse they're all quite generic stuff.

You'll have to do maths again but you'll be pleased to know you don't have to do anymore biology after your first year as a mental health nurse, so if biology isn't your strong point as long as you pass it in the first year you don't need to worry about it again.

Your second year get a bit more specific and you look at public health. Public health is the kind of thing like stop smoking and making sure women get antenatal care.

You'll do a lot of reflection so you might have to write essays about the sort of care that you gave someone and whether it was good care, how you could have made that better, why you gave them that kind of care.

You also start to learn a bit more about research which isn't very fun it involves a lot of hours trolling through books in the library but you know it's just one of those things you've got to do.

Then in your third year you're going to get even more specific, have even more opportunities to tailor what you're learning to the area of mental health that interests you.

You'll have another maths exam but it's very similar to the two previous years and is very straightforward.

Once you know what you're doing you're going to talk about therapies you can use to help people so that's the module that I'm most looking forward to doing.

We only spend 12 weeks a year in university - you'll have a couple more weeks of study weeks, a couple of weeks of exams, but actually in uni attending lectures with only 12 weeks a year and that will take place in two 6-week blocks.

You'll actually spend the majority of your time on placement and placement is where you will be placed in a ward or a mental health service and you will then work as a nurse.

From my experience in the first couple of weeks you're in more of an observing role and just getting to know everything but after that I found that you do everything a nurse will do.

You just normally have to get things countersigned but essentially after about two weeks on the ward or in a service I do everything that a qualified nurse would do and I love it.

You get really stuck in and you learn that way as well.

Obviously when you're at university they'll teach you how to take someone's blood pressure, but I left that session not having a clue how to measure blood pressure.

Then my first placement was in an older adult dementia ward and obviously because they're elderly we have to monitor their physical health a lot every single day.

I was doing blood pressure again and again and at first I would do it with one of the qualified nurses that would talk me through it, and then after a few days could do it by myself.

How it normally works is you have absolutely no say where you go on placement which is a little bit frustrating but at the same time it's quite nice because it means that you will hopefully get a wide variety of placements so as I said my first placement was older adults with dementia, I then went into male acute admissions.

I also went to a CAMHS inpatient unit - that's child and adolescent mental health unit so it was a ward for teenagers then I went to a male PIC which stands for psychiatric intensive care, so that is for the most unwell and sometimes violent and aggressive again.

I'm currently in a drugs and alcohol community service, so as you can see I've done a really wide range of things which is the benefit think of the university choosing where you go because I personally thought I was going to hate working with teenagers.

When I saw where I was going, I was gutted and I thought I was going to hate it, now I love it and I actually think I want to go into adolescent mental health when I qualify.

I think it's a good thing that the university just puts you in places because it means that you might end up finding an area you thought you'd hate and you actually end up loving it.

I personally have had really positive experiences in all of my placements.

Generally I tend to find if you ask questions people are more than happy to answer them.

You can get really involved and essentially they let you do whatever you are competent to do.

You will have what is known as a mentor and everywhere you go you'll have a mentor - no matter what placement you will go to you will be assigned a nurse that is your mentor. You'll normally have a co mentor in case your main mentor is sick or goes in holiday but you will have someone that is responsible for you and you can tell them if you've got issues.

They're there to support. You can tell them ‘while I'm here I'd really love to learn how to do this’ and they can help you work out how to do that.

Personally I've always had pretty good mentors; my first placement the older adult ward my mentors weren't great but all the other nurses on the ward was fabulous and I still ended up achieving everything I wanted to do.

My second big piece of advice is, if something's going wrong in your placement, if you're not working well with your mentor or you're really struggling to learn for whatever reason you know if there are issues speak up.

Obviously your first port of call would be your mentor and if you don't get on well with them or for whatever reason you can't talk to them maybe go to the ward manager or you will always have somebody at your university to talk to as well, normally a personal tutor or a lecturer that is kind of your link between the Uni and placement.

Set up Jobs by email

Once you've created your account, you'll see that you can set up a Job Alert Email.

Choose the sectors that match your career experience, plus your location.

Search for jobs by clicking below.

When you find a job you want to apply for it will take seconds because you have an account created already.

Build and Store Your CV

Qualified Mental Health Nurses can choose to work in Child and Adolescent Mental Health Services. Nathan explains how to follow this career path and the deep reward of empowering young people. 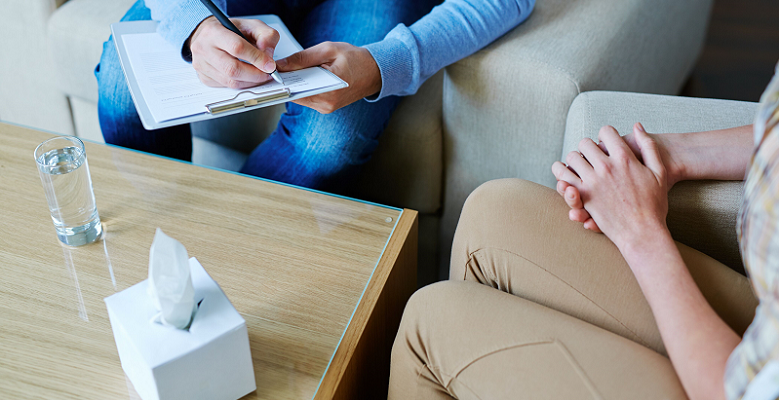 What is a Forensic Mental Health Nurse?

Forensic Mental Health Nursing is concerned with the management and treatment of offenders with mental health issues. Laura, a Matron in FMH, explains how you can work in this field.