The Tories have pledged an extra 50,000 NHS nurses in a bid to plug the existing vacancy gap, which currently stands at more than 43,000. 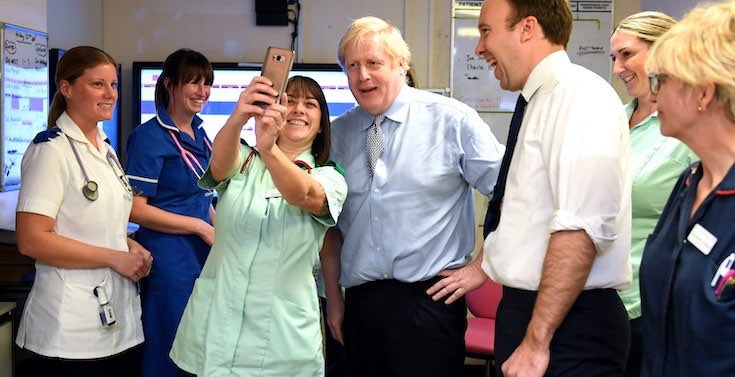 In addition to a promise to deliver another 50,000 nurses and extra spending on social care, the Conservative manifesto also reintroduces a nurse bursary – which the Government had scrapped – worth £5,000 to £8,000 per year.

Labour has said it will recruit 24,000 extra nurses and has pledged to reinstate NHS student bursaries worth £20,000 a year in maintenance and support.

The Tory manifesto says there will be 6,000 more doctors in GP surgeries and 6,000 more primary care staff such as physiotherapists and pharmacists.

In response to criticism from Labour, which said the NHS could be “up for sale” in trade talks, the manifesto says: “When we are negotiating trade deals, the NHS will not be on the table.”

The Tories also pledged to cut NHS waiting times for operations and A&E wait times – both of which are currently at the worst ever level – and improve cancer survival.

As previously announced, there will be an extra £1 billion a year for social care (having come under attack for a lack of action during their terms in Government) and a promise of cross-party working, 50 million extra GP appointments per year – a rise of 15% on current levels – and £34 billion more per year in cash-terms NHS funding by 2023/24.

The Tories also reiterated their commitment to 40 new hospitals and to sort out NHS pensions, which have led to rising waiting lists as senior doctors cut their hours in the face of hefty tax bills.

The 40 hospital pledge has come in for criticism after it emerged that while £2.7 billion has been allocated to six hospital trusts for building projects for completion by 2025, the other 34 projects for delivery by 2030 have so far just been promised £100 million of “seed funding”.

Health Secretary Matt Hancock has said the “seed funding” will allow hospital trusts to carry out design and planning work in preparation for the moment funds become available to start construction.

Speaking to the BBC on Sunday, Mr Hancock said the extra 50,000 nurses would be brought in over the Parliament through “a combination of training and extra university places, also nurse apprenticeships which allow people to train as they work, and there will be some recruitment from overseas with our new NHS visa”.

On nurse bursaries, he declined to say they should never have been scrapped but said there was a need to provide “incentives”. 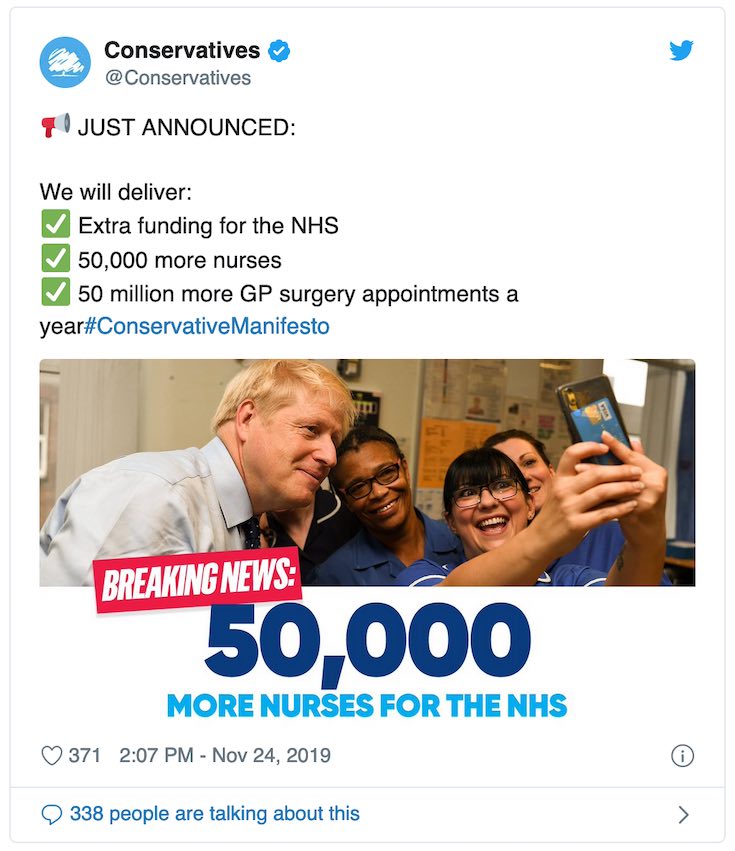 On social care, he said there was a plan set out in three parts: “First to put in immediate funding… the second to build that cross-party consensus… and the third part, we are clear we don’t want to see people having to sell their home to pay for their care.

“What I want to do is sit down with other parties and come up with a long-term solution that really sticks.”

A green paper on social care has been delayed several times by the Government.

The IFS said: “Spending in 2023-24 would be 2.3% higher under Labour’s plans than under those currently set out by the Government.”