The top 5 most unexpected truths about Midwifery

What do you think Midwifery involves? In this blog and vlog, Louisa shares some unexpected things about Midwifery which you probably didn't know!

Hey y’all, welcome back to my channel Being Louisa!

So today's video is sponsored by Nurses.co.uk.

Nurses.co.uk is an online website where you can find all things nursing from job posts to their blog posts, and on that blog section you can find tips and tricks on nursing school and what it's like to be a student nurse and a nurse in general.

Also, there's a midwifery section that's grown with us! Today's video, as you can tell by the title, is called The Top 5 Most Unexpected Truths About Midwifery - juicy!

• A midwife's top tips on how to survive the night shift

• 5 things I wish I knew before starting midwifery

So I actually did go round and ask people I know what they think most undetected truths were about midwifery.

Also, it's so cool, last week a blog post was posted under the Secret Community Facebook page and it was by a Midwife in Australia, and I put an insert from there into this is as well because it's so true what she says!

So yeah, let's get on with the video!

Not all Midwives are caring

Starting with number 5, not every Midwife is nice or compassionate.

Now, that may be a bit shocking since, especially here in the UK, we have the 6 C’s and one of them is being to be caring and the other one is to be compassionate and that's a really big thing for the NHS here in the UK.

You have to have those 6 Cs - if you don't have care or compassion that's a bit crazy, but it's true.

A lot of the experiences from people that are students and what they have observed in the clinic as well.

Number four; sometimes midwifery is directed by the doctors.

Now as you go more into the hospital and go into hospital care especially, then yeah it is quite dictated by doctors.

A lot of the time midwifery is medicalised and so that's why the doctors do dictate what happens or what midwives do, especially start interfering with labour and birth it does definitely get taken over by the doctors in that sense.

You've got to go to them for approval for saying things and you find that everywhere really - that leads into my last point but I'm gonna leave that until the last one!

You don't have a lot of contact time with women

Play video: Louisa talks about how she got into midwifery!

Number three - side note before I tell you number three, this does depend on the unit.

It changes from unit to unit and from what hospital, and it also changes depending on what technology you have available, what technology you do not have, however, number three is midwifery means ‘with women’ but a lot of the time we are not all women.

Now, in antenatal care, we have 20 to 40 minutes depending again on your unit and what's available and how subscribed your clinic is. 20 to 40 minutes is not a lot of time to get to know a woman, for women to get to know you, to build a relationship, to tell you everything that's going on with her life, if there's a domestic violence if there are any mental health issues - that's not a lot of time.

Also, new mothers have so many questions but they follow the pressure that they can't ask those questions because of the short time frame.

Now also labour and delivery, depending again on the unit and what’s available, a lot of the time you're outside of the room writing notes or you're in the room and you're writing notes - you have so many notes to write that you don't always get to spend a lot of time bonding or connecting with the women.

Sometimes you do, sometimes you're really lucky and you get to spend so much time with the women and you can pop out for a bit write your notes and get back in, that's great, but don't be surprised when you're not with the women constantly.

Then also, postnatally a midwife has between four to eight, I think there might be more beds I'm not sure on other units, but you have about four to eight other women and babies to look after.

That's not a lot of one-to-one care that's given, and sometimes if you give them those one-to-one care to one of your women and then someone else is gonna suffer from that, so it's really hard but we are understaffed and that's just how it is and it is kind of sad!

Not everyone is treated the same

Number two, unfortunately not everyone is treated the same and that is reflected in the maternal mortality and morbidity rate here in the UK and in other places like America.

Let me give the exact numbers - so the stats are from the Embrace Report that was released in November 2018 looking at the occurrences from 2014 to 2016, this was looking at the mortality morbidity rate which is the deaths and then also the subsequent injuries from pregnancy, labour and delivery.

This is in the UK.

It’s not even is likely to die, these women have died.

The reality of midwifery

And then last but not least, number one.

This is going to be an excerpt from the blog post I was telling you guys about.

I can't find it again which is so annoying because I wanted to put it in the description, but hopefully, some of you guys will know what I'm talking about. Basically, she's talking about how we go in all really sensitive, glasses, bright-eyed, bushy-tailed, thinking we're gonna be with women because that's what midwifery is, midwifery is with women.

What the realities of that is actually it’s not like that at all.

So this is a student midwife in Australia who this is her experience of it, I'm so sorry I don't know who you are but you're also anonymous for a reason, I guess.

I just sort of want to say thank you because when I read this I was like, that's exactly how I feel sometimes!

This is the part that I just took out;

‘all university education aims to facilitate this passion underpinned with feminist theory, enabling critical thinking, the use of evidence and the ability to learn how to apply to medical school with heart, and soul then at some point the underground practice begins. We set foot into the hospital. Here we fall into the deep chasm between theory and practice and experience the raw and visceral realities of the midwifery culture which exists at present. Where we thought we would be supporting women and spectacular physiology of birth, we find the technocratic perspectives in full force at every turn, in every space. Be it antenatal birth suite or postnatal review, women being actively disempowered, intervened with and unsupported every day.’

She's right, she's so right it's scary and crazy and it is a shock at that moment when you actually realise, wow, this isn't what I completely thought it was going to be.

I knew then technology was involved and I knew this wouldn't be happening, but wow!

It’s that moment that everyone talks about when they realised their parents aren't actually like superheroes and that actually they’re real people, they make mistakes, it's like that moment all over again for Midwifery.

We actually want to take control and be like ‘no, actually let's do it this way, do it that way because it's easier for you, the Midwife, not the women giving birth.

So yeah, it's really crazy but these are some things to think about.

I'm not bashing it because midwifery is amazing, I'm not gonna lie I love midwifery but there are times where I feel like it’s so much, but I love it.

I love that you just get to be with the woman and help a woman and comfort a woman, and be there for her and champion her on.

That's what I do and I love that I get to do that even more as a student Midwife because I don't have all the pressures of being a qualified Midwife just yet.

But I love championing them on and being like, you can do this, you've got this, you're doing amazing and you're gonna love the end result.

So yeah, I do love midwifery just so you know, I thought this video might be a bit bashier - I don’t mean to bash it.

It’s just so you guys know those unexpected things, but what all those people that said those things also said that midwifery is amazing and you can be that change that society needs.

So just remember that you can be the change!

In the meantime keep on being you - if you like this video, give it a thumbs up, comment down below any questions or suggestions and don't forget to subscribe to get weekly updates.

Looking for a midwifery job?

Discover our range of midwifery jobs 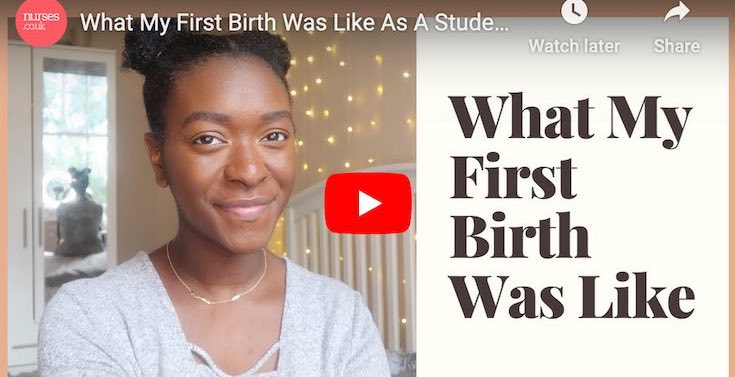 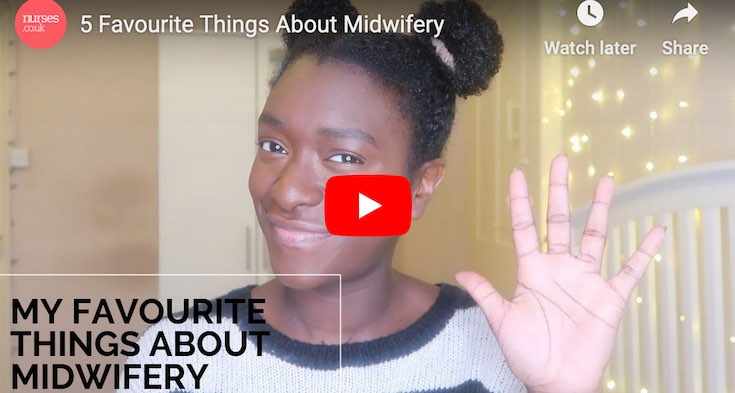 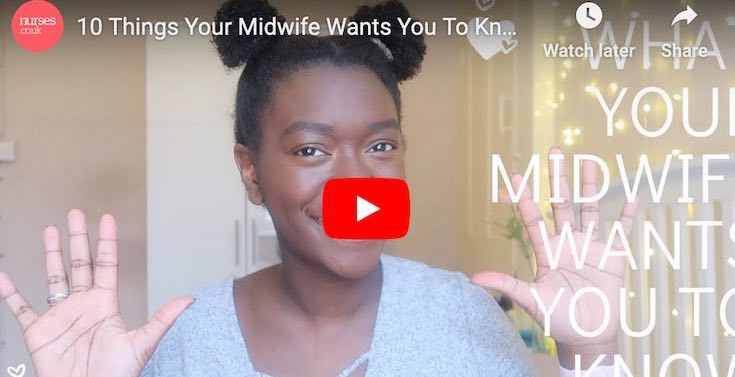 Pregnant mums - here's 10 things your midwife wants you to know!

Here are the top 10 tips pregnant mothers might like to know - they are the things to keep in mind during your pregnancy.