The number of mental health nurses has dropped by 10.6% in 10 years

Latest figures from the Royal College of Nursing revealed that the mental health nursing workforce has dropped by 6,000 nurses since 2009. 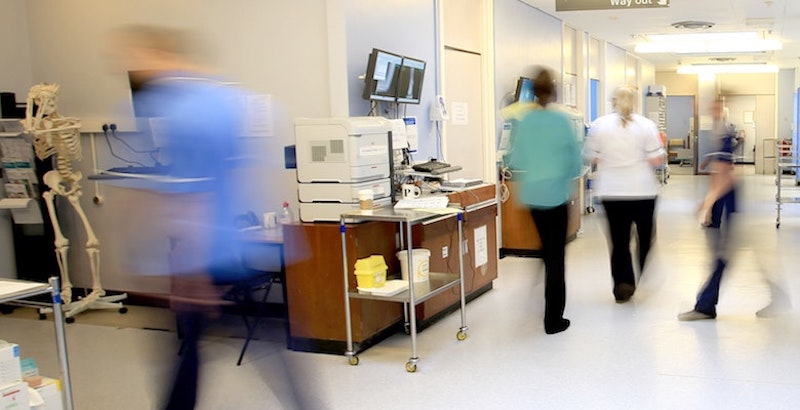 These latest figures from the RCN indicate the pressure of the staffing crisis on the NHS, which is continuous.

Despite commitments from past Prime Minister David Cameron, and current PM Theresa May to boost resources for mental health services, figures indicate that the number of RMN’s has dropped by a tenth in 10 years.

Areas such as community care have grown, however, acute care and inpatient care are suffering at a loss of a quarter of nurses (down by 25.9%).

Newly appointed chief executive and general secretary of the RCN, Donna Kinnair, plans to make a speech at the annual congress on Monday to call on ministers to address the 40,000 nursing vacancies and point out the new figures on the reduction in specialist mental health, according to The Guardian.

“Thousands of experienced professionals have been lost in recent years as the investment failed to match the rhetoric,” she will say.

“The shortage of beds, too, leaves vulnerable people often sent hundreds of miles from home and their loved ones for the care they need. As a country and a health service, we are letting down people who must be able to rely on us most.

“We must draw a line under this and allocate serious resources to mental health care, including the right number of staff.”

This shortage has caused some hospitals to temporarily close beds, such as this hospital in Oxford.

There have been warnings of a ‘postcode lottery’ with regions in the UK suffering from a lack of funds - it is reported that communities ‘in north and Midlands’ suffer from depression the most, with a quarter of people seeking help from GPs for help with the condition.

According to the Mental Health charity Mind, the average spend on mental health services per head of population is £124.48/year in parts of Surrey, compared to £220.63/year in South Yorkshire.

Since bursaries have been eradicated, the number of applications for nursing degree courses have dropped by 32%.

The long-term NHS plan supports premiums for undergraduates studying nursing degrees - aimed at mature students, it hopes to have an additional 4,000 people in training by 2023-24. Click here to train to be a RMN.

A Department of Health spokesman said “Expanding the mental health workforce across the NHS is a key priority and we’re committed to recruiting and retaining nurses – part of our plan to transform mental health provision with an additional £2.3bn a year investment as set out in the NHS Long Term Plan.

“We’re supporting students to embark on more flexible undergraduate degrees in mental health or learning disability training with an ambition of an extra 4,000 people in training in five years’ time.” Here are some reasons to be a RMN.