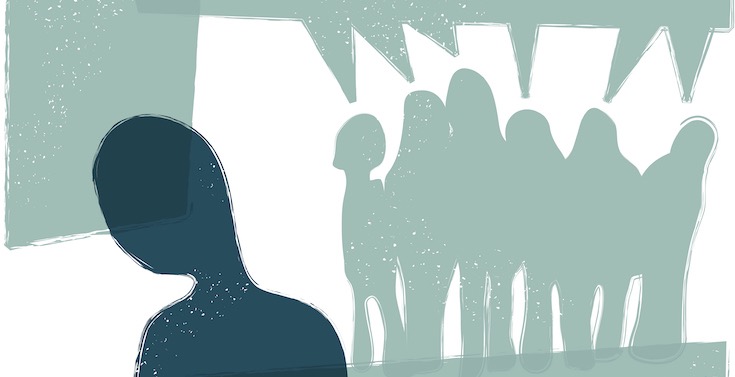 My Personal Journey As A BAME Nurse

The Difficulty Of Proving Arrested Career Development Is Racially Motivated

Why I Kept My Difficult Experiences To Myself

How Discrimination Has Impacted My Job As A Nurse

How Discrimination At Work Impacts Me As A Person

My Personal Journey As A BAME Nurse

My personal journey, tragically, is not particularly unique, nor is it extraordinary.

As a BAME (Black, Asian and minority ethnic) nurse I have never been taunted with racial slurs nor have I had slanderous remarks made to me due to the colour of my skin.

What I have experienced instead is the form of racism that most people now experience.

It’s what we now refer to as micro-aggression.

As a black nurse I had to do what I’m sure most would relate to as going above and beyond to be noticed.

Not noticed as being the loudest in the room or the one with the most to say (something which, as an introvert, would be terrifying for me to live through).

But going above and beyond the call of duty.

This is because opportunities don’t get handed to people like us.

This is something I have lived by and known to be true throughout my working life.

This means that when opportunities do come knocking, you need to have already truly crossed all your Ts and dotted your I’s.

The Difficulty Of Proving Arrested Career Development Is Racially Motivated

However, what happens when the decision of whether you are given the opportunity to further develop your skills in a senior position is down to a person whom may not have your best interests at heart.

Within the healthcare sector before you can put yourself forward for a secondment your manager has to sign off on it to ensure that you can be released from your post without it negatively impacting on your substantive service.

In this situation I was given the green light to go through the application process.

At the end of this process I was successful at interview and offered the secondment.

On informing my line manager of this news I was told ‘we won’t be releasing you to go for that secondment’.

I truly felt my world crash.

I had been proactive, I had shown initiative.

I had done all the things we are told to do when you want to get ahead.

But after weeks of preparation and planning and succeeding I was denied the opportunity to take up this role which would have supported my continuous professional development.

Here, I was told the timing wasn’t right and I was needed at my service.

This reason, although a crippling, bitter pill to swallow was made insanely worse when within a matter of weeks my white colleague was released to go and take up a role in a similar secondment.

How does one speak up about this type of discrimination? 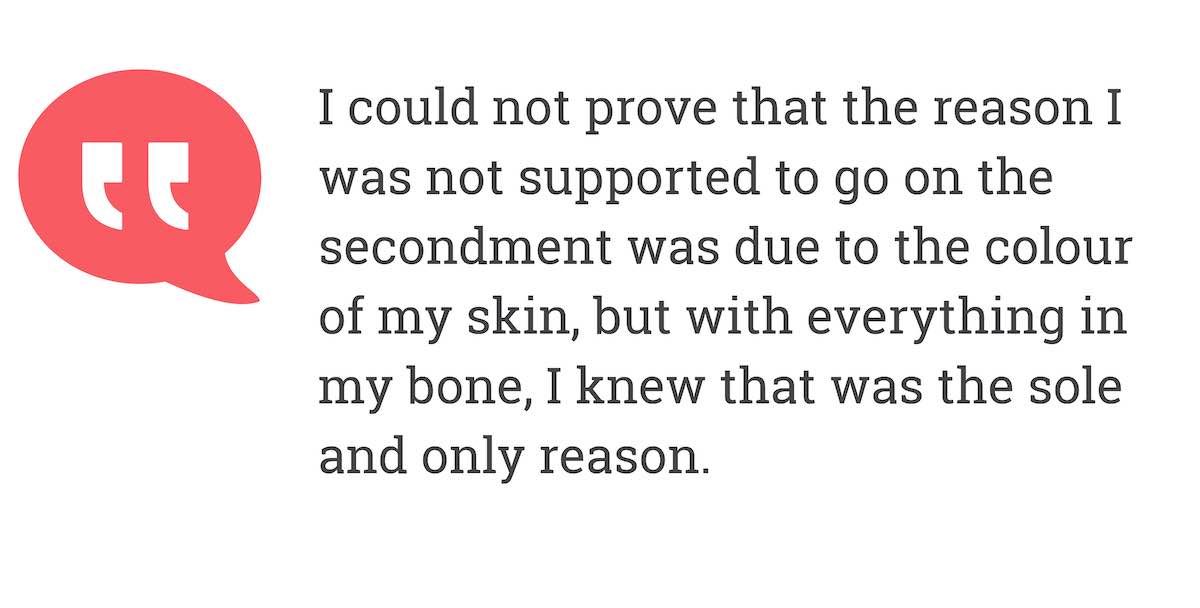 I could not prove that the reason I was not supported to go on the secondment was due to the colour of my skin.

But with everything in my bone, I knew that was the sole and only reason.

Why I Kept My Difficult Experiences To Myself

I have experienced situations where BAME leaders I have worked with have taken a keen interest in my progression, but I know this isn’t always the case.

Joining a new team can be always daunting no matter your race or background.

But what happens when you get that big role you wanted and find that you are joining a team of predominantly white colleagues, in an environment which would prove that being different was not the thing to be.

Being a black woman within this environment has been one of the most difficult experiences I have had to endure in my adult life.

As nurses, during our training we are taught the value of reflection and using reflection to improve our practice and as a tool to identify learning from difficult situations.

However for most when faced with these sorts of situations and events we compartmentalise, store it away and move on, because these are people who we have to continue to work with and maintain good professional conduct with.

Often this is the reason people do not report their experiences of racism, and it’s certainly the reason why this is the first time I have spoken publicly about my own experiences, outside of my close knit support network. 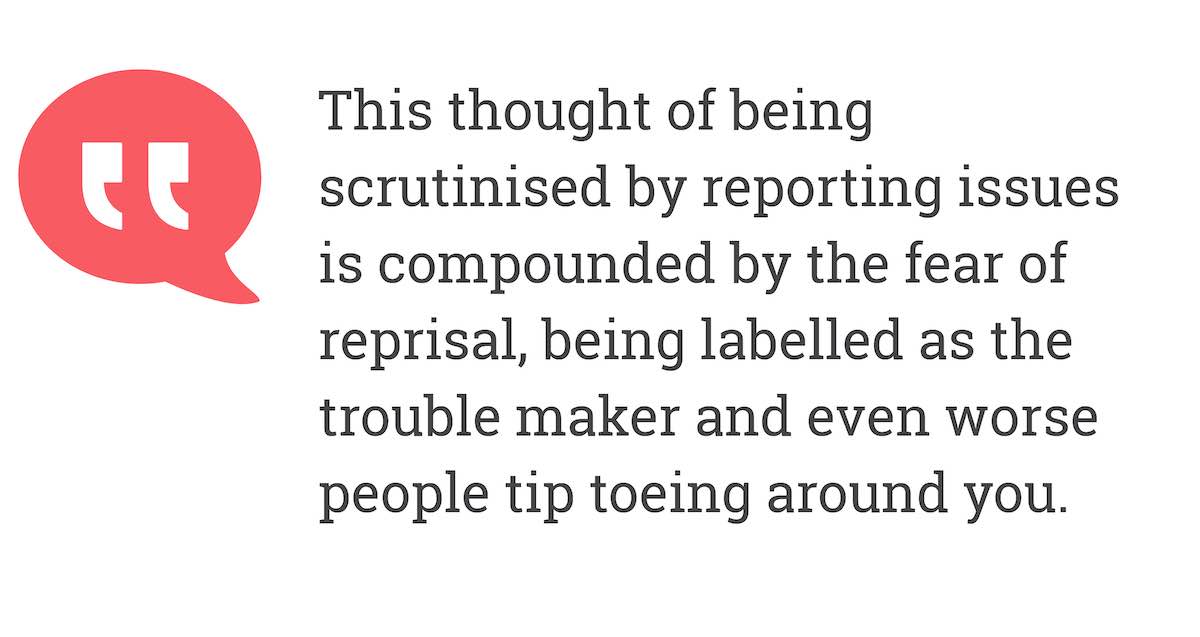 This thought of being scrutinised by reporting issues is compounded by the fear of reprisal, being labelled as the trouble maker and even worse people tip toeing around you.

This was bullying, harassment, being made to feel unwanted, not fitting in as a result of the colour of my skin as well as the intersectionalities of my being; that of my age and being a woman.

How Discrimination Has Impacted My Job As A Nurse

In this moment I felt more certain than ever before that this was discrimination.

In this situation being a young, black female with ambition and drive became my worst attributes.

My ideas were not considered, my contributions pushed down, and every decision I made was second guessed and questioned.

This wasn’t a competency issue.

This wasn’t because I wasn’t good at my job.

This racial discrimination came from colleagues no more senior than myself.

Managers, for all their efforts, did not quite know how to really handle the situation, which was that I was being singled out and bullied because of the colour of my skin.

In this same environment I had senior consultants making comments in multidisciplinary team meetings with service users and other staff present, such as that I should know all about gang culture and knife crimes.

Of course, the clear implication is I would know about gang culture and knife crime because I’m the black person in the room.

In this same environment, I had senior HR partners imply that another BAME nurse’s misconduct at work was due to her race.

The HR business partner asked me whether in my opinion this staff members’ conduct and behaviour, which had been deemed as rude, uncooperative and dismissive, was because of her race and culture.

This is the environment I was practicing in, looking to build a career in, and seeking career development and progress in.

How Discrimination At Work Impacts Me As A Person

I have always been a confident practitioner, proud of my accolades and skills with a strong moral compass and a good sense of self awareness.

However, I now found myself becoming vulnerable, quiet and cowardly.

I would wake up in the morning with dread of going to work knowing I would have to spend the day being emotionally beaten down and made to feel less because of the colour of my skin.

Getting home exhausted, miserable and snappy was an everyday occurrence which my family had to endure.

One day I approached my manager and broke down in floods of tears, something I had never done in a workplace before, overwhelmed by feelings of helplessness, and pure anguish.

I knew in that moment, when faced with this fight or flight conundrum, for my own mental health and wellbeing, I had to leave that organisation.

Follow me on my social channels to find out more about Niche Careers Consultancy.

Let me know in the comments your thoughts on discrimination and what I've said about my journey - let's chat there!

I’m a registered Mental Health nurse, MSc, and a Senior NHS manager. With over 10 years experience in mental health care, I’ve managed a variety of services including Forensic specialist mental health, and a Psychiatric Intensive care unit. My passion is improving the representation of diversity in healthcare leadership. I have founded Niche Careers Consultancy to help BAME Nurses with targeted consulting on navigating career pathways and practical skills to achieve career progression success.

I’m a registered Mental Health nurse, MSc, and a Senior NHS manager. With over 10 years experience in mental health care, I’ve managed a variety of services including Forensic specialist mental health, and a Psychiatric Intensive care unit. My passion is improving the representation of diversity in healthcare leadership. I have founded Niche Careers Consultancy to help BAME Nurses with targeted consulting on navigating career pathways and practical skills to achieve career progression success.