Target of hiring 5,000 foreign nurses a year for the NHS has been cut

The plan was hard to commit to as the government is committed to reducing migration levels. 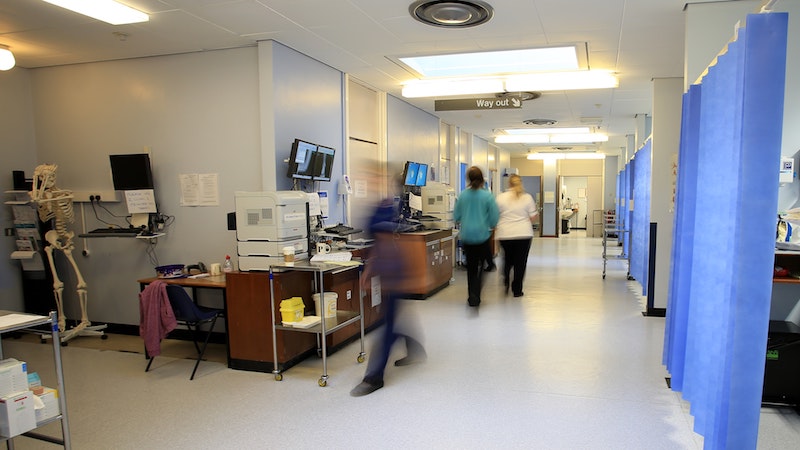 A plan to employ thousands of foreign nurses for the NHS has been axed, according to The Guardian.

The target of employing 5,000 foreign nurses a year for at least 15 years has been cut from a high priority plan to resolve the NHS staffing crisis.

With staffing pressures expected to worsen, the axing of this plan will reportedly frustrate health chiefs.

With post-Brexit plans bringing in new, controlled immigration rules the situation could get worse unless the NHS is ‘handed special treatment’.

This makes the plan to hire 5,000 foreign nurses a year until the year 2024 unattainable.

The Guardian understands that senior medics have complained about the government's inability to solve the NHS staffing crisis.

Some are blaming George Osborne’s decision to stop paying nursing students’ tuition and maintenance fees as a key factor of this issue.

As the government remains committed to drastically reducing net migration, the target for overseas nurses would be ‘politically difficult’.

According to The Guardian, health experts are still uncertain about how post-Brexit immigration rules will affect the NHS.

The post-Brexit proposals suggested that migrants would have to earn at least £30,000 to be able to work in the UK, meaning that 40% of migrant nurses joining the NHS in 2017-2018 would have been barred, according to the Nuffield Trust thinktank.

Considering band 5 pay scale goes up to £28,746 on average this means that foreign nurses would have to be band 6 or higher, making it even harder to employ foreign nurses.

The Nuffield Trust thinkbank also found that ‘72% of nurses, 70% of scientific, therapeutic and technical staff and 36% of ambulance staff earn less than the £35,800 threshold for indefinite leave to remain’.

Occupations with shortages are exempt from the thresholds, however, this is only a temporary measure.

They warned “The NHS is in a state of chronic stagg shortage due to poot planning and insufficient training numbers over many years.

"There are 100,000 vacant posts in English trusts alone, although many will be filled by agency workers. The problem is concentrated in nursing and general practice.”

Mark Dayan, a policy analyst at the Nuffield Trust thinkbank, said “We calculated that international recruitment of 5,000 nurses a year would be what it would take to halve the nursing gap, not even eliminate it, by 2023-24. If that doesn’t happen, the sort of shortages we have now will continue. That’s a patient safety issue and the ability of the NHS to move forward and get out of this crisis situation.”

Cutting this target puts much more pressure on the need to attract and train up British nurses.

Dame Donna Kinnair, chief executive and general secretary of the RCN, said: “While it’s beneficial in the short-term, reliance on overseas nurses to plug gaps in England is clearly unsustainable.”