Health experts said the problem was a complex one and required greater focus on filling gaps in abusers’ lives like unemployment. 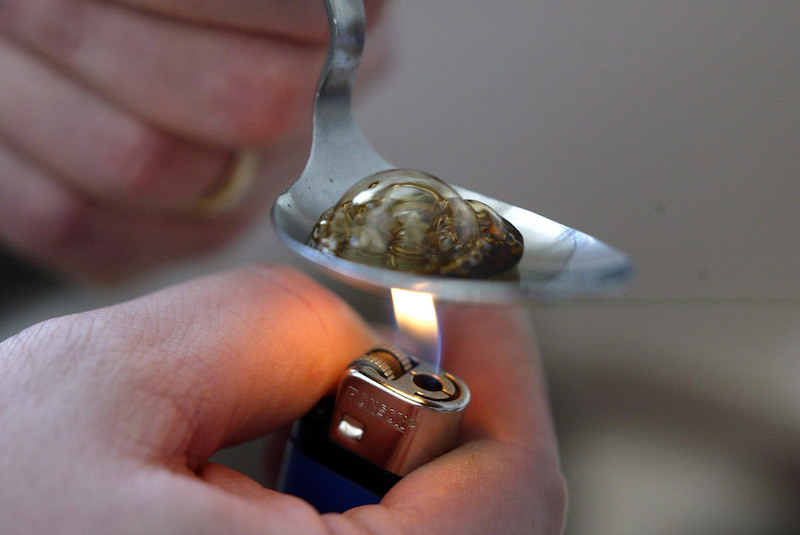 The number of hospital admissions caused by heroin poisoning has increased significantly in Northern Ireland.

One doctor proposed a greater focus on filling gaps in abusers’ lives like unemployment.

A rise in the total of users was blamed for the inflated figures. The information was obtained by SDLP East Londonderry Assembly member John Dallat following a Freedom of Information request, and he said it represented a “train wreck” waiting to happen.

West Belfast GP Michael McKenna said: “It is becoming more prevalent so it is easier to obtain.”

Mr Dallat added: “The increase in heroin addiction cases is most worrying and represents a train wreck coming down the tracks with no return for many of those diagnosed with this deadly addiction.

“Based on my own inquiries, I understand this deadly business is being conducted by ruthless people with no regard for anyone and motivated only by creating addiction among people who may already be on drugs.

“If this pattern is to continue there is every reason to believe all health trusts will experience an increase in admissions for heroin sufferers while the situation in the Belfast area will, undoubtedly, become much more serious as the availability of this poisonous substance reaches more and more vulnerable people.”

Dr McKenna said many users ended up homeless because their lives were chaotic.

He added: “Ultimately they become pariahs and they are cast out by family and friends.”

His practice is based on the Falls Road. He said people often found solace with groups of other users and were filling problems in their own lives with heroin.

He said: “If you find how to fill that gap then you are part way to answering your heroin problem.”

In Portugal, all drugs have been decriminalised and users are given purpose and found employment.

“The reasons for people taking drugs are complex and varied, and drug misuse can affect anyone.

“Whilst heroin and other opiates are used by a small proportion of the population, the risks for those misusing the drug are significant, both in the short term and long term.

“The primary risk factors when using drugs include taking too much of a substance; taking a substance over an extended period of time or ‘bingeing’; mixing drugs with other drugs and/or alcohol; and, using drugs on your own.

“The PHA would strongly advise that the only way to avoid all risks is to not take any drugs which have not been prescribed for you by your doctor.”

A spokesman for Health & Social Care Board (HSCB) said it recognises the “devastating and debilitating impact” that drug and alcohol addiction has on the lives of individuals and their families.

“The HSCB is working closely with the Department of Health, Public Health Agency, Trusts, primary care and a range of partners to develop and enhance access to a range of alcohol and drug related specialist support services,” the spokesman said.

“This is a key priority. The reasons for substance misuse are multifaceted and require a societal response.

“The HSCB has been and continues to be a key partner in delivering that response.

“There is an ongoing review of HSC community addiction services to address the increasing complexity of problems being experienced by individuals misusing alcohol and drugs, an increased supply/availability of new substances, changes in drug using trends and increased levels of referrals to treatment services.”