Surgeons save hand of man who suffered double-level amputation

A man who suffered a double-level amputation after catching his hand in an electric saw has had it saved by surgeons following 17 hours of surgery. 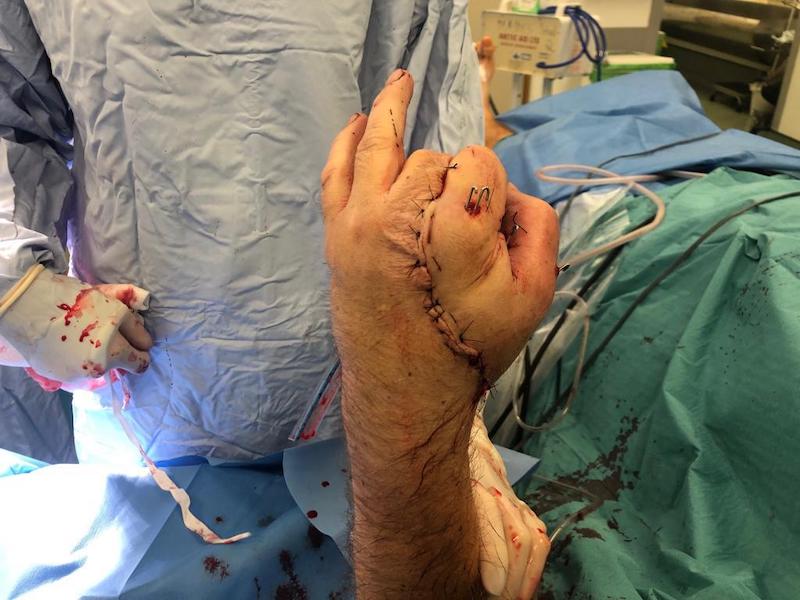 Anthony Lelliott, 46, almost completely cut off his hand in two places after injuring himself while chopping floorboards.

Doctors at St George’s Hospital in Tooting, south London, were able to help the carpenter regain the use of his hand after attaching it to his groin for two weeks to help the skin grow back.

Consultant plastic surgeon Roger Adlard, who was on call when Mr Lelliott was brought to the hospital, said the injury was “probably the most complex amputation” he has ever operated on.

His hand had been almost completely severed at the base of his palm and just below his fingers. 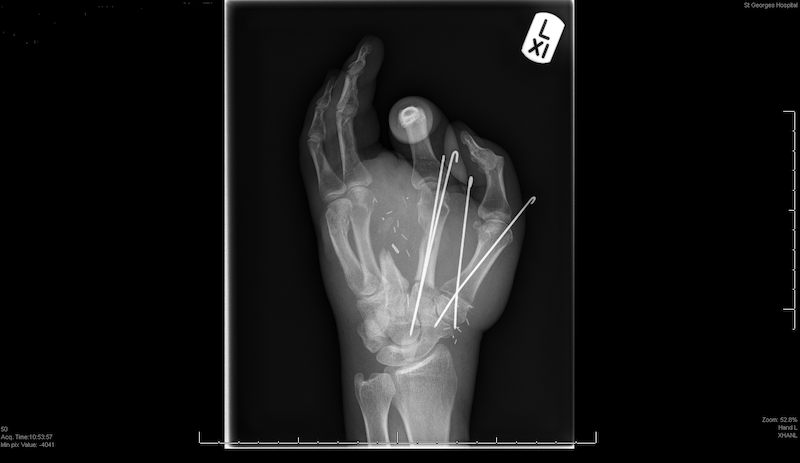 An x-ray of Anthony Lelliott’s hand after the operation

After fixing his broken bones, doctors harvested nerve and vein grafts from his forearm and foot respectively, using them to bridge gaps across his wounds.

Mr Adlard added: “There are many surgeons who, once they’d seen that level of injury, would think it was unsalvageable.” 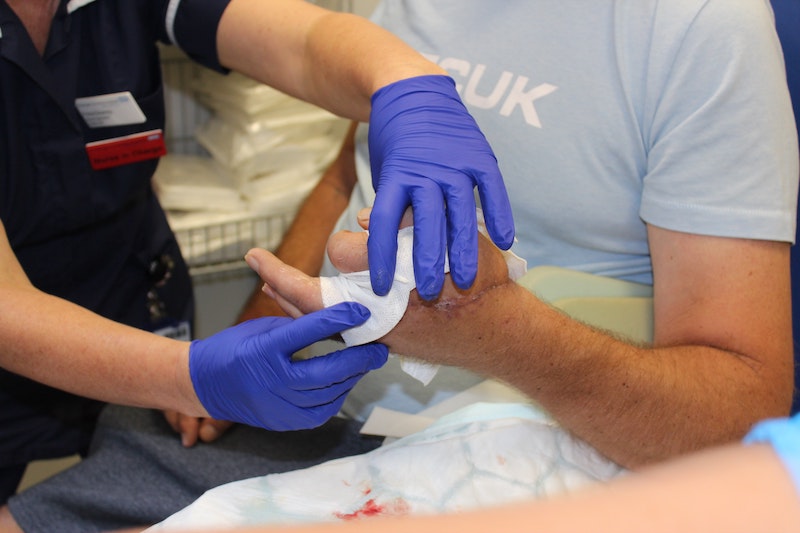 Mr Lelliott, who is from Walton-on-Thames, Surrey, said he lost a lot of blood at the scene and does not remember much about the accident with the chop saw.

He added: “I don’t know whether it was my brain playing tricks on me, but it was like an out of body experience; I could see myself what I’d done.

“There was blood spurting out everywhere.”

After working through the night to perform the operation which saved Mr Lelliott’s hand, doctors noticed that his middle finger had little bone stability or feeling and decided to sacrifice it and use the bone and skin to help reconstruct his palm.

However, as there was still not enough skin to cover his palm, doctors cut a flap of skin in his groin and sewed his hand to it, leaving it attached for two weeks.

When the skin from his groin grew new roots to where it had transferred to Mr Lelliott’s hand, doctors cut it free. 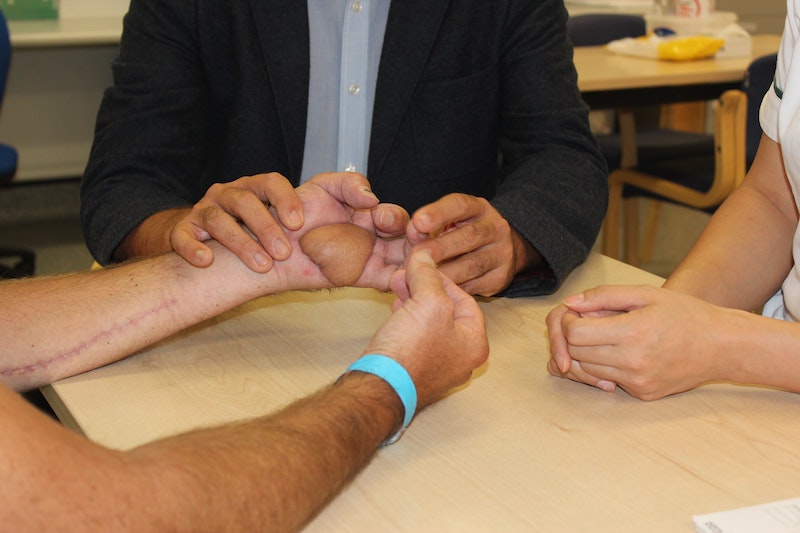 After working with therapists, he has since regained some movement and feeling in his hand.

Mr Lelliott said that he has received “fantastic” care, adding: “Words can’t describe it because I was expecting to wake up without a hand. “It’s unbelievable really, I’m so grateful.”

• Gabriela is a surgical ward nurse and this is her job