The use of music playlists in A&E wards was found to have a calming effect on almost all elderly dementia patients in a trial. 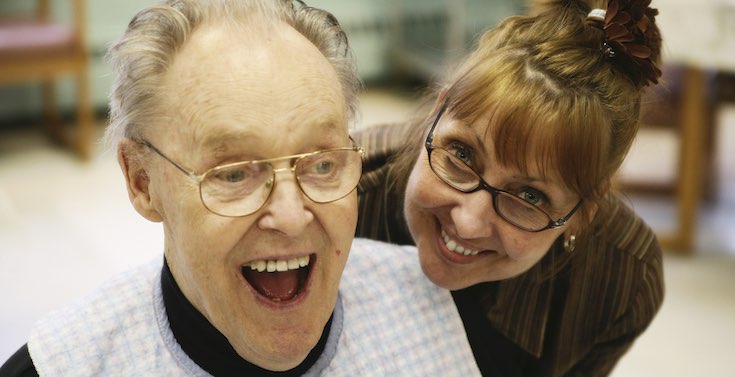 In an eight-week project carried out by NHS Fife, an MP3 player was loaded with songs from a variety of genres and given to patients displaying stress and agitation, along with headphones or mini speakers.

Researchers found the use of music as a diversion technique significantly reduced levels of agitation and led to them becoming markedly less stressed during clinical procedures in 96% of cases.

Now the technique has been introduced in post-theatre recovery and wards with elderly patients after the success of the trial, carried out in conjunction with music and dementia charity Playlist For Life.

Helen Skinner, an Alzheimer Scotland dementia nurse consultant, said: “Patients can be distressed when they come to A&E and we initially try to deal with that distress non-pharmacologically.

“We’ve found the use of music in an A&E setting has been hugely beneficial in supporting many patients with dementia to help relieve that distress.

“We’d like to see the use of music as a necessity, not a nicety, as part of a wider approach to helping patients and their carers deal with dementia.”

The study, based on trials with 28 patients, featured assessments on nine key behaviours including eye contact, vocalisations, touch, movement to music, laughter and smiling.

It concluded “the use of music complements scientific treatment by distracting people’s attention away from stressful procedures”, which decreases anxiety. Sarah Metcalfe, chief executive of Playlist for Life, said: “The results of the project by NHS Fife are really encouraging.

“Playlist for Life hopes other NHS Trusts adopt the approach to help them enhance not only the level of care they provide to patients living with dementia, but also to support family members and carers.”

Adam Daly, chairman of the old age faculty at the Royal College of Psychiatrists in Scotland, said: “We’re very supportive of any research which is evidence based in helping people with dementia who are distressed, especially where medication can be avoided.

“These interventions can take many novel forms but the use of music, supported by Playlist for Life, has been an exciting development over recent years and it is great to see it has been used to benefit people with dementia, especially within the hospital.”