Lottie answers questions that you may have about student nursing - whether you're thinking about applying to university or if you're a student nurse already, this blog is just for you!

Today I'm gonna be filming a nursing student Q&A video. Basically I've been asked some questions so I thought that I would answer them.

Don’t forget to subscribe to my channel and also Nurses.co.uk’s channel!

How do you create a balance between nursing and your social life?

My answer to that is that I pretty much don't have a social life, like I know that sounds so sad but I never see my friends.

I live with my boyfriend and pretty much all of my time is either spent at uni or spending time with him, so he is kind of like my social life so it's literally just 50/50.

How do placements work and do you get any say on when or where it is?

We don't get any say on where we go or when we do it.

We did answer a questionnaire at the beginning of the degree saying where you'd prefer to go but I haven't had any of the places that I said that I prefer to go yet, so I don't know whether we are going to get any of them.

At my uni, which is De Montfort, when you first start the degree in first year you'll get six months at uni and then you'll go on placement for four or six weeks.

In first year we have three placements and was at uni for a few months. We was at placement for like a month and half, so six weeks at a time, and then second year, which is what I’m in now, they've changed it so that we have two long placements instead of three small placements.

I had one placement at the very beginning of the year so as soon as I started second year I had a month at uni, an assignment and then I was on placement for I think it was like 12 weeks.

I've got my exam at the moment so I'll be going on placement in December.

For more on placements advice, head over to Chloe's video.

Play video: Eniola also shares tips on how to get through your placement.

Have you ever felt unsafe on the ward and how do you deal with that?

Some of the patients kind of have scared me a little bit in the past because they're kind of unpredictable.

If I did feel unsafe how would I deal with it? I don't really know actually, I won't know until like I'm actually put in that position but I'd probably speak to my mentor about it.

I definitely recommend that and if it's something that your mentor can't handle then I definitely go to like personal tutor or maybe like the ward sister matron who runs the wards.

Why did you choose to be a nurse?

I can't actually physically remember the very second I thought I wanted to be a nurse, it was more like a gradual thing and I remember being in like year 10 so I was maybe 15 or 16.

I basically just thought I would go in the path of the babies in the intensive care unit where they're in, however I started to do work experience in a club for children with disabilities every other Saturday and that was where I was getting my work experience for my CV to get into uni for my UCAS application, and then I did work experience in a school and then I decided from doing those clubs and everything I wanted to be a children's nurse.

I also decided that I wanted to do adult nursing first so I could move on to other forms of nursing after, as if I did children's nursing first, if I ever wanted to do anything different such as adult nursing, midwifery or learning disability I wouldn't be able to do it because I'd literally just be trained as a children's nurse and it'd be a lot harder to do the other things.

Do you ever feel like quitting, if so how do you cope?

I deal with stress quite well unless I'm stressing about failing but so yeah and I hope if I have any doubts in myself like ‘oh my god I'm gonna fail this assignment’ I'll just sit there and I'll be like - look, you can get three fails a year before you're actually kicked off the course so if you get one fail it's fine, you only get about four assignments and then like an exam every year anyway so if it would be pretty hard to fail.

How would I cope if I did feel like quitting? Again I would probably just sit there and think like there is light at the end of the tunnel, I can get through this and I will have a lot of fun once I'm actually qualified and think about the money that I'm gonna get because at the moment I'm struggling so much and to know that I will actually be maybe financially stable in a year.

I would never ever ever quit and I don't actually feel like quitting ever so that's really good. 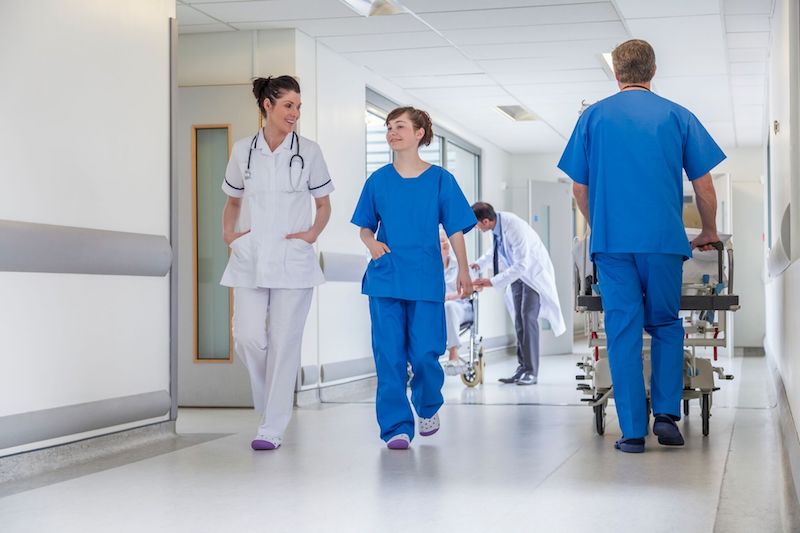 'I also decided that I wanted to do adult nursing first so I could move on to other forms of nursing after.'

Was nursing what you thought it would be and what were you expecting least?

Nursing actually was very different to what I thought it would be, mainly because I didn't actually know what to expect.

I didn't think it would be so elderly orientated like obviously there’s every age group but the main age group is going to be elderly and they're obviously the ones that stay in hospital for longer.

The only thing that really links them together is like the responsibilities that you have like medication and caring and that's the only thing that joins them all together but other than that every single job that you get the nurse is definitely different.

How can I stand out in my nursing application?

There's an article on Nurses.co.uk about how to write your personal statement for a nursing course application, so definitely give that a read as that will be super useful!

If you've got loads of experience you'll stand out right right away by putting in every single bit of experience that's related to nursing even if it's just volunteering, any charity work.

I did NCS at school, where I raised money for the RSPCA and I put that on there and that helped me out and even though I only applied when I was like 18.

I did have work experience, you know volunteering and everything it probably wasn't the best work experience and I'm actually really lucky that I got in because most people on my course have had like a few years worth of experience working as part of a health care system in hospitals.

I feel like if you do want to apply for nursing you should get a healthcare assistant job for a year and a half or two years, maybe like as long as you can.

Make sure that as long as possible and unless you're actually dying to go on the course then I'd probably try applying every year.

Work as HCA and that will just like really help you out, you're bound to get in somewhere.

It depends on which university you apply for - some only require like minimal grades and minimal experience and all these the higher Universities will require a higher grade such as like three B's and loads of experience.

So yeah, getting a lot of experience will really help you stand out!