Community-acquired pneumonia with sepsis can be fatal, especially if left untreated for a long period. 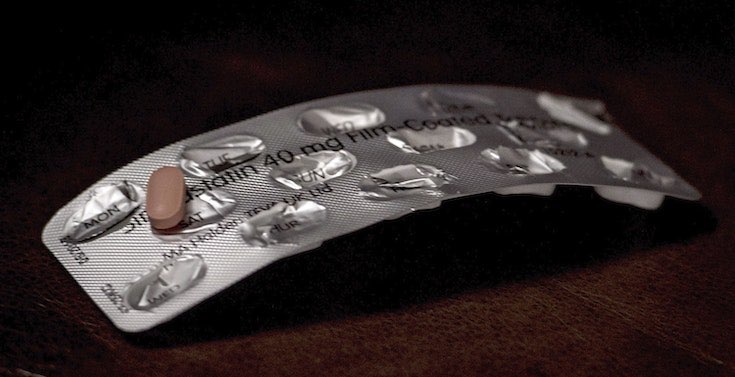 Statins could be used to treat older patients admitted to hospital with a severe type of pneumonia, scientists have said.

Researchers looked at whether a high dose of a statin called simvastatin over a short period would improve immune system function for older adults who had been admitted to hospital with community-acquired pneumonia with sepsis.

They found that the patients who were given the statin had an increase in the activity of white blood cells, which help the body to recover from pneumonia.

A clinical trial, funded by the British Lung Foundation and the Medical Research Council, involved 62 patients aged over 55 who were admitted to Queen Elizabeth Hospital Birmingham between November 2013 and January 2016.

They were then followed up one year after treatment.

The patients were selected at random to receive either a placebo or a daily 80mg dose of simvastatin for seven days as well as antibiotics and intravenous fluids used to treat pneumonia.

Lead author Dr Liz Sapey, a reader in respiratory medicine at the University of Birmingham, said: “When it comes to recovering from pneumonia, half of the process is down to the antibiotics used to treat the illness, while the other half of recovery is down to our own body’s response from our immune system.

“We know that the immune system is compromised as we increase in age and we know from previous research in our laboratory that statins can improve how the white cells, essential for our bodies to fight infection, respond to an infective challenge.

“Our research showed that in the patients who were treated with statins rather than a placebo, their white cells function improved.”

The higher the SOFA score, the more likely that the patient’s health will deteriorate due to organ failure caused by sepsis.

Trials where statins were not used had higher mortality rate

According to the study published in the American Journal of Respiratory and Critical Care Medicine, patients who were given simvastatin were at lower risk of organ failure.

Dr Sapey added: “What’s more, at follow-up one year later, the results also showed that those in the placebo group had a higher rate of mortality and were readmitted to hospital more frequently than those taking the statin tablets.

“What is interesting is that improvements to the white cell function, increasing immunity, occurred just four days into treatment with the statin.

“Our findings could be a game-changer in terms of treating older people with community-acquired pneumonia with sepsis.

“The study provides further clarity on the potential role of simvastatin during infections, showing specifically its benefits to older patients with early and mild pneumonia.

“It also is evidence that a high dose for seven days is not only beneficial, but also safe.”

The scientists said that although these results need to be replicated on a larger scale, the findings could offer new treatment for patients who are at greater risk of combined pneumonia and sepsis infection.

Use of statins could offer relief to NHS budgets

Ian Jarrold, head of research at the British Lung Foundation, said: “Pneumonia places a huge burden on our health service during the winter months and reducing the risk of hospital admission must be a priority.

“Statins could offer a quick and effective way to help protect the most vulnerable people from death and long-term complications caused by pneumonia.”

The team of researchers now plan a large-scale trial at multiple hospitals across the UK in order to validate the findings of their research.

While anyone can get pneumonia, older people are at greater risk of contracting both pneumonia and sepsis at the same time.

Community-acquired pneumonia with sepsis can be fatal, especially if left untreated for a long period.

It is one of the most common causes of avoidable hospital admission during the winter months.

Figures from NHS England show that acute admissions for pneumonia have risen by 35% since 2013.

• Hospital admissions for sepsis more than double in three years

• Why care work is a great job for older people