One million teenage boys to miss out on ‘life-saving’ vaccine, charity warns

The Teenage Cancer Trust is calling for all teenage boys and young men to be offered the human papillomavirus (HPV) vaccination on the NHS. 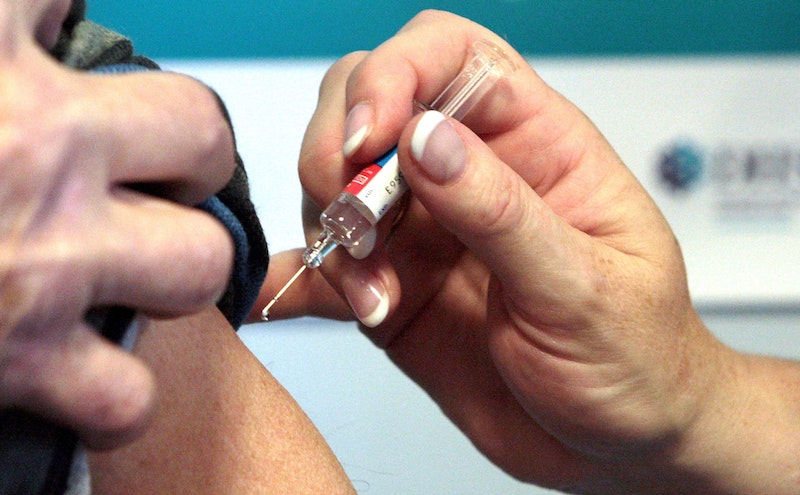 Teenage boys who will miss out if they don't pay £150

More than a million teenage boys will miss out on potentially life-saving vaccinations, a charity has warned.

The Teenage Cancer Trust is calling for all teenage boys and young men to be offered the human papillomavirus (HPV) vaccination on the NHS, to prevent them being at risk of HPV-related cancers in adulthood.

It said extending the HPV vaccination programme to all 13 to 24-year-old boys and men will make it fairer for a “missing generation” who cannot currently get vaccinated for free on the NHS The HPV vaccine is being given to 11 to 13-year-old boys across the UK for the first time in this school year, alongside girls the same age, the charity said.

But this leaves more than a million teenage boys in the school years above them unable to get the vaccine on the NHS and they would have to pay about £150 per dose for it, it added.

The charity said that when the HPV vaccination programme for girls was rolled out by the NHS, girls in older school years could have it for free through a catch-up programme, but this was not being extended to a generation of boys.

Its chief executive Kate Collins said: “The vaccine should be made available for free on the NHS to all men and boys up to the age of 25 who want it, as it is for women and girls. 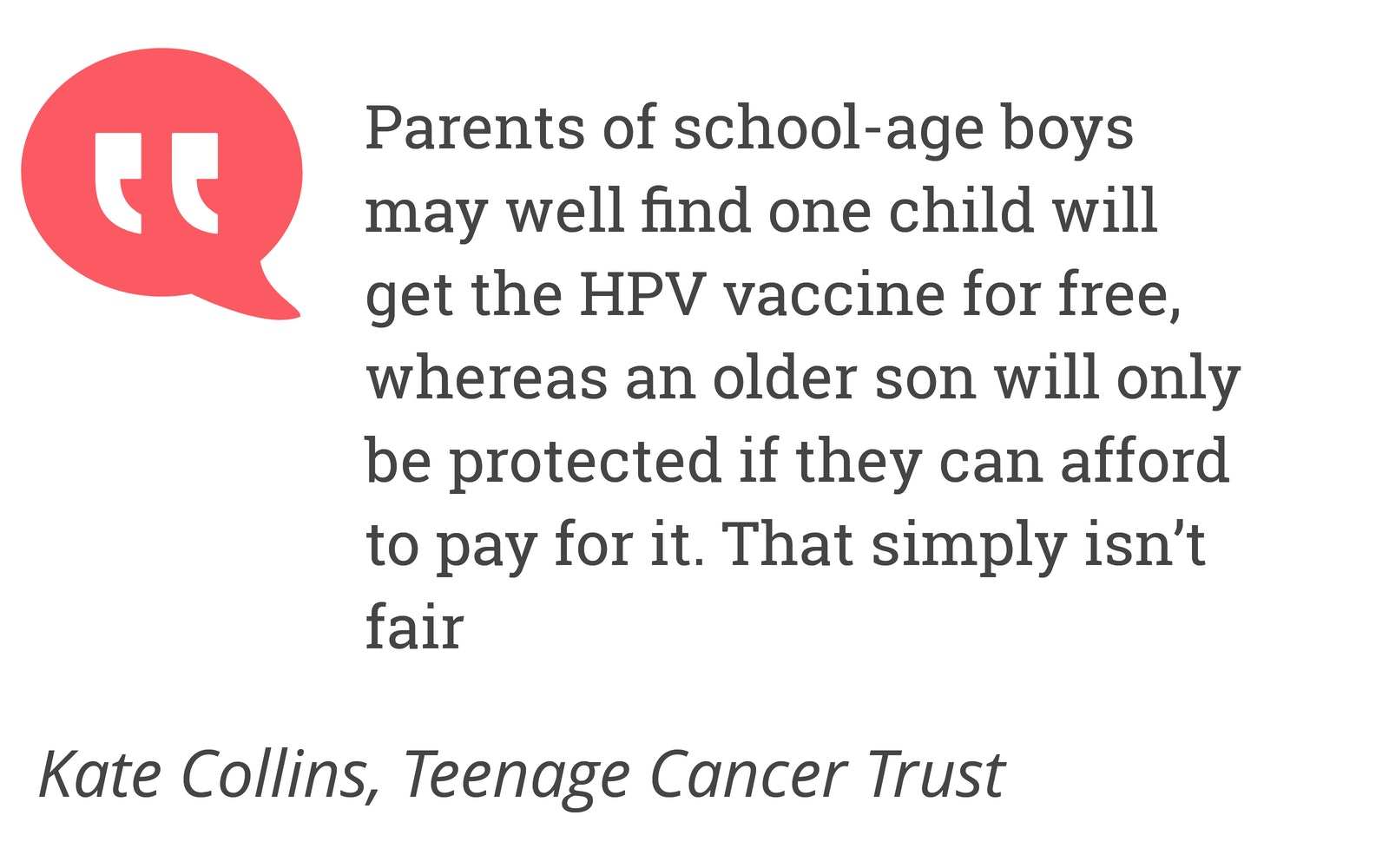 “While it’s great some boys from this year onwards will have the same protection against HPV-related cancers that teenage girls and women have had for a decade, a generation of teenage boys and young men are being denied that chance.

“Parents of school-age boys may well find one child will get the HPV vaccine for free, whereas an older son will only be protected if they can afford to pay for it.

“That simply isn’t fair, and the cost of around £150 per dose is unaffordable for many.”

The charity said that the assumption boys will have a reduced risk of infection through the immunity of some girls and women was “false”.

Ms Collins added: “Not vaccinating older teenage boys puts them at risk as it relies on the false presumption they will only have sexual partners who don’t have HPV.

“It undermines the UK’s progress on reducing HPV-linked cancers, such as cervical cancer, as this ‘missing generation’ of boys can get and share HPV with others who’ve not been vaccinated.”

75% boys and young men would say yes to vaccine

New research from Teenage Cancer Trust also found that three quarters of teenage boys and young men aged 13 to 24 would want to be vaccinated against HPV if it was offered to them for free.

But 46% said they would remain unvaccinated if they had to pay, with only a third willing to pay for the vaccine, the charity said.

There are more than 200 types of HPV, and the 13 HPV types linked to cancer are called high-risk HPV, the Teenage Cancer Trust said.

World Health Organisation figures estimate worldwide that HPV types 16 and 18 cause about 5% of all cancers, it added.

Teenage Cancer Trust is also concerned about low awareness of HPV, particularly in boys, and its known links to a range of cancers.

It found that almost one in three teenagers and young adults said they have not heard of HPV.

Of those teenagers and young adults who thought the HPV vaccinations protected people from infections that can cause cancer, half believed it is only effective for girls and women, the charity added.