One in four youngsters has serial addiction to their phone

Scientists found children are using their devices in ways that are consistent with behavioural addiction - and it is affecting the health of the young. 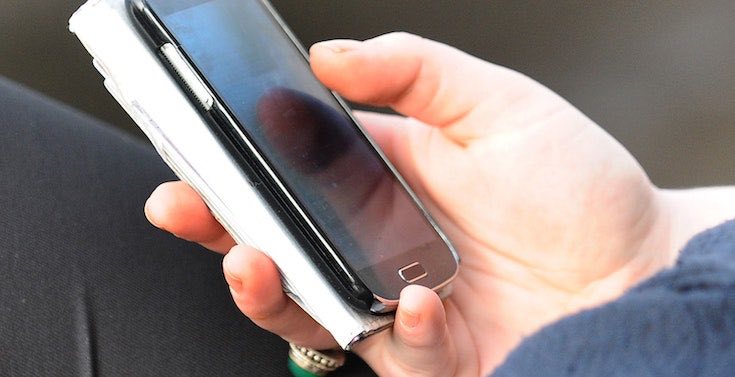 Problematic use of phones poses a health risk

One in four children and young people has a problematic relationship with smartphones, research suggests.

These youngsters are exhibiting “problematic smartphone usage”, meaning they use the devices in way that is consistent with a behavioural addiction, scientists found.

The study, by researchers at King’s College London and published in BMC Psychiatry, analysed 41 studies published since 2011 on smartphone usage and mental health.

It concluded that between 10% and 30% of children and young people use their phones in a dysfunctional way, meaning that on average 23% were showing “problematic smartphone usage” (PSU).

The KCL researchers defined PSU as behaviour linked to smartphone use that has an element of addiction – such as anxiety when the phone is unavailable or causing neglect of other activities.

The study also concluded that there are links between PSU and mental health issues such as anxiety, stress, poor sleep and depressed moods.

Co-senior author Dr Nicola Kalk, from the Institute of Psychiatry, Psychology and Neuroscience (IoPPN), said: “Smartphones are here to stay and there is a need to understand the prevalence of problematic smartphone usage.

“We don’t know whether it is the smartphone itself that can be addictive or the apps that people use.

“Nevertheless, there is a need for public awareness around smartphone use in children and young people, and parents should be aware of how much time their children spend on their phones.”

The study authors note that 22 of the studies examined were of “poor methodological quality” and that there was wide variation across the research analysed in the definitions of PSU.

Dr Sam Chamberlain, Wellcome Trust Clinical Fellow, Honorary Consultant Psychiatrist, University of Cambridge, said: “Research into PSU is important from a public health point of view. The authors report that approximately 10%-30% of young people in the studies included in their meta-analysis met a chosen threshold for having PSU.

“Also, PSU was associated with (by self-report measures) higher levels of depression, anxiety, and worse sleep. These results resonate with previous findings, including those on related topics such as Problematic Usage of the internet.”

He added: “One challenge for the field, in light of this valuable meta-analysis, is that problematic smartphone use is not consistently defined.

“There are various rating scales, with different cut-offs and criteria, some of which have not been subjected to sufficient clinical (and other) validation.

“As noted by the authors, research into an accepted and validated set of criteria is urgently needed.”