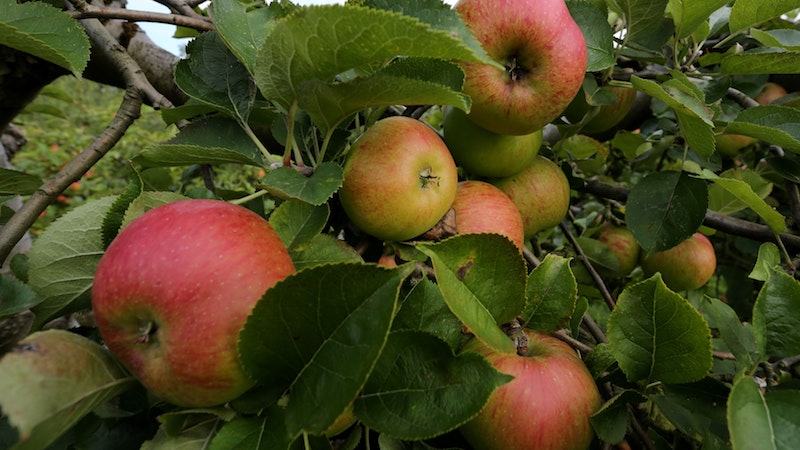 An apple a day keeps the doctor away - and planting up to 100 million bacteria in your gut could be one of the reasons.

Researchers have looked at the baterial community of various apples and found that anyone who eats the core, seeds included, consume all of the bacteria - but for those who only eat the flesh, the intake falls to about 10 million.

Professor Gabriele Berg, of Graz University of Technology, Austria, said: "The bacteria, fungi and viruses in our food transiently colonise our gut.

"Cooking kills most of these, so raw fruit and veg are particularly important sources of gut microbes."

Researchers compared the bacteria in conventional store-bought apples with those in visually matched fresh organic ones.

They separately analysed the stem, peel, flesh, seeds and calyx - the straggly bit at the bottom where the flower used to be.

Overall, organic and conventional apples were occupied by similar numbers of bacteria.

Although this amount was the same, the bacterial composition was significantly different in conventionally and organically produced apples.

According to the study, the majority of the bacteria are in the seeds, with the flesh accounting for most of the remainder.

The scientists also looked at whether the bacteria was good or bad, and found that the organic fruit seemed to have the edge.

"This variety and balance would be expected to limit overgrowth of any one species, and previous studies have reported a negative correlation between human pathogen abundance and microbiome diversity of fresh produce."

Escherichia-Shigella, a group of bacteria that includes known pathogens - disease-causing micro-organisms - was found in most of the conventional apple samples, but not in organic apples.

However, for Lactobacilli, which is often used in probiotics, the reverse was true.

The researchers also offer some vindication to those who claim they can taste the difference in organic produce.

Methylobacterium, known to enhance the biosynthesis of strawberry flavour compounds, was significantly more abundant in organic apples, the study found.