The peak age for being admitted for obesity was 45 to 54, before declining among older age groups. 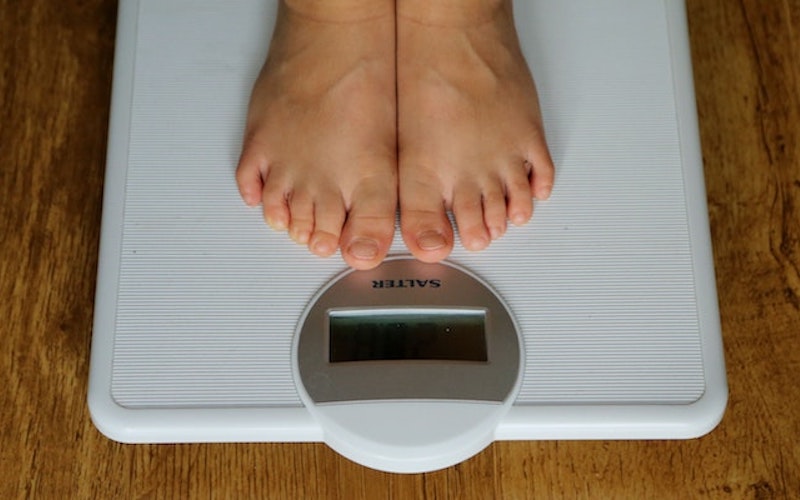 There has been a 15% jump in the number of hospital admissions where obesity is the main or secondary reason, figures show.

Of the total number of admissions, 10,660 had a primary diagnosis of obesity and 74% of these were women. The peak age for being admitted for obesity was 45 to 54, before declining among older age groups. 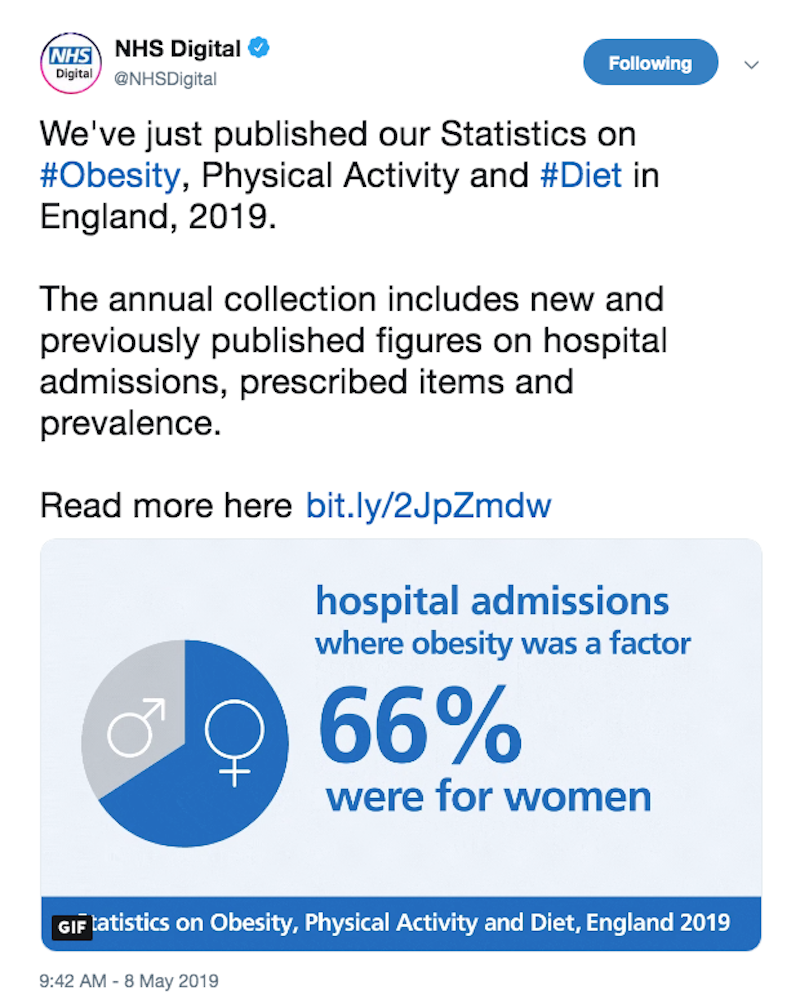 Where obesity was a secondary reason for admission, the most common diagnoses related to joint problems such as arthritis, or health issues in pregnancy where the woman was obese.

Gallstones and heart disease contributed to by obesity were also on the list of secondary factors.

The new obesity report, published by NHS Digital, showed that the national admission rate where obesity was a factor was 1,323 per 100,000 population.

Nottingham and Wirral had much higher rates than the national average, with more than 3,000 per 100,000 population.

In contrast, Wokingham, Reading, West Berkshire and Richmond-upon-Thames all recorded admission rates below 500. 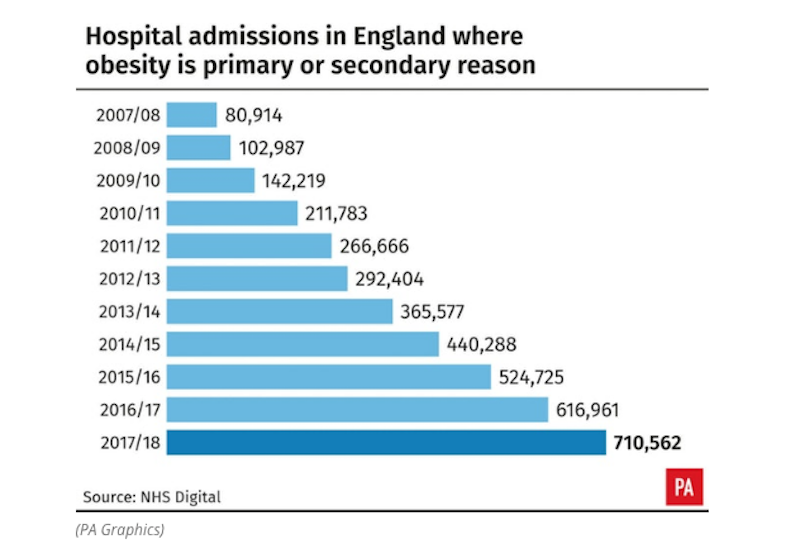 A graph showing the increase of hospital admissions over the years due to obesity.

The data showed there were 6,627 hospital admissions in 2017/18 for bariatric (weight loss) surgery – a 2% rise on the previous year. Some 79% of these operations were for women.

Figures show 29% of adults are obese and more than a fifth of men and women are physically inactive.

Only 20% of boys and 14% of girls meet the Government’s guidelines for an hour’s exercise a day.

Data also shows that women are more likely to consume the recommended five portions of fruit and vegetables a day, with 32% doing so compared with 26% of men.

Just 18% of children eat five portions of fruit and vegetables a day. Public Health Minister Seema Kennedy said: “This data shines a light on the devastating consequences of obesity – both for individuals and for the NHS.

“Prevention is always better than a cure and we are already taking action to protect the health of our next generation, with plans to reduce children’s exposure to sugary and fatty foods and get them moving more in school each day.

“I am committed to reversing these worrying trends and we will be exploring other solutions through our prevention Green Paper later this year.”