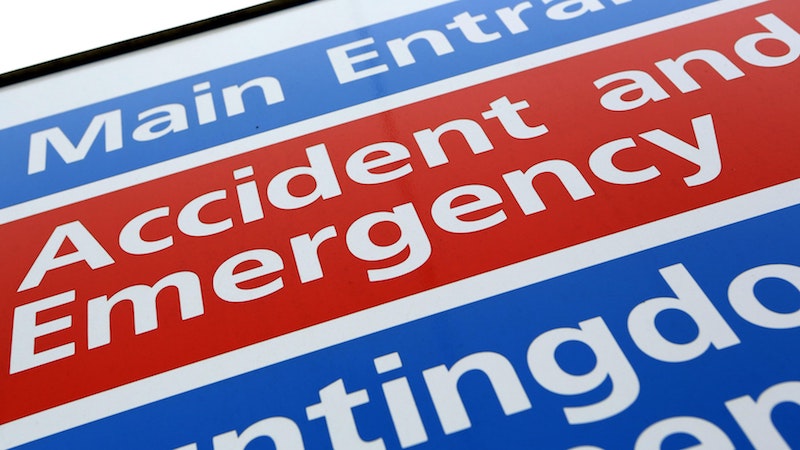 The number of patients waiting for more than four hours to be admitted to A&E has risen more than a third in a year and is at a record high, new NHS figures show.

There were 57,694 A&E patients waiting more than four hours in July from decision to admit to admission - a rise of 34.7% from the same month last year.

This is also the highest number for July since current records began in August 2010. 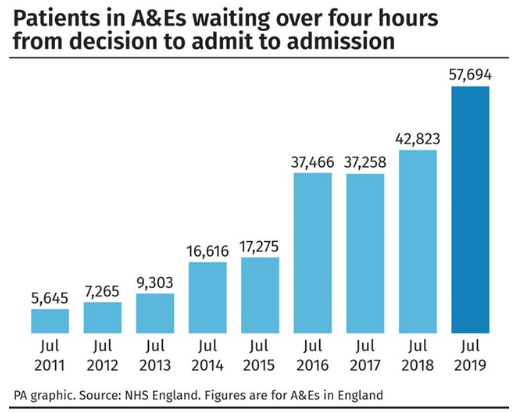 The highest stats for July since records began in 2010

An NHS spokesman said: "A&E doctors, nurses, paramedics and other staff have pulled out all the stops to deal with the record heat and record number of attendees over July, treating the highest number of patients ever within four hours - and on average 2,300 more people a day within four hours than in June.

But the Society of Acute Medicine accused the Government of peddling "political spin" following unheeded warnings.

SAM president Dr Nick Scriven said: "This broken record has been playing for so long now that our warnings about the crises engulfing the NHS barely have any impact on those at the top."

He added: "This week demonstrates political spin is back in full swing under Boris Johnson's leadership, with massive funding announcements and talk of artificial intelligence while the issues on the ground remain unaddressed." 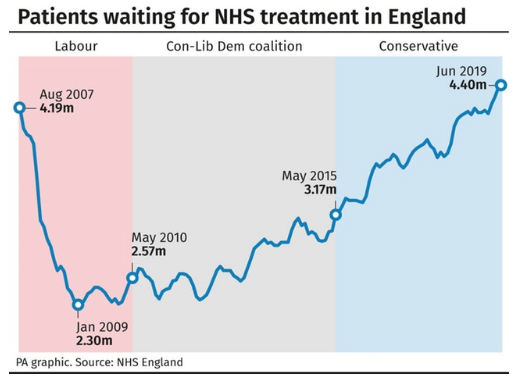 More cancer patients have been seen than last year

Nigel Edwards, chief executive of the Nuffield Trust, said: "The soaring temperatures in July have taken their toll on patients and staff, with a record number of people turning up at A&E last month.

"The number of people waiting over four hours on trolleys to be admitted was also unusually high for summer at over 57,009 - a figure that would have once been unthinkable, even in the depths of winter."

Of patients waiting to start planned treatment at the end of June was 4.4 million - a 4.6% rise from the previous June and up more than a fifth since 2016.

The NHS missed its target of 93% of people with suspected cancer being seen by a specialist within two weeks of an urgent referral by their GP.

This is the lowest percentage ever recorded during the summer months, hospital doctors union the Hospital Consultants and Specialists Association (HCSA) said.

The NHS is facing increasing pressures

Tim Gardner, senior policy fellow at the Health Foundation charity, said: "The new Prime Minister has identified reducing NHS waiting times as one of his key priorities, but today's statistics show there is a mountain to climb.

"Hospitals are struggling to cope with the demand of emergency admissions which have continued to grow year on year, while people are waiting longer for planned surgery.

"The NHS has routinely missed the key 62-day cancer waiting time target for over five years, with delays in diagnosis playing a key role. If not adequately addressed, these ongoing pressures will increasingly impact on patients and the level of care that the health service can deliver.

"And it's not just about A&E - sadly these figures show relentless pressure throughout the whole system.

"More than one in 10 people on the list for planned treatment are now waiting over 18 weeks, the worst level since January 2009, and the key two month cancer treatment target now hasn't been met in three-and-a-half years. 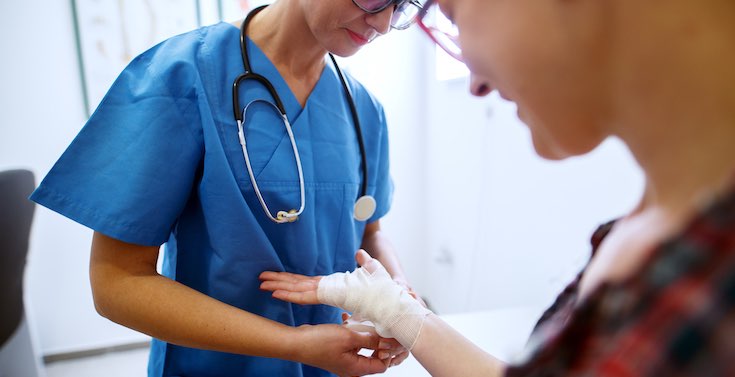 How to become an A&E Nurse

Former A&E Nurse, Suzanne Armstrong, gives a detailed overview of the job of an A&E Nurse as well as a guide on how to become one.

I worked as an Accident and Emergency Nurse at Blackpool Victoria for a decade. It helped me build the skills which led me to my current position as the Deputy Intensive Care Charge Nurse at Guy's. 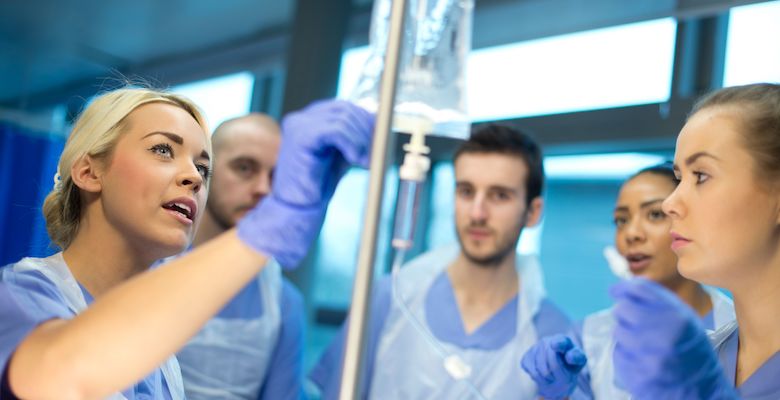 What does it take to be a great A&E nurse?

Have you got what it takes? Here are the essential skills required to become a great A&E nurse.