Northern Ireland nurses walk out over again over pay 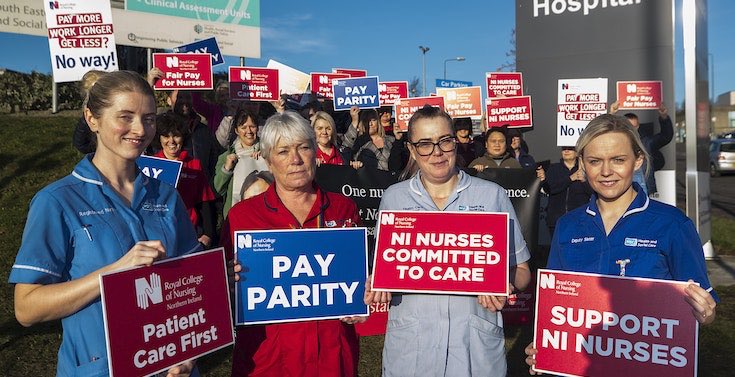 Thousands of nurses in Northern Ireland have started another day of strike action in a row over pay.

The protest follows a similar strike last month over salary rates that lag behind colleagues in Great Britain, and staff shortages.

Thousands of hospital appointments are expected to be cancelled.

The Department of Health has urged trade unions to return to talks. They broke down without agreement in December, when a fresh 3.1% pay offer was rejected by unions.

The Royal College of Nursing (RCN) is leading members away from patient bedsides on Wednesday and Friday, while members of Northern Ireland’s largest health workers’ union, Unison, will also stage walkouts on Friday.

Midwives are also being asked if they are willing to take strike action over pay.

Unions have called for pay parity with their colleagues in the rest of the UK.

The department’s permanent secretary, Richard Pengelly, has warned that hospitals are already under severe pressure.

Northern Ireland has some of the longest waiting lists for treatment in the UK, and the political paralysis at Stormont has hampered efforts to address problems in the NHS. 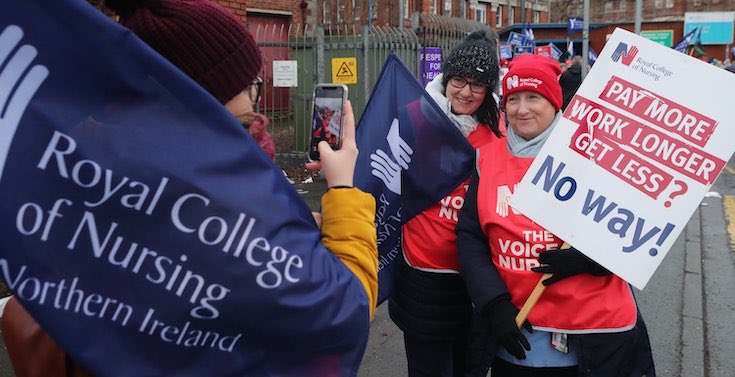 Numerous appointments and treatments have been cancelled and a number of services across hospitals and the community care sector have had to be stood down or reduced due to industrial action, health service providers said.

All emergency departments will remain open as normal, but they are under extreme pressure due to winter demand.

Reduced staffing levels on Wednesday and Friday will significantly affect the ability of the system to discharge patients and further compound pressures throughout hospital and community services, health and social care organisations said. 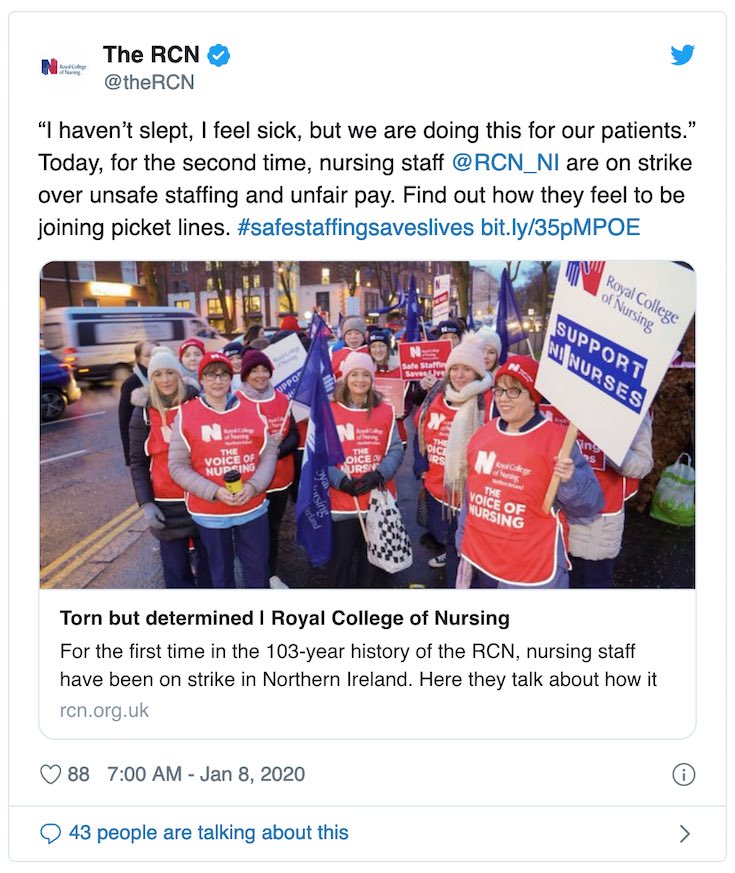 Around 5,000 medical appointments were cancelled following the unprecedented nurses’ strike which paralysed parts of the NHS late last year.

Healthcare workers said they were tearful and “at the end of their tether”.

Stormont politicians stepped up efforts to restore devolved power-sharing and urged immediate action to address a “humanitarian” crisis in health.

Routine medical appointments were cancelled, minor injury units closed and there were delays to some ambulance responses.

Pickets formed across the region and thousands of nurses walked out in their first ever strike.