Nurses and other health workers have been taking part in industrial action over pay and staffing levels. 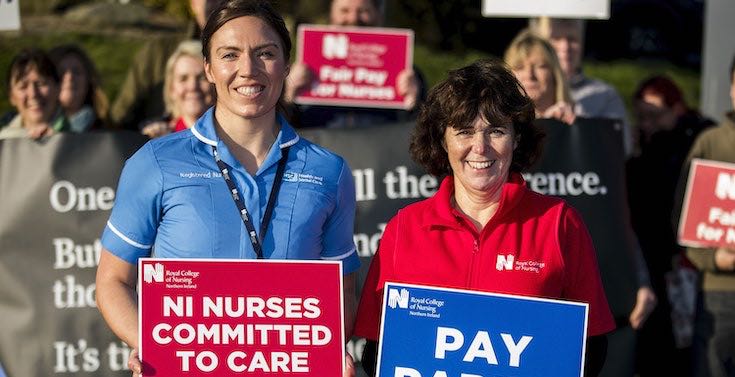 Nurses in Northern Ireland are staging another 48-hour period of industrial action.

They are engaging in work-to-rule action, refusing to take on overtime or working unpaid hours.

Health workers from a number of trade unions have been staging widespread industrial action across Northern Ireland over pay and staffing levels.

It has emerged that paramedics are the latest group of workers to announce they will join a 24-hour strike planned for December 18.

While frontline crews, non-emergency staff, control and support staff will take part, it is understood that emergency cover will be maintained.

A spokesperson for Health and Social Care (HSC) organisations said they are “working closely to mitigate the effects of any disruption from industrial action with a strong focus on patient safety”.

Last week, fresh talks between trade union negotiators and the Department of Health broke down without agreement. 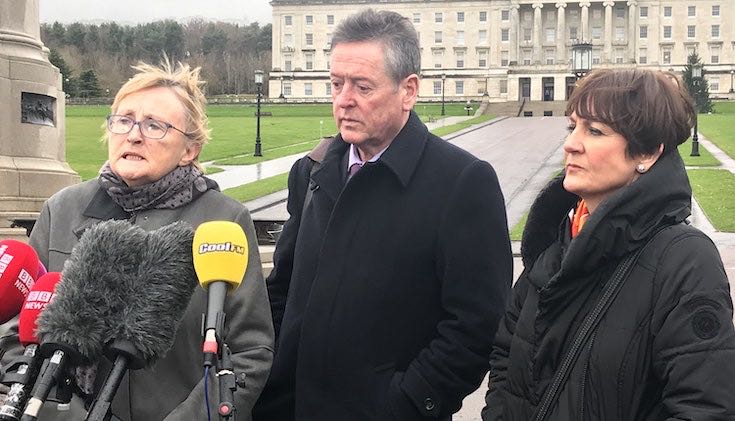 Anne Speed from Unison, Kevin McAdam from Unite and Maria Morgan from Nipsa will meet the Department of Health on Thursday afternoon amid ongoing industrial action by health workers over pay and staffing levels

The initiative came about after the unions had a series of meetings with Northern Ireland Secretary Julian Smith.

The department made a fresh pay offer to the unions, however the unions rejected it as “insufficient” because it did not reach parity with staff in England.

“If nurses had taken the decision to strike in any other part of the United Kingdom, the Government would have noticed and taken action right away,” he said.

“Yet in Northern Ireland, for the second time in a fortnight, our nurses have been forced into the unprecedented action of refusing to work overtime shifts, as well as no longer working unpaid hours.

“The fact that the local system had become so utterly dependent on our nurses doing far more than they were paid to do is indicative of just how broken the staffing regime had become.”

He has urged Mr Smith to appoint a direct rule health minister to deal with the crisis immediately.

Mr Smith previously ruled out that option, saying: “I don’t think taking powers back to London is the best way to proceed”.

Mr Aiken commented on Tuesday: “We need health powers repatriated to Westminster for humanitarian reasons and a direct rule minister appointed to deal with it. We need action now.”