NHS Scotland spending on GPs should be increased, say Greens

Alison Johnstone has urged the First Minister to boost the proportion of expenditure on doctors’ surgeries to 11% of the health service’s budget. 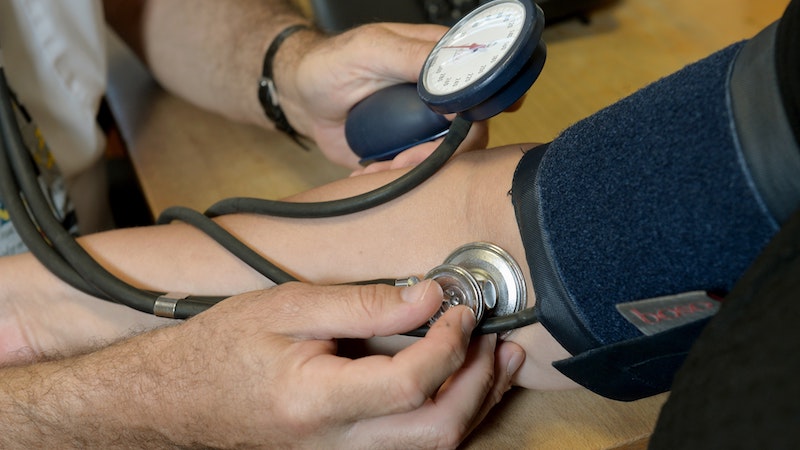 Alison Johnstone, the party’s parliamentary co-leader, used FMQs to call for Nicola Sturgeon to increase the spending on “overstretched and under-resourced” GP services.

She asked the First Minister to increase the proportion of NHS spending on GPs to 11%, to “let our local surgeries employ more doctors and nurses, to provide longer appointments and to tackle health inequality that continues to blight Scotland”.

Ms Johnstone said: “The fact is the overwhelming majority of patient contacts are made with our GPs yet they receive less than 8% of the NHS budget.

“They are overstretched and under-resourced.

“A quarter of GPs don’t think they’ll be in general practice five years from now and the RCGP (Royal College of General Practitioners) are warning that this is putting patient safety at risk – this untenable situation.”

Ms Johnstone pointed out that in April the Scottish Parliament had backed a motion by the Scottish Greens calling for an urgent review of GP recruitment, resources and funding, and asked why no review had yet taken place. 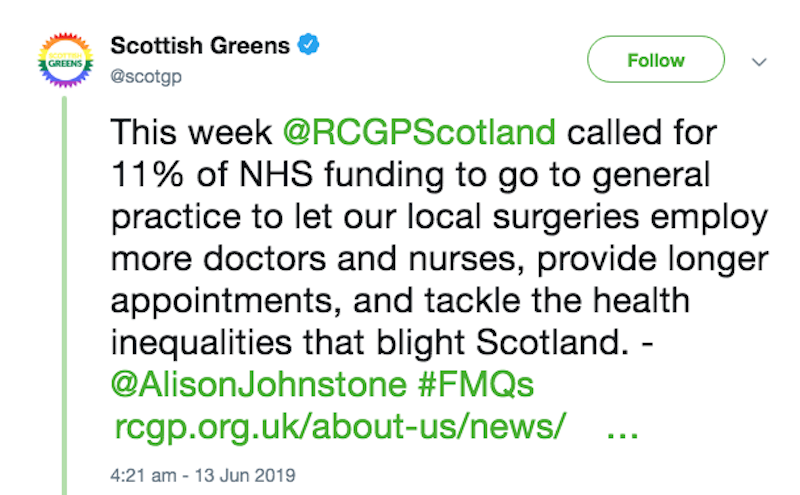 She added the Scottish Government was committed to increasing the proportion of funding going into Primary Care as a whole, arguing that “general practice does not work in isolation, they are part of a multi-disciplinary team.”

Describing the “important commitment”, she added: “Increasing the share of funding going to primary care not just helps the entirety of the primary care team it also helps general practice because tasks that might currently be done by GPs able to be done by other teams.”