NHS hospitals are stepping back in time with vintage makeovers to help dementia patients cope with stress and anxiety. 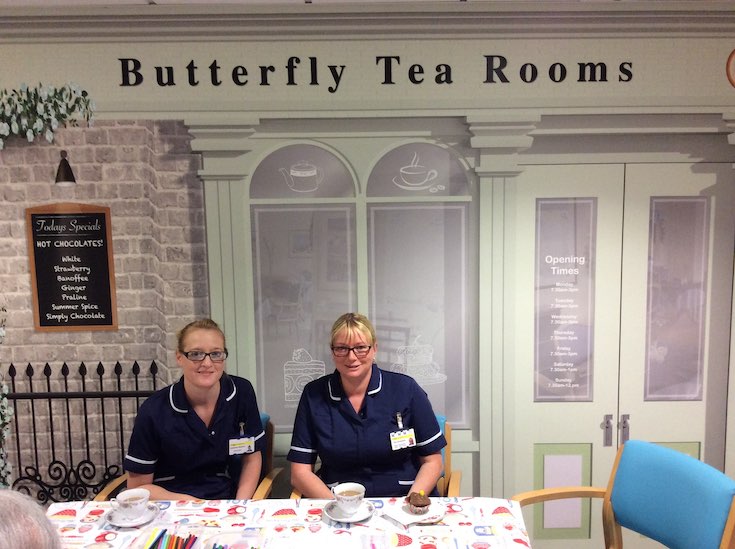 Old photographs and cinema films, ration books and a replica 1950s television have been used to decorate wards, rooms and corridors across the country in a visual throwback to the 1940s and 1950s.

NHS England believes the “dementia-friendly adaptations” could help patients who can be more easily disorientated adjust to their surroundings, lessen the likelihood of falls and reduce their reliance on medicine, while the Alzheimer’s Society says it could give them a sense of independence and improve both mental and physical health. 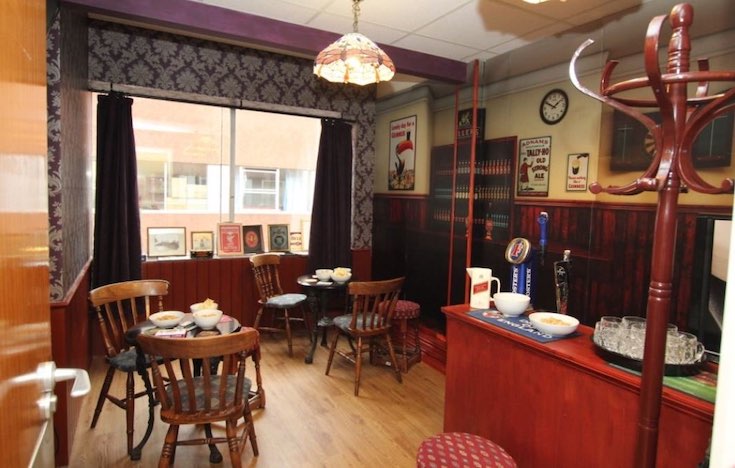 Tearooms, beach huts, a memories pub and a cinema booth where patients can watch old films are among the new looks to the dementia ward decor.

There are now 850,000 people living with dementia in the UK and the numbers are continuing to rise, according to the Alzheimer’s Society.

Local charities and donations have helped with the transformations aimed at providing a stimulating environment.

Patients at ward six of West Yorkshire’s Airedale Hospital can use a “butterfly tea room” complete with shop front wall mural and vintage memorabilia including a red telephone box.

It is hoped these items from bygone eras may trigger patients into talking about the memories they still have.

The cinema booth at the Hull Royal Infirmary

Senior ward sister Katie Widdop said: “What we’ve found is that if patients are engaged in meaningful activity and given mental stimulation in hospital, then not only may they sleep better, but they can be less agitated, are less likely to get up in the night and less likely to fall

“It’s all part of our work to provide the best possible one to one care and experience for patients in hospital with dementia.”

Some of the dementia-friendly changes include:

– Royal Preston Hospital has a 1940s-style reminiscence room alongside pictures of ration books and old photographs.

– Hull Royal Infirmary hopes to bring back memories for patients with a cinema booth where they can watch footage of old street scenes and sporting events from the 1950s and 1960s from the Yorkshire Film Archive.

– Grantham Hospital’s Manthorpe Centre has a 1950s-themed memory room where patients can relax among period furniture, artwork and a replica 1950s television.

– Queen Elizabeth The Queen Mother Hospital in Margate, Kent, has kitted out a day room, where patients can do a jigsaw or listen to the hospital choir sing music from the 1940s and 50s, with a retro television cabinet and vintage-style furniture. 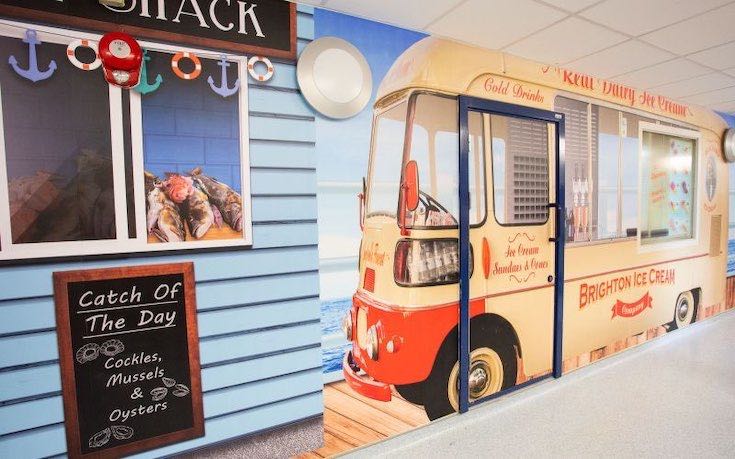 Alistair Burns, the national clinical director for dementia and older people’s mental health for NHS England and NHS Improvement, said: “Hospital can be a frightening place for many people but can prove a bigger challenge for people with dementia who might feel more confused and agitated in an unfamiliar environment.

“Having a dementia-friendly place to stay may help these patients adjust better to their surroundings, lessen the likelihood of falls and reduce their reliance on medicine.”

Emma Bould, of the Alzheimer’s Society, said: “By making dementia-friendly adaptions to a hospital setting and creating familiar environments from the past, hospitals can be transformed into spaces that will give people with dementia a sense of independence, reduce anxiety and improve both mental and physical health.”

Ageing well and caring for people with dementia are key priorities in the NHS Long Term Plan.