NHS forced to use emergency beds to cope with rising demand

The move comes after NHS chiefs spoke of the pressure on hospital beds. 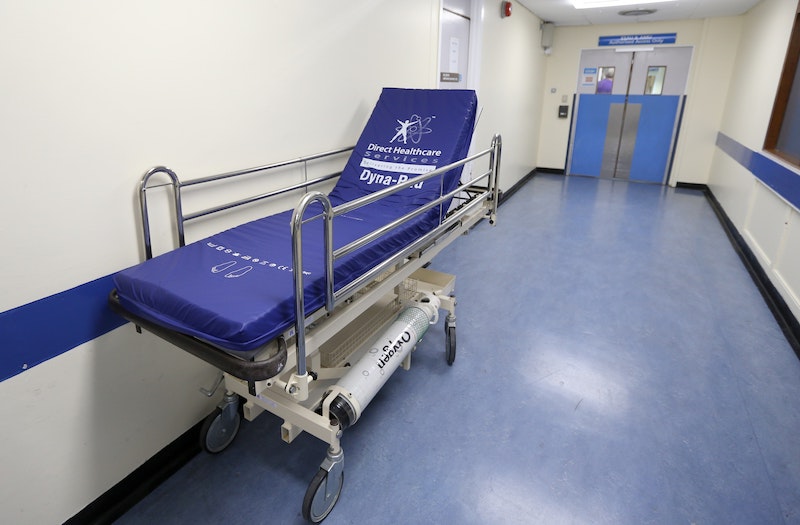 Patients are routinely being cared for in emergency or temporary beds as hospitals struggle to cope with rising demand, according to new research.

A Freedom of Information study for the British Medical Association (BMA) found hospitals are now routinely caring for patients in “escalation beds” that should be used only in emergencies or during winter months, when more patients tend to be admitted.

It comes after Simon Stevens, the chief executive of NHS England, said hospital beds had become “overly pressurised”, and there should be no expectation of any further cuts in bed numbers.

The NHS has been urged to provide more care in the community and away from hospitals, but Mr Stevens said “in many areas the NHS is going to need more bed capacity to deal with demand”.

He said the new approach represented “quite a significant gear shift”.

The BMA research, which was the result of two waves of Freedom of Information requests, found that on March 3 this year there were at least 3,428 escalation beds in operation across all 134 acute trusts in England.

"Full-to-bursting hospitals, low on staff, are not places people want to be treated or work” - Dame Donna Kinnair, chief executive of the RCN

On May 1, there were 1,637 escalation beds still in use according to the 80 Trusts who provided data for that date.

Some 54 trusts failed to respond, suggesting the true figure was far higher.

Dr Rob Harwood, chairman of the BMA consultants committee, said: “The use of escalation beds is a sign that trusts are at a critical stage and are unable to cope with demand with their current bed stock.

“Some hospitals are forced to designate their theatre recovery beds as ‘escalation’, resulting in elective surgical operations being cancelled as there is no space for those patients who need immediate care after their surgery.

“I have heard of other cases where beds in day procedure units – surgical units for patients who can have their operation and return home on the same day – are used as escalation spaces for admitting patients for longer ward-style care, meaning healthcare staff cannot continue with routine day care surgical cases.

“Most worryingly, the intense pressure on beds can result in patients being placed on beds in corridors or in bits of other facilities, sometimes cramping treatment areas and causing unacceptable stress to the patient and their families.”

Dr Harwood said the BMA and other groups had been lobbying for up to 10,000 more NHS beds and accompanying staff.

Dame Donna Kinnair, chief executive of the Royal College of Nursing (RCN), said hospital bosses should only increase bed capacity if they have sufficient nursing staff to care for the people in them.

“If they don’t, it cannot be done safely. Full-to-bursting hospitals, low on staff, are not places people want to be treated or work.”

Shadow health secretary Jonathan Ashworth said: “The use of escalation beds is yet another sign that hospitals are struggling to cope under continued pressure. We know this is compromising patient care.

“The Tories and, in Coalition, the Lib Dems, have run down the NHS and imposed the biggest funding squeeze in its history.

“Ministers should be ashamed that years of cuts to beds, to social care and to funding have led to some of the worst bed occupancy rates in hospitals.

“The next Labour government will give the NHS the extra resources to ensure we have the quality of care patients deserve.”

An NHS spokesman said: “The NHS Long Term Plan sets out a series of measures to keep more people well with the care they need in the community, but local areas are also looking at how many beds they will need to help them deliver the improvements in care we want to see.

“Where they identify a case for more beds, we will support them in seeking the capital investment to deliver this.”