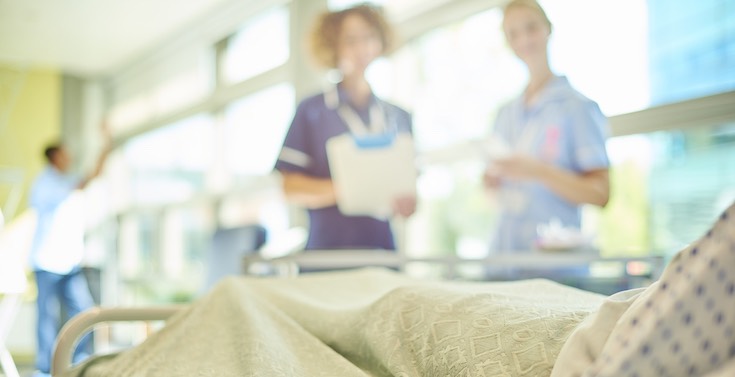 "I can confirm that the phrase “Healthcare assistants would be your best friends whilst in placement” is 100% true."

Student Nurse, Janet Mensah, gives a run-through of her first nursing placement and explains the tasks she had to undertake.

Reflecting on my experience

Other tasks I partook in

Doing some teaching of my own

Guys, my first hospital placement is over!

It is a bit upsetting that I have finished my placement as soon as I feel like I have now gotten the gist of things.

I remember the repetitive cycle of explaining to patients that it is my first placement and how many weeks it has been.

Now I’m finished, I’ll be back at university for another three months before going to placement at another ward in the hospital.

I’ve just received confirmation on where I will be placed for my next placement; it is the Acute Stroke & Stroke Unit.

Overall, my experience in the Urology, Hepatobiliary and Pancreatic Surgical Ward has been great, there were challenging times, but on a whole, I was able to do so many things.

This article will be a three-part blog (Tasks I Partook In Whilst At Placement, Healthcare professionals I shadowed/procedures I Watched During Placement and The Emotional Side Of Placement).

I would love for you to read everything I’ve experienced, whether you are a student nurse like myself, a student curious about the profession or even a nurse.

I think it is awesome reading about a student nurse’s perspective of their first placement and I am just elated to share every detail with you.

With me only having worked in a care home for one week and volunteering to speak to patients who have dementia, in the hospital, you could say I had little to no experience in the healthcare sector and that was one of my biggest fears.

However, I was fortunate enough to be paired with a range of healthcare assistants for the week. 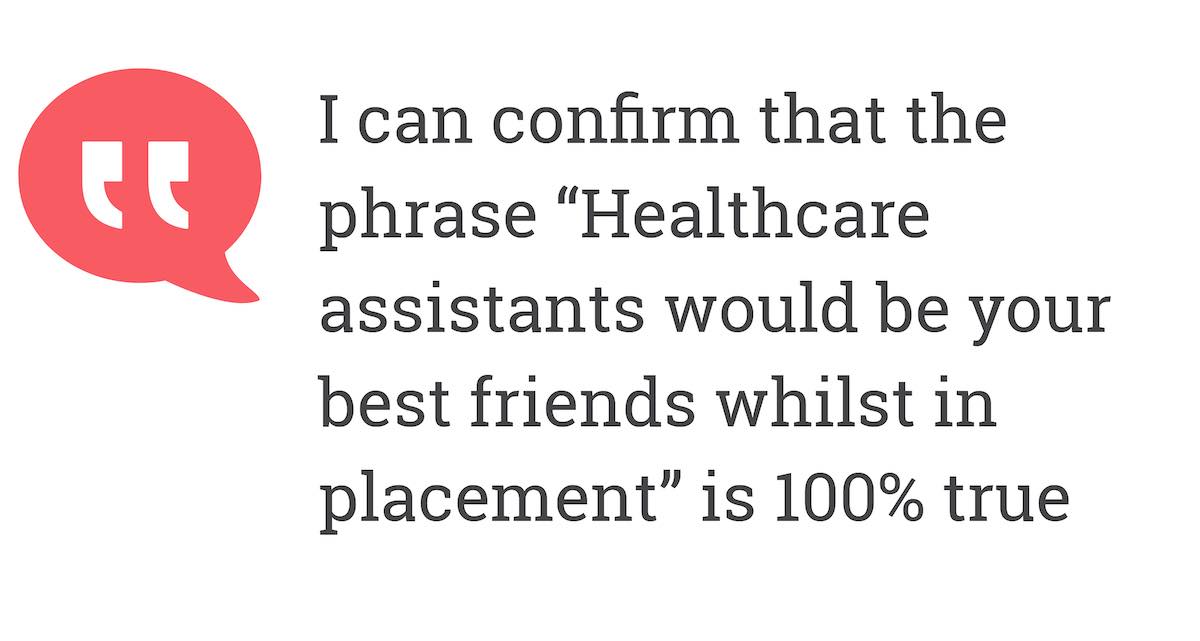 I can confirm that the phrase “Healthcare assistants would be your best friends whilst in placement” is 100% true, they were so willing to help me.

They helped me gain a basic understanding of how the ward works and where everything is.

I found a week with HCAS to be beneficial and calming than being thrown in straight with the nurses, they taught me invaluable lessons.

Remember, you are never too old to learn from people, especially from people that you believe are below you in the “hierarchy pyramid.”

Before I was able to do anything abstruse, I had performed the fundamental building block of what nursing is, which includes: laying beds, helping patients with toileting, feeding and bed baths.

I recall the first time I fed a patient: I was unable to sleep that night and I had not had breakfast nor water before going into placement and I was given the task to feed a patient who had difficulty eating due having Parkinson.

At that time, it was the first big task I had been given and was bit scared due to the patient being unable to communicate like the rest of the patients on the ward so I tried developing a system where he would tell me ready when he wanted his next dose of food.

It did feel a bit awkward, so I decided to have small talk with him whilst feeding him.

I remember vividly mid-way of me feeding him, he began to tear up and I began to become distress.

At that moment, the room become increasingly hot and my head began to spin around and I just felt so sick so I placed the patient’s food on his table and sat down on the patient’s special chair.

I would never forget how wide his eyes were!

Reflecting on my experience

Thankfully, the healthcare assistant that was paired with me found me just in time and insisted that I go and buy a sandwich.

As I sat down at the hospital canteen eating my sandwich, I began reflecting on what I had experienced and an immense wave of gratefulness began to flow through me.

I mean, how grateful we should be that we can clasp a sandwich with our hands and have the ability to swallow it.

He also had a level one three diet, for all those who don’t know what a level one national dysphasia diet it, it is one of the most restrictive diets which patients with this diet are only allowed to eat pureed ‘pudding like’ food.

I reread my reading handover notes and discovered that he has depression, but that has been one of the most emotional and humbling experience.

Side note: one thing I didn’t know before placement is Parkinson’s disease affects the muscles in the mouth and throat, making it stiff and inflexible and challenging to eat food (which is also known as dysphasia).

If you do not support an individual with Parkinson’s disease it can lead to malnutrition, dehydration and aspiration.

Other tasks I partook in

I had the opportunity to partake in so many tasks such as aspiration from a nasogastric tube.

I was also able to use a bladder scanner (resembles an ultrasound used for pregnant women) on a male patient.

He made a funny joke like “Is it a boy or a girl?” and I remember responding “Twins”.

My favourite job was dressing a wound, I had to dress a deep wound caused by an infection.

It was quite deep that we had to pack the wound; packing the wound helps to absorb drainage from the wound.

It was quite gory, if I am honest and the smell was not too pleasant.

The most difficult job I had to do (which people would probably look at and say that’s quite easy) was putting anti-embolism stockings on. Honestly the amount of times I have struggled putting those stockings on.

The amount of times patients have sniggered watching me put it on has been countless; I mean I don’t blame them it is like a circus show.

Doing some teaching of my own

I was able to do some teaching of my own!

I know what you are thinking, a first-year student teaching someone? How crazy!

I did enjoy it; it made me feel more confident in what I was saying to the patient.

There was a scene where a patient was scared of injecting himself with Enoxaparin sodium (Enoxaparin Clexane), which is anticoagulant medication.

The problem with this was that he was being discharged on that day and needed to inject himself for at least 2 months as he had undergone a major surgery.

Due to him not having a GP, he needed to learn the proper way of injecting himself.

However, he kept refusing to learn and repeating that his friends would do it for him so there would be no need for him to learn.

As a nurse you always do what is in the best interest of the patient, however, if the patient is of sound mind and refuses there is nothing you can do but read to them the risk of refusing the treatment, in which I did.

I explained to him sternly the essentiality of teaching him just in case his friends are unable to do it and deep vein thrombosis being an effect of not taking the clexane injections.

After many warning he did agree and that’s when my first teaching took place.

I grabbed a towel from the laundry closest and wrapped it around my tummy and drew a belly button (because why not!) to make it as realistic as possible and gave him a rundown of the steps.

After explaining it to him I demonstrated on myself (of course it did not go into me but the towel) then I made him practice on himself with the towel, wrapping it round his tummy and made him repeat to me the steps needed in order to inject himself with clexane safely.

Although he still didn’t seem willing to do it to himself and was insistent of his friends doing it for him (his friends were also taught when they arrived, however were not taught by me).

I made sure he was aware of the procedure just in case there was an incident where his friends would be unable to inject him.

I also made it easier for him by writing down the instructions step by step. Thank you guys for reading my experience about the task I partook in whilst at placement and hope you read Healthcare professionals I shadowed/procedures I Watched During Placement when I upload it!