Samantha Allen was worried she would miscarry but was given progesterone to help her have a healthy pregnancy. 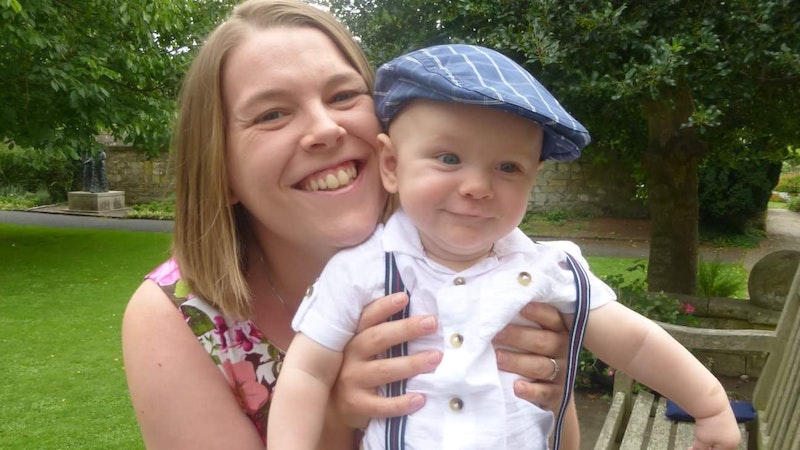 “I was prescribed progesterone pessaries which I self-administered until I was 16 weeks pregnant. The bleeding stopped within a week of starting the trial."

A mother has spoken of her joy at having a son after taking part in a clinical trial on miscarriage.

Samantha Allen, 31, from Bradford, West Yorkshire, suffered a miscarriage in December 2015 and was recruited to the PRISM trial in June 2017 when she was nine weeks pregnant.

She and her husband Stephen, 36, welcomed son Noah in February 2018. “It was on my birthday in November 2015 when I found out that I was pregnant – it was the best birthday gift I could have hoped for,” she said.

“However, my joy soon started to turn to concern when I began having some bleeding when I was around seven weeks pregnant and I ended up in A&E.

“I had a scan and was told to come back on Christmas Eve for another scan.

“But then, on December 23, I started bleeding quite heavily and had to call an ambulance.

“I was taken to A&E where I was told the baby had died when I was eight weeks pregnant and I was miscarrying.

“The following day, on Christmas Eve, I had to also go through the trauma of miscarriage surgery.

“Words can’t describe our devastation. I think people can often be dismissive of miscarriage when it happens in early pregnancy, you are treated as a statistic and told it’s common.”

She added: “But I am not a statistic, we lost our child and it is a loss we will always grieve.

“Around 15 months after I miscarried I found out I was pregnant again and I was delighted.

“However, when I was around seven weeks pregnant I started having spotting and, given my previous loss, I decided to go to the early pregnancy unit.

“I had a scan and they said they thought they could detect a heartbeat but weren’t certain so booked me in for another scan two weeks later.

“The spotting continued during those two weeks so I was relieved when the second scan showed I was pregnant.”

"He's now 14-months-old and he's such a lively and incredibly bright little boy who brings us so much joy, I can't imagine life without him" - Samantha Allen

She continued: “That’s when they told me about the PRISM trial and I decided to take part.

“I was prescribed progesterone pessaries which I self-administered until I was 16 weeks pregnant.

“The bleeding stopped within a week of starting the trial.

“I opted for a water birth and Noah was born weighing a very healthy 9lb 6oz in February last year.

“He’s now 14-months-old and he’s such a lively and incredibly bright little boy who brings us so much joy, I can’t imagine life without him.”

She concluded: “Of course, we’ll never know whether or not I would have miscarried if I had not taken part in the trial, or if I had been part of the group that received the placebo.

“Either way, I feel fortunate and happy that I did participate.

“I hope the results of the trial will make a difference to the way women receive treatment moving forwards, and that I had a small part to play in that.”