The compensation scheme for elderly and ill people who suffered childhood abuse in care opened at the end of April. 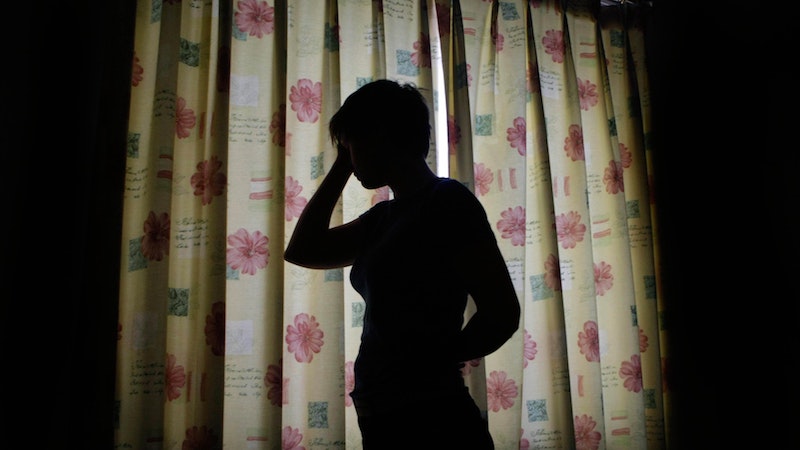 More than 70 survivors of abuse in care who are elderly or terminally ill have been awarded £10,000 compensation payments by the Scottish Government.

Since the Advance Payment Scheme was launched more than seven weeks ago, 71 payments have been approved and a further 52 are being considered.

More than 150 application packs have been sent out since the scheme opened on April 25 and around 500 have been downloaded from the Scottish Government website.

Those who suffered abuse in care before December 2004, and who are aged 70 or over or are terminally ill, are eligible for the £10,000 flat rate.

Applicants do not need to provide proof they were abused, but are required to submit documentary evidence which shows that they were in care. 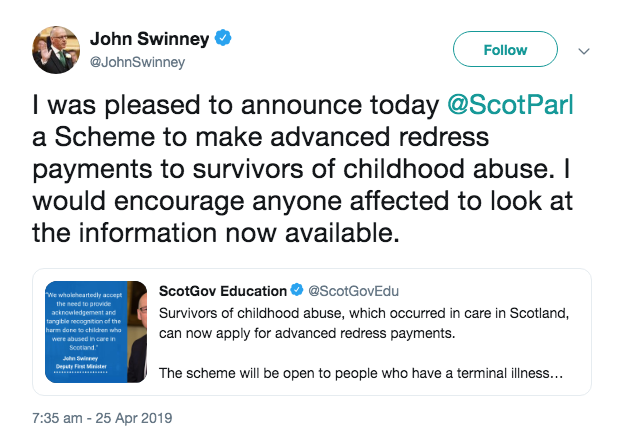 A dedicated phone line has been set up to help abuse survivors apply.

The payments are being awarded while the Scottish Government continues to work on a statutory redress scheme for survivors of in-care abuse.

Deputy First Minister John Swinney said: “I am pleased that more than 70 payments have now been approved under the Advance Payment Scheme, which recognises the harm done to children who were abused while in care.

“We continue to do everything possible to help survivors and their families though our simple application process and, where appropriate, we point them to sources of care records.

“As a result, no-one has been refused an application due to lack of documentary evidence of being in care.”