Campaigners at Diabetes Scotland made the plea, noting those with the condition are two times more likely to suffer from depression. 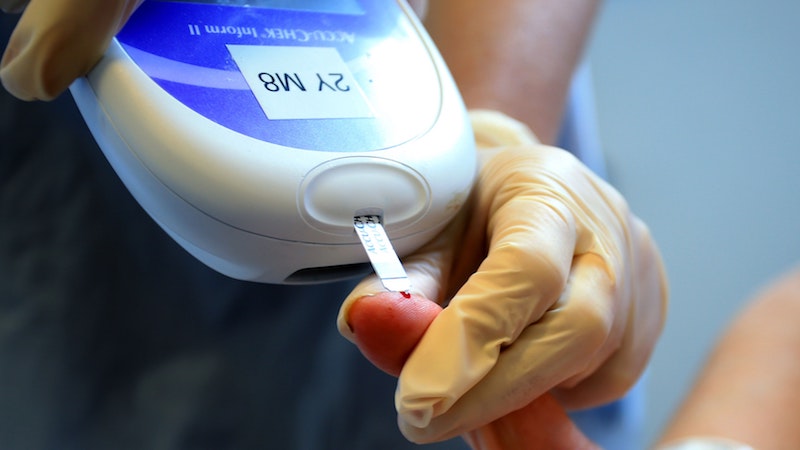 The Scottish Government is being urged to commit more funds to ensure people with diabetes can access psychological and emotional support when they need it.

Campaigners at Diabetes Scotland are calling on ministers to explicitly link the commitment in the mental health strategy “to meeting the needs of those who require access to mental health services” to diabetes.

298,000 The number of Scots living with diabetes Diabetes Scotland

More than 298,000 Scots have been diagnosed with diabetes but a survey by Diabetes UK found seven out of 10 people with the condition had been unable to access specialist mental health care.

They are twice as likely to experience depression, yet across the UK 40% of GPs say they are not likely to ask about emotional well-being and mental health in routine diabetes appointments, with less than a third (30%) of family doctors believing there is enough emotional and psychological support for people with the condition.

Diabetes Scotland said: “This has not happened uniformly across Scotland and is the exception rather than the rule.”

The charity has issued a series of demands to both the Government and NHS boards as a new report stated: “Things have to change. We want diabetes care that sees and supports the whole person.

“The emotional and psychological impacts of diabetes should be recognised in all diabetes care. Everyone affected by diabetes must have access to the support they need when they need it.”

As well as calling on ministers to increase funding for the provision of psychological and emotional support, Diabetes Scotland wants stronger guidance highlighting the importance of providing emotional and psychological support as a routine part of diabetes care.

“People tell us that struggling emotionally can make it even more difficult to keep on top of self-management. And when diabetes cannot be well managed, the risk of dangerous complications, such as amputations, kidney failure and stroke increases.

“We know that people with diabetes are twice as likely to experience depression. Diabetes services which include emotional and psychological support can help people improve both their physical and mental health, reduce pressure on services, and save money.”

She added: “Mental health and physical health go hand in hand, but services for people with diabetes don’t always reflect this. We need to bridge the divide between physical and mental health services to ensure those with emotional and psychological difficulties related to their condition do not have their needs overlooked.

“It is critical that all diabetes care sees and supports the whole person and explores what matters most to them.”

A Scottish Government spokesman said: “We recognise the challenges faced by people living with all forms of diabetes and the critical interdependence between physical and mental health is well recognised.

“Through our Mental Health Strategy, which sets out our ambition for the next 10 years, we seek to improve access to psychological therapies and to prevent and treat mental health problems with the same commitment and drive as we do for physical health problems.

“Our last Programme for Government committed to invest an additional £250 million over five years to improve and embed support for good mental health across our public services.

“We are also expanding our focus on early intervention and prevention so that we can recognise and help patients with mental health problems quickly.”