There has been a particularly large rise in cases among those aged 25 to 49, Cancer Research UK also revealed. 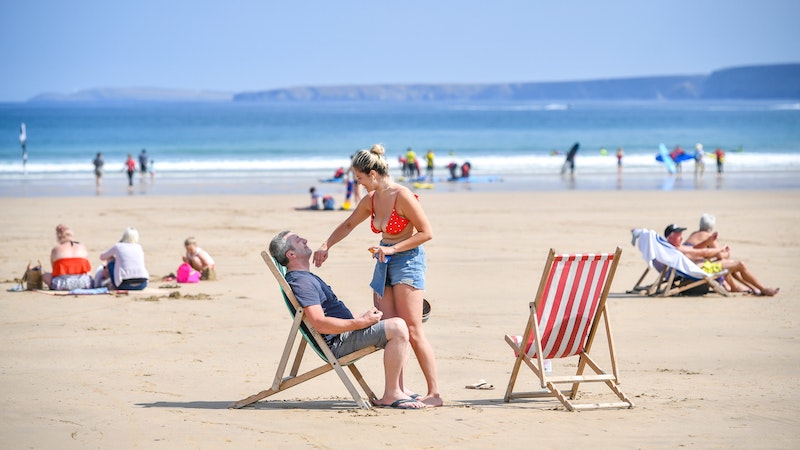 Skin cancer rates have soared by 45% over the course of a decade, with young people also developing the disease, new figures show.

Cancer Research UK found rates of melanoma - the most deadly type of skin cancer - rose dramatically between 2004-2006 and 2014-2016, the most recent figures available.

45% - Rise in skin cancer rates over a decade

According to the charity, the rise of package holidays in the 1970s and a more recent surge in cheap flights has seen more people going abroad, sometimes several times a year, putting their skin at risk from strong sun.

But it said rising rates were also down to increasing awareness of the disease, which has led to more people seeking a diagnosis.

"There is no such thing as a healthy tan" - Michelle Mitchell, Cancer Research UK

Melanoma skin cancer is the fifth most common cancer in the UK and the second most common in people aged 25 to 49.

Experts believe almost nine in ten cases could be prevented if people protect their skin with a high factor sun cream.

Getting sunburnt just once every two year triples risk of melanoma.

Michelle Mitchell, chief executive of Cancer Research UK, said: "While some might think that a tan is a sign of good health, there is no such thing as a healthy tan, it's actually your body trying to protect itself from harmful rays.

"These statistics highlight the importance of our Own Your Tone campaign, which encourages people to embrace their natural skin tone and adopt sun-safe behaviours."

"It's vital that people take every precaution possible to protect their skin, particularly in the summer months" - Prof Stephen Powis

Karis Betts, health information manager at Cancer Research UK, said: "Sun safety is not just for when you go abroad, the sun can be strong enough to burn in the UK from the start of April to the end of September.

"It's important that people are protecting themselves properly both at home and further afield when the sun is strong.

"We want to encourage people to embrace their natural look and protect their skin from UV damage by seeking shade, covering up and regularly applying sunscreen with at least SPF 15 and four or five stars."

NHS national medical director Professor Stephen Powis said: "Although cancer survival is at a record high, more people are getting diagnosed with melanoma and nearly half a million people were urgently referred for skin cancer checks in the last year, so it's vital that people take every precaution possible to protect their skin, particularly in the summer months, by wearing sunscreen and spending time in the shade.

"Getting cancer diagnosed as soon as possible is vital to people's chances of surviving, which is why the NHS long term plan sets out ways to catch it earlier including through genomic testing and the roll-out of rapid diagnostic services."