Measles outbreak: a number of cases have been reported in London schools

Schools in central and west London have reported cases of measles, leaving those who haven't been vaccinated at risk. 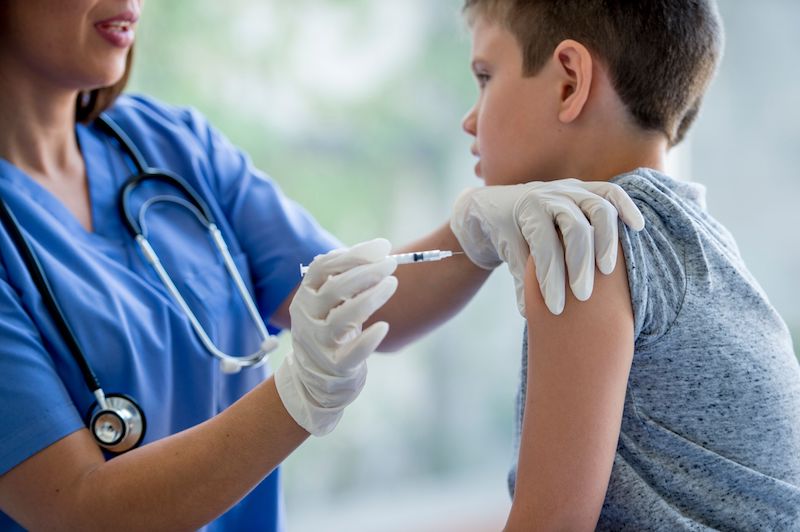 Fulham Boys School, Chelsea Academy and St Marylebone Church of England School have all had reported cases of measles.

Headteachers in other schools have been alerted about children with siblings at those schools in order to try and prevent the infection from spreading.

Public Health England (PHE) have said they would usually contact affected parents and headteachers directly but the risk of unvaccinated family members attending other schools triggered the wider alert, according to The Independent.

Letters have been sent out to headteachers, asking them to remain vigilant about the highly contagious infection. PHE Consultant Dr Janice Lo said “there has been a significant increase” in measles cases amongst north-west London residents since April.

“Some of these children may have siblings attending other schools in nearby boroughs, and therefore, we would like to inform you of the affected schools and ask you to stay vigilant for any new cases reported,” she added.

“As measles is a highly infectious disease and can lead to serious complications, we strongly encourage you to take this opportunity to ensure your staff and parents are aware of the importance of measles, mumps and rubella (MMR) vaccine, and encourage them and the children to be vaccinated.”

According to Unicef and WHO, the UK has the third highest amount of children who missed their first round of immunisations, with 527,000 UK children at risk of measles.

The organisations have put this down to fear of the vaccines being unsafe for children.

Due to the rise of measles cases being reported, health secretary Matt Hancock has previously said that he 'won't rule out' compulsory vaccination scheme in a fight against anti-vaxxers, according to The Independent.

Dr Yimmy Chow, consultant at PHE’s London health protection team, said: “Protecting your children with two doses of the MMR vaccine is the best way to ensure they are not at risk of catching measles, mumps or rubella and preventing their spread to others who cannot be immunised such as newborn babies, pregnant women and those with weakened immune systems who are most vulnerable to infection."

WHO has said that the anti-vaccine movement “threatens to reverse progress”, and that it's one of the worst health threats to the public, with a 300% increase in reported cases of measles globally.