Matt Hancock tells US ambassador: NHS is not for sale

Woody Johnson said he expected the ‘entire economy’ – including the health service – would be part of a future deal. 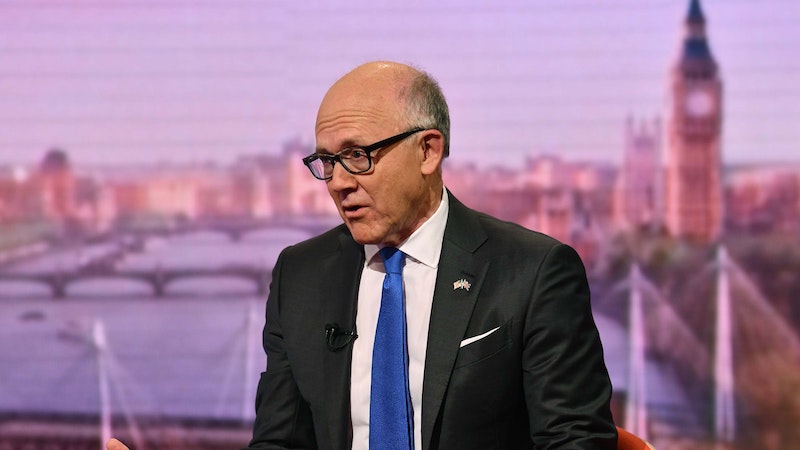 Health Secretary Matt Hancock has rebuffed the US ambassador to the UK for suggesting the NHS would be on the table in post-Brexit trade talks.

Woody Johnson said he expected the “entire economy” – including the health service – would be part of a future deal.

Mr Hancock hit back at Mr Johnson’s comments, saying the NHS is “not for sale”.

“Yes we’d love to make it cheaper to buy your life-saving pharmaceuticals – but the NHS will not be on the table in any future trade talks,” he tweeted.

Matt Hancock on Twitter - 'the NHS is not for sale'

Mr Johnson makes the comments after he was asked about fears that a free trade deal with the US would mean American pharmaceutical and medical corporations getting a slice of the NHS.

He told BBC One’s Andrew Marr Show: “Oh I don’t think they’d be put in any particular position regarding that.

“Your national healthcare service is the pride of the country. It’s a highly emotionally charged issue.”

But asked if he thought healthcare would have to be part of the deal, he replied: “I think probably the entire economy, in a trade deal all things that are traded will be on the table.” 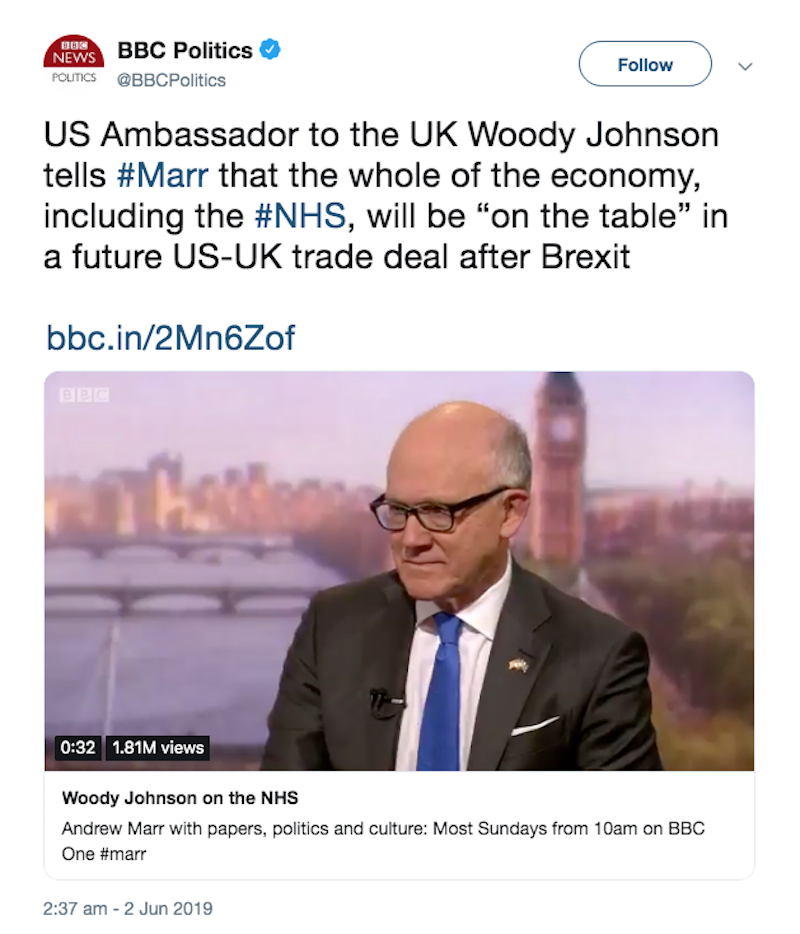 Woody Johnson on the NHS.

Pressed on whether that included healthcare, Mr Johnson said: “I would think so.”

The American ambassador also waded into the Huawei controversy and the possibility the Chinese company could be involved in building Britain’s 5G network.

He said he would “caution” the British Government to move much more slowly on the Huawei decision, and said: “I understand the British are not conclusively doing this.”

Mr Johnson denied the Huawei debate would be the biggest issue during this week’s meeting between Donald Trump and Theresa May.

He said: “I think he is going to speak in broader terms about the relationships we share at the level of prosperity and security.”