The chairwoman of the Wellcome Trust has urged Prime Minister Boris Johnson to make a significant statement on science. 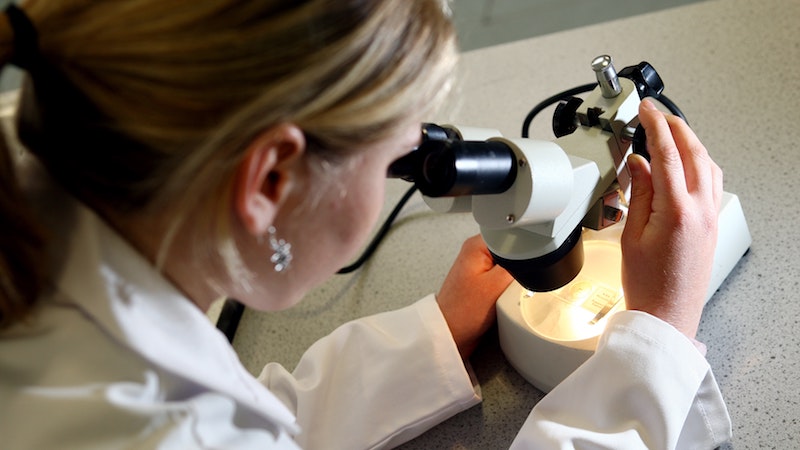 Leaving the EU without a deal is a threat to the UK's "thriving" science sector, a leading charity and medical research institute has warned.

Baroness Eliza Manningham-Buller, chairwoman of the Wellcome Trust, has written to new Prime Minister Boris Johnson calling on him to make a significant statement on science as soon as possible.

In the letter, published on Saturday, Lady Manningham-Buller welcomed the existing commitment to increasing research and development investment.

But she warned a no-deal exit from the EU was a threat to the sector and said Brexit had already led to a loss of researchers and influence.

"The final months of 2019 could be a tipping point for UK science: either an exciting moment of renewed purpose and ambition, or the point at which the UK's scientific reputation and success starts to wane" - Lady Manningham-Buller

She added: "Wellcome spends around £1 billion a year to support research and most of our money is spent in the UK because it has a thriving sector.

"Leaving the EU without a deal is a threat to that.

"I am afraid that some damage has already been done, with loss of researchers and influence.

"While science promoted global collaboration, the barriers to success need to be minimised, including with Europe where our closest and most extensive science relationships are."

Lady Manningham-Buller, a former director general of MI5, said the UK could become a world leader in the regulation of emerging technologies, such as genome editing and artificial intelligence, and export these around the world.

But she said that to "remain a science superpower" the UK will need to have a "more welcoming" immigration policy and mirror countries such as Germany, which plan to spend more.

She added: "Science is increasingly collaborative and international.

"We must become a global science hub and to do this we need a much more welcoming immigration policy designed to attract the best researchers and their families to the UK.

"We need their talent to stimulate our own research."

Lady Manningham-Buller called on Mr Johnson to set out a "bold and ambitious vision for UK science" as soon as possible.

She added: "From what you said outside Downing Street on Wednesday, and from your time as Mayor of London, I know that you understand the vital importance of supporting science for our prosperity, our health and for finding solutions to many of the challenges we face.

"Investment in research and development should be at the heart of such a vision.

"The final months of 2019 could be a tipping point for UK science: either an exciting moment of renewed purpose and ambition or the point at which the UK's scientific reputation and success start to wane.

"A significant statement on science from you, therefore, matters very much."

A government spokesman said: "The PM is committed to supporting the UK's world-leading science sector so that it can take full advantage of the opportunities ahead outisde of the EU, making sure that Britain offers the best environment for cutting-edge scientific research.

"He has also been clear that we will continue to attract the brightest and best people from around the world.

"That's why he has promised a radical rewrite of our immigration system to ensure we build a new fair, skills-based system which the British public can have confidence in, and which ensures that we are the best placed to welcome brilliant scientific talent to the UK."