The Duchess of Cambridge has opened a mental health charity’s £40 million centre which officials hope will be a “game changer” in supporting young people. 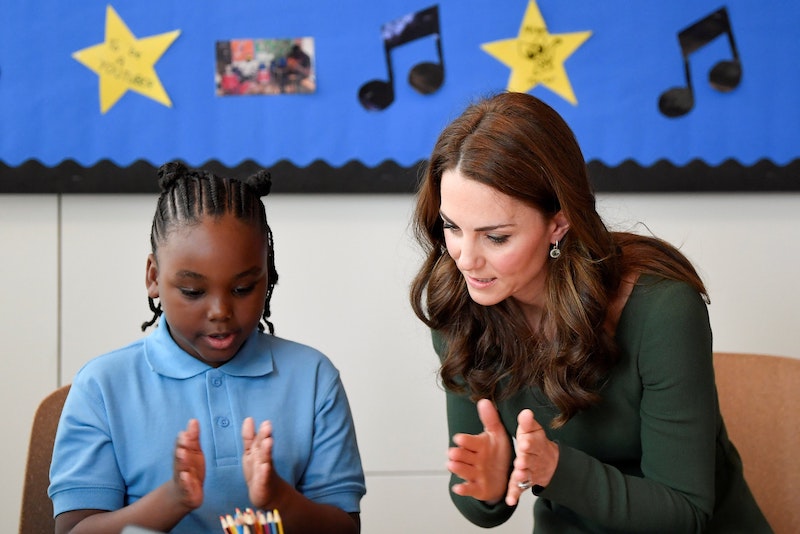 Kate was described as being “proud” to see the new home of the Anna Freud National Centre for Children and Families, which she supports as patron.

The facility brings a range of experts under one roof in King’s Cross, London.

• What inspired me to be a mental health nurse?

Her visit over-ran by more than 30 minutes as she met supporters, staff and donors and later spent time with pupils and their parents and grandparents at the charity’s school within the new building, the Kantor Centre of Excellence. 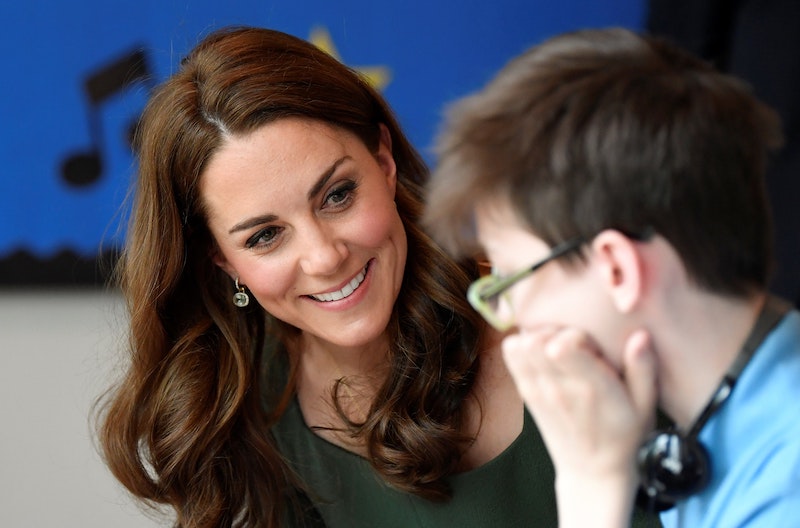 Professor Peter Fonagy, chief executive of the Anna Freud Centre, said having various departments together in the new building was crucial.

"one in eight children and young people have a mental health problem at any one time – that’s 1.25 million in England alone"

He said: “This is a game changer, and I hope it’s a game changer for child mental health. We are driving forward a change that is urgently needed because one in eight children and young people have a mental health problem at any one time – that’s 1.25 million in England alone.”

Before an unveiling ceremony, the duchess told the invited guests: “We are all here today because we care so much about transforming the mental health of children, young people and their families.

“I have learnt so much about early childhood development and the importance of support for parents through your work here at the Anna Freud Centre – this is something I really do care about.

“The ambition for the new Kantor Centre of Excellence is hugely inspiring. The bringing together of research, education, practice and policy, all in one place, will take Anna Freud Centre’s mission to the next level.

“It is testament to what can be achieved when people work together to realise a shared vision.”

"As a child I witnessed gang crime, was sexually abused, experienced the effects of child poverty"

Kate heard the moving testimony of Amy Herring, a young champion of the Anna Freud Centre, who had a traumatic period when younger but is now a lead governor for an NHS Trust and is studying for a masters in international social policy.

"At school it affected my behaviour. I became challenging and stubborn because I could not let myself suffer anymore.”

She went on to say her “suffering” had encouraged her to help other people: “To me this new centre represents an opportunity to further demonstrate our compassion and create change for young people with mental health and to offer them that chance to reach their dreams, but also empower them to lead the change.”

The 22-year-old was photographed sharing a joke, after her speech, with Kate who roared with laughter at one point, Ms Herring said later: “I can’t remember what the joke was, I was probably just so relieved to have given my speech and was full of adrenaline.”

The duchess later joined a small group of children attending their first lesson in the new Pears Family School classrooms and shared a laugh with Narriyah, seven, and her grandmother Rose – about slime. 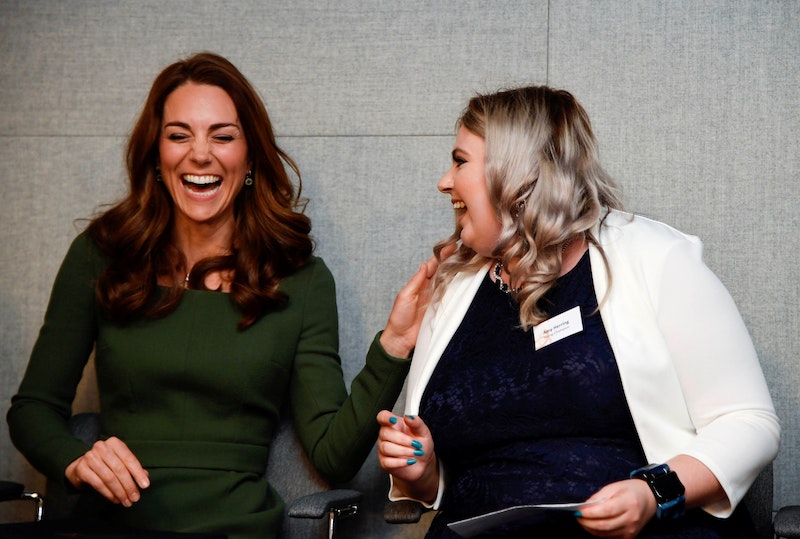 “I can’t remember what the joke was, I was probably just so relieved to have given my speech and was full of adrenaline.”

Rose, who declined to give her last name, said: “Kate was talking about her daughter and said when Charlotte plays with slime it’s pink but by the time she’s finished it is brown. “Narriyah is just the same, she’s obsessed with slime.”

At one point, the seven-year-old and the duchess clapped their hands in unison for a music project.

It is integral to the charity’s new set-up of all departments under one roof, Professor Fonagy said: “It is important because if we are going to disseminate discovery, the people who do the dissemination have to be close to the people who are doing the discovery otherwise it can take up to 17 years between what’s called from bench to bedside.

“We train each year about 8,000 clinicians and for them to be here and to learn the new discoveries makes them more effective wherever they are.”