I was treated like a leper, teenager who cared for mother tells blood inquiry

The Infected Blood Inquiry is hearing evidence in Belfast this week. 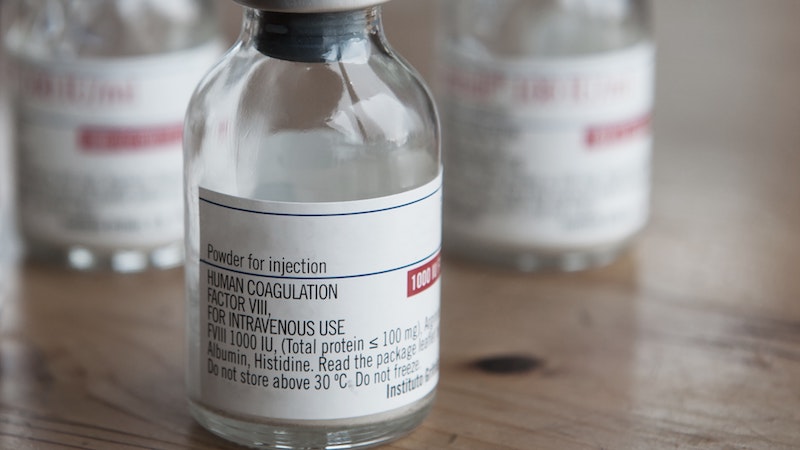 A teenage schoolgirl became her mother’s carer after she fell ill with hepatitis C contracted from infected blood, an inquiry has heard.

Danielle Mullan said her mother Marie had been given a transfusion while giving birth to her older brother in 1981 and was diagnosed with hepatitis C after becoming ill in 2003.

Giving evidence to the Infected Blood Inquiry hearing in Belfast on Wednesday, she said that she had been about 16 years old and was doing her GCSEs at the time.

Ms Mullan, who later tested negative for the virus, said that when other students discovered her mother was infected they treated her like a “leper”.

She added: “Word got around the school and it became apparent that some kids would not stand too close to me, some of them would not touch a bottle. They would not pass a ball to me in netball.

“It was like I had become some sort of leper that no one would go near or touch which was very hard.”

Ms Mullan said she became more of a carer than a daughter to her mother, which had a knock-on effect on her GCSE results.

But in 2005, when Ms Mullan was about 18, she and her brother found their mother slumped on her bed next to a basin filled with her own blood.

• Blood scandal inquiry frightened on no one, former Judge says

Ms Mullan added: “She was lying all slumped on the bed.

“She was as white as a sheet and when I turned on the light she had a basin beside her.

“When I looked into the basin the basin itself was red, and I could just see the reflection on top of the blood that was in the basin and the basin was full.”

Marie was rushed to hospital where she was diagnosed with cirrhosis of the liver and told she needed a transplant.

The inquiry heard that Marie received a first transplant in August 2007, but the hepatitis C began to attack the new organ and the family was told she had developed cirrhosis again.

Ms Mullan said that before her mother could have a second transplant she needed to clear the virus and underwent two programmes of treatment before being cleared of hepatitis C.

The inquiry heard that Marie was then flown to King’s College Hospital in London to await an organ becoming available for her second transplant.

But Ms Mullan said after about eight weeks the consultant said they were flying her home to spend “whatever time she had left with her family”.

She added: “They didn’t think a liver was going to come in time.

“So she was sent back to Belfast again and was told in no uncertain words ‘you’re being sent home to die’.”

But the inquiry was told that having been flown home on a Tuesday the family received word in the early hours of that Friday there was a suitable liver and Marie was flown by Air Ambulance from Belfast to back to London to have her transplant in October 2015.

After the second transplant Ms Mullan said she would continue to visit her mum every day, taking her new-born child with her.

The inquiry also heard evidence on Wednesday from Simon Hamilton, who contracted hepatitis C from the blood products he was given for his mild haemophilia.

The 58-year-old, who is chairman of Haemophilia Northern Ireland, said that although he has been cleared of hepatitis C he needs six-monthly scans to determine if he has developed cancer in his damaged liver.

Mr Hamilton said that all the people infected and affected had suffered trauma from the contaminated blood scandal.

He added: “I realised I had been traumatised by the experiences I had had, all my haemophilia experiences as well as the contaminated blood issues.

“I realised my fellow sufferers, the infected and affected, all have some issues and it’s all under the surface, this is like an iceberg.

“It’s very hard to measure that but it’s all real.”

The inquiry, led by former High Court judge Sir Brian Langstaff, will continue to sit in Belfast for the rest of the week.