Across England, hospitals are expected to treat, admit or discharge 95% of patients within four hours. 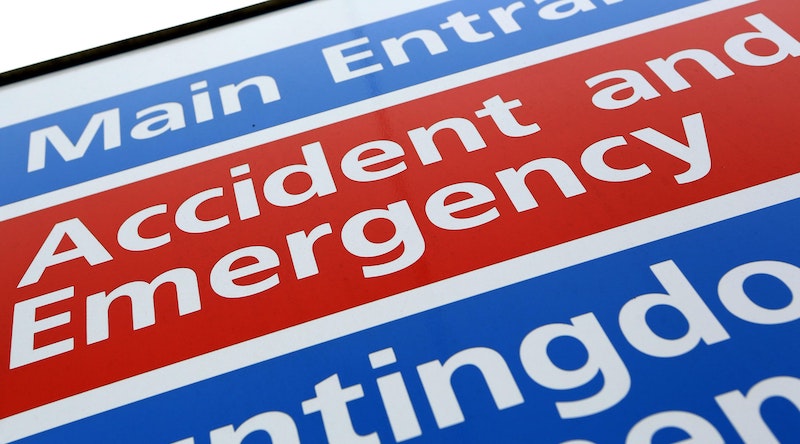 Some hospitals are “gaming the system” to make their A&E waiting times data look better than it is, medics have claimed.

Senior staff said patients are being sent to same day emergency care units where they face long waits but trust officials then drop them from the official A&E data collection.

Across England, hospitals are expected to treat, admit or discharge 95% of patients within four hours.

This target has not been met since July 2015 and some experts say it is unlikely the NHS could ever hit it again.

NHS England is piloting plans that could lead to the four-hour target being scrapped, replacing it with new measures such as how quickly people with serious conditions such as heart attacks, strokes and sepsis are seen.

But until a new plan is brought in, hospitals must still collect four-hour data on A&E waits.

• 95% of Nurses say patient health is at risk

Same day emergency care (SDEC) units are being introduced to all hospitals to give same day care for emergency patients who would otherwise be admitted to hospital.

The aim is to prevent people being admitted, with more patients getting discharged the same day.

While the move has been broadly welcomed, it has led to a loophole where patients can be sent to a SDEC unit with a long wait and then removed from four-hour data.

Clinical staff at a local level told HSJ that some trusts are wilfully misusing the new units to take a significant chunk of A&E admissions off the four-hour clock to avoid breaches – but without changing care for patients.

And a senior staff member at a large A&E department told the HSJ: “SDEC as a concept is sound.

“But what is happening in reality is (some) trusts are just rebranding part of their emergency department as an SDEC unit and saying: ‘These patients no longer count in the four-hour data’.

“But there’s no actual change in clinical practice – it’s just an exercise designed to game the system.

“The patients in the SDEC just end up waiting longer, but are no longer on the four-hour clock.”

From A&E to SDEC

Two University Hospital Southampton Foundation Trust staff members raised concerns about their own trust, saying A&E staff were told to move patients to the SDEC unit, which took them off the four-hour clock.

One member of emergency department staff told the HSJ: “This change has caused huge anxiety amongst senior nurses and doctors in the department.

“We have huge concerns this is simply gaming the system.

We have rebadged an area in A&E and made it a clock-stopping area. There is no change in the environment or standard of care. Simply changing the name.

“Nothing will change about who sees these patients or where, they just won’t be counted as breaches.

“Our worry is patients will be made to wait over those that are counted.”

The trust’s chief operating officer, Caroline Marshall, told HSJ in a statement that the matter had “already been addressed”.

She added that the trust was trialling measures to improve the flow of patients through the emergency department, “including expanding the use of same day emergency care practices where it is appropriate to do so”.

NHS England clinical advisor on A&E, Dr Clifford Mann, said: “Trusts have been making great progress towards delivering the long-term plan ambition for every major hospital to have an SDEC unit by the end of this year, with broad clinical consensus that this model of care provides improved outcomes and convenience for patients while making best use of NHS resources.

“While it is important to address any local concerns, there is no evidence of a wider problem, with the new emergency care data set allowing accurate and transparent reporting of SDEC activity and outcomes, supporting regional and national oversight to ensure that it is used appropriately.”