Scientists have used tiny layers of Manuka honey in surgical mesh to fight post-operative infections which cause hospital re-admissions. 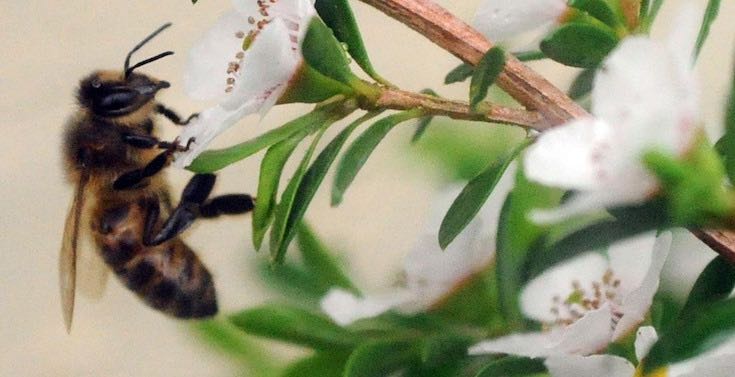 A bee on a Manuka bush

Scientists have developed high-tech honey sandwiches to use in the fight against superbug infections.

They have found a way to put minute amounts of Manuka honey between layers of surgical mesh which are used in operations.

There have long been health claims made about Manuka honey, the high-priced New Zealand version of the product, and honey has been used to treat wounds since ancient times as it has antibiotic properties.

Alternative solution in fight against superbugs

Meshes are used to promote soft tissue healing after surgery and are commonly used in operations for hernias.

But there is an increased risk of infection as bacteria can get a hold inside the body by forming a “biofilm” on the mesh.

Secondary infections following surgery are a major cause of hospital readmission, and are treated with antibiotics, but the emergence of superbugs has led researchers to look for alternatives. 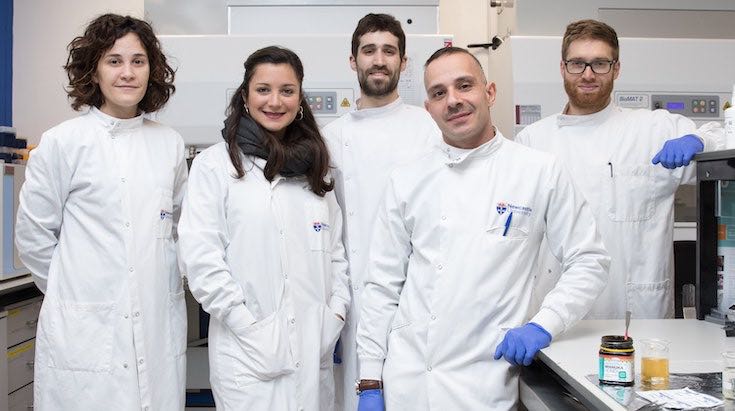 Dr Piergiorgio Gentile and his team at the Bio Pharmacy labs, Newcastle University.

A team of engineers and scientists led by Dr Piergiorgio Gentile at Newcastle University and Dr Elena Mancuso, at Ulster University, sandwiched eight nano-layers of Manuka honey, with a negative charge, between eight layers of a positively-charged polymer.

They showed it was possible to create an electrostatic nanocoating on the mesh which in the lab inhibits bacteria for up to three weeks as the honey is slowly released.

Publishing their findings in the journal Frontiers, the team claimed the study highlights the potential benefits of infusing medical implants with honey.

Dr Piergiorgio Gentile, lead author and a biomedical engineer at Newcastle University, said: “Mesh is implanted inside the body to provide stability while the internal tissues heal but, unfortunately, it also provides the perfect surface for bacteria to grow on.

“Once the bacteria form a biofilm on the surface, it’s very difficult to treat the infection.

“By sandwiching the honey in a multilayer coating on the mesh surface and slowly releasing it, the aim is to inhibit the growth of the bacteria and stop the infection before it even starts.

“These results are really very exciting.

“Honey has been used to treat infected wounds for thousands of years but this is the first time it has been shown to be effective at fighting infection in cells from inside the body.” 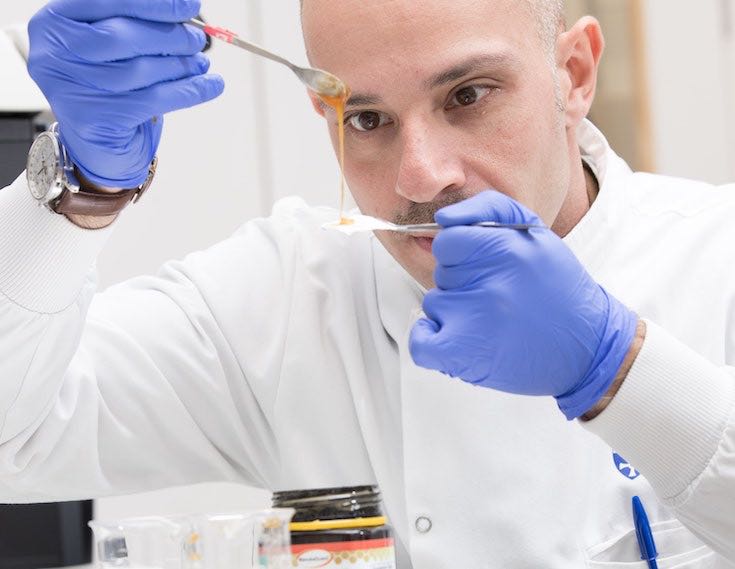 Dr Piergiorgio Gentile, who has led a team developing the high-tech honey sandwiches, absorbed in his work

Dr Mancuso, a lecturer within the Nanotechnology and Integrated Bioengineering Centre (NIBEC) at Ulster University, added: “Although numerous antibiotic-based coatings, constructed through layered approaches, and intended for the development of antibacterial implants, have been investigated so far, it has been found that the effect of antibiotics may decrease with time, since antibiotic resistant bacteria may potentially develop.”

Most honey is believed to have some bacteria killing properties because it contains chemicals that produce hydrogen peroxide.

In 1991 a New Zealand study showed that when hydrogen peroxide is removed from a range of honeys, Manuka – which is made from nectar collected by bees that forage on the wild Manuka tree – was the only type that kept its ability to kill bacteria.

This is due to the presence of a unique ingredient, now identified as methylglyoxal, which has specific antimicrobial properties.