Claims of NHS bosses bullying and harassing radiographers have been brought to light, which has been highlighted as 'deeply concerning' by Scottish Labour. 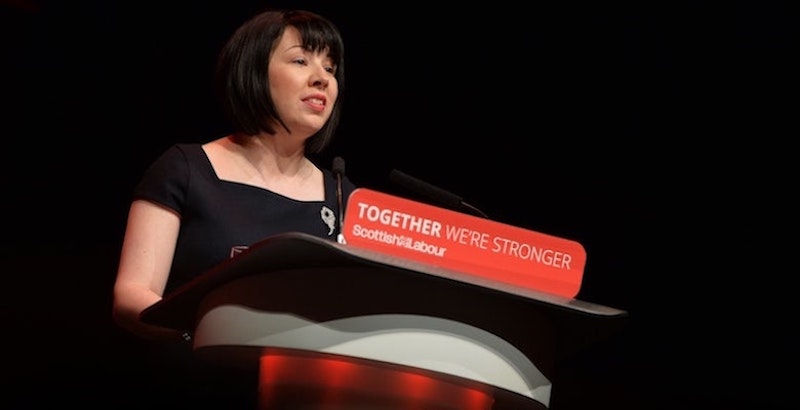 Staff claim that there have been “years of allegations of bullying and harassment by line managers”.

The Health Secretary is facing calls to investigate accusations that NHS managers in Ayrshire and Arran have been bullying and harassing radiography staff.

The Society of Radiographers (SoR) has revealed that 85 staff working for NHS Ayrshire and Arran have submitted official complaints about the behaviour of managers, with a further 16 considering adding their names to the grievance.

Staff claim that there have been “years of allegations of bullying and harassment by line managers” which has led to more than half of all SoR members at the health board making complaints.

Following the allegations, Scottish Labour Health Spokesperson Monica Lennon said: “These reports of bullying within NHS Ayrshire and Arran are deeply concerning and must be thoroughly investigated. 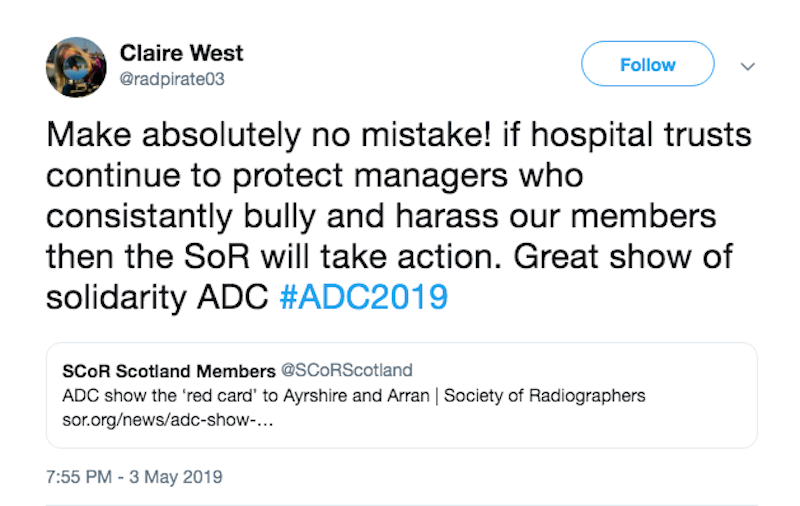 “Our NHS staff do amazing work and they deserve to be treated with respect – not face a workplace culture of fear and harassment.

“It’s a scandal that staff are becoming ill because of pressure to take more shifts, amidst a workforce crisis which is causing a shortage of radiographers and a bottleneck of waiting times.

“The Health Secretary should investigate these claims as a matter of urgency, and address the wider workforce crisis in the health service by giving our NHS staff the resources they need.

” Last week, the professional body’s annual conference voted to support colleagues to take action, after the claims of “aggressive behaviour and lack of empathy and support for staff who are upset or distressed”.

"Members feel that the health board isn’t listening and doesn’t care about how they are being treated" - Deborah Shepherd, Society of Radiographers

Deborah Shepherd, the SoR national officer for Scotland, said: “We have been trying to have the issues about the behaviour of certain line managers resolved without having to take formal action.

“A meeting with the chief executive of NHS Ayrshire and Arran, John Burns, failed to happen and members feel that the health board isn’t listening and doesn’t care about how they are being treated.”

Responding to the allegations, Mr Burns said the health board takes the concerns seriously and has offered to work with SoR members through an independent review.

Mr Burns added: “I personally offered to meet with staff to assure them that this co-produced process would be a formal process with clear outcomes.

This would not remove the right for a grievance to be heard at a later date should that be a conclusion of the review.

“Having been advised by the Society of Radiographers that their members did not wish to take forward the proposal, we confirmed to the Society that the grievance will proceed in accordance with board policy.

Arrangements are underway to hear the grievance.

“We recognise that this is a difficult time for all staff who are affected by this grievance.”