Green inhalers will cut CO2 and save NHS millions

Switching to “green” inhalers for conditions such as asthma could cut greenhouse gas emissions and reduce drug costs. 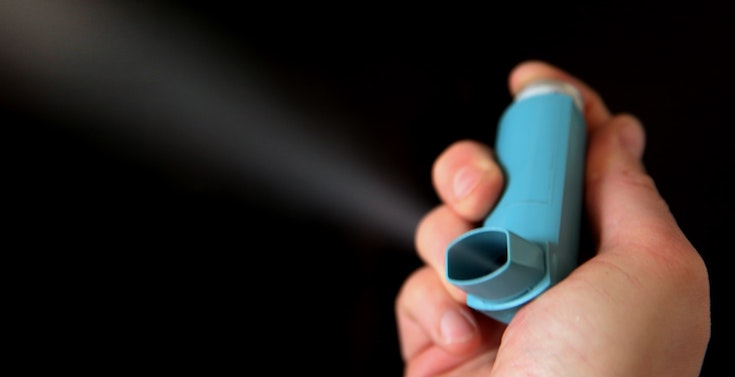 Research led by the University of Cambridge looked at the carbon footprint of inhalers, which account for almost 4% of the greenhouse gas emissions of the NHS.

Metered-dose inhalers to deliver medication for conditions such as asthma contain liquefied compressed gases to pump out the drugs to the user as they breathe in.

They once contained chlorofluorocarbons (CFCs) as the propellant, which were greenhouse gases and damaged the ozone layer.

But CFCs have been banned and replaced by hydrofluoroalkanes (HFAs), which are also potent greenhouse gases.

Alternatives, such as dry powder inhalers, exist but a barrier has been the higher “up-front” cost of these other drug-delivery products, the researchers said.

But swapping out metered-dose inhalers for the cheapest equivalent dry powder inhaler could cut millions off the NHS drugs bill and significantly reduce carbon emissions, the research published in the journal BMJ Open said.

The researchers used prescription data from England in 2017 and estimated the carbon footprint of inhalers commonly used in the country.

The study found the carbon footprints of metered-dose inhalers were between 10 and 37 times those of dry powder inhalers.

In 2017, around 50 million inhalers were prescribed in England, of which 70% were metered-dose productions.

At these prescription rates, replacing one in 10 metered-dose inhalers with the least expensive brands of dry powder equivalents could reduce drug costs by £8.2 million annually.

And it would reduce greenhouse gas emissions by the equivalent of 58,000 tonnes of carbon dioxide a year, roughly the same as 180,000 return car journeys from London to Edinburgh, the researchers said.

On an individual level, replacing each metered-dose inhaler with a dry powder equivalent would save between 150kg and 400kg a year, they said.

That is similar to the amount of savings an environmentally conscious person could achieve by taking steps around the home such as recycling, installing wall insulation or cutting out meat, the study said.

Patients should not cut back on usage

But people should not cut back on their medication to try to reduce emissions, the researchers said.

Dr Alexander Wilkinson, consultant in respiratory medicine from East and North Hertfordshire NHS Trust, said: “Any move towards ‘greener’ inhalers would need to ensure that replacements were cost effective.

“By switching to less expensive brands, we’ve shown that it would still be possible to make a positive impact on carbon emissions while at the same time reducing drug costs.

But patients should review conditions and treatments at least annually with healthcare professionals – and could discuss whether environmentally friendly inhalers are available and appropriate for them to use, the researchers said.

People can also make sure they are using their inhalers correctly, return finished ones to pharmacies for proper disposal and avoid throwing away half-full items to help reduce the carbon footprint of their medication.

Dr James Smith, from the University of Cambridge, said: “Our study shows that switching to inhalers which are better for the environment could help individuals, and the NHS as a whole, reduce their impact on the climate significantly.

“This is an important step towards creating a zero carbon healthcare system fit for the 21st century.”

Simon Stevens, NHS chief executive, said: “The NHS has already cut its carbon footprint by one fifth in the past decade and giving patients the option to, where clinically appropriate, shift to lower carbon ‘green’ inhalers as set out in the Long Term Plan is not only the right thing for them but also the planet.”