The online tech giant Amazon has been given free access to NHS data – excluding confidential information. 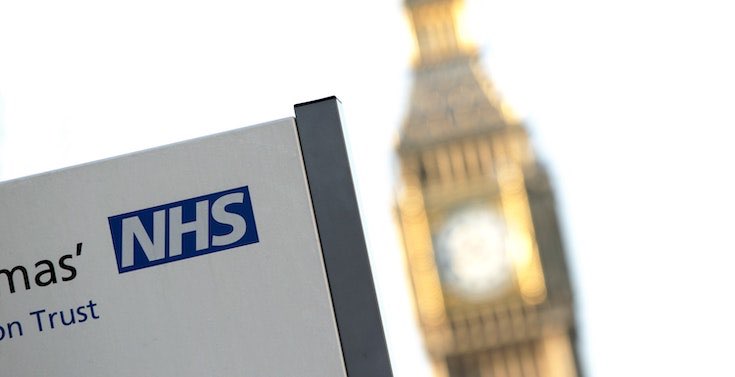 The Government has been accused of breaching state aid rules by allowing Amazon to have access to public NHS data for free.

A letter, seen by the PA news agency, shows that a formal complaint has been lodged with the EU Commission, claiming that the arrangement is “excessive” for the reasons Amazon has given for using the information.

Amazon given tax assistance and free, forever licence to all NHS healthcare information

Jolyon Maugham QC, a prominent anti-Brexit campaigner and founder of the Good Law Project, wrote the letter which was sent on Wednesday, claiming the tech giant should have paid for access.

He said: “We know from secret recordings that the Government lent on the tax authorities to go easy on Amazon. It now looks like it is also giving Amazon – worldwide, forever, irrevocably and royalty-free – a licence to all of the NHS’s healthcare information.

“Amazon gets a leg up in the hugely valuable healthcare sector. But what’s in it for us? Our Government should have charged Amazon for the data but it didn’t. I’m making this complaint so that the EU Commission forces Amazon to pay up.”

EU state aid rules say governments must not give away public assets without approval from the Commission for anything worth more than 200,000 euros (£168,600) over three years. Campaigners claim the value of the NHS information is far higher.

Both Amazon and the NHS insist that the data is freely available and used by other organisations, with no private information on patients being provided.

But George Peretz QC, a barrister at Monckton Chambers in London, specialising in EU, VAT, state aid, competition and customs law, said the Government had questions to answer.

'You'd expect Amazon to pay for it'

He told PA: “The general principle is if the Government lets a private company use public assets free of charge – that’s state aid. Normally, if there are assets that are useful and help the private company make money, the Government should charge for it – whether it’s land, intellectual property or, in this case, data.

“You’d expect that if any operator that has a lot of very valuable data – let’s say a bank – entered into an arrangement with Amazon to provide it with data, you’d expect Amazon to pay for it.”

Government and Amazon have teamed up before

Amazon and the NHS first announced it had teamed up over the summer, when it launched a health service on its Alexa voice-controlled home assistants.

But earlier this month a redacted copy of the contract was released to the Privacy International charity, which states Amazon can access information on symptoms, causes and definitions of conditions, and “all related copyrightable content and data and other materials”.

The contract also states that the company can use the information to sell “new products, applications, cloud-based services and/or distributed software”, which can be shared with third parties.

The filing by Mr Maugham says: “The licensing of the data goes far beyond what is necessary to achieve the objective. It is excessive.”

NHS and Amazon insist that the data is already freely available and used by 1,500 organisations – primarily local authorities and other public bodies – although the deal with the tech giant is one of the largest.

An Amazon spokeswoman said: “We are confident that our agreement with NHS is fully in line with UK and EU rules.

“It is a licence to use content from the NHS website, which is already freely accessible to the public.“We don’t have the details of this complaint though we would stress that Alexa does not have access to any personal or private information from the NHS.”

The Department of Health declined to comment, citing purdah rules.

An NHS spokesman said: “No patient data is being provided to this company by the NHS, which takes data privacy extremely seriously and has put appropriate safeguards in place to ensure information is used correctly.”