Government aims to end smoking in England by 2030

All smokers admitted to hospital will be offered support to quit. 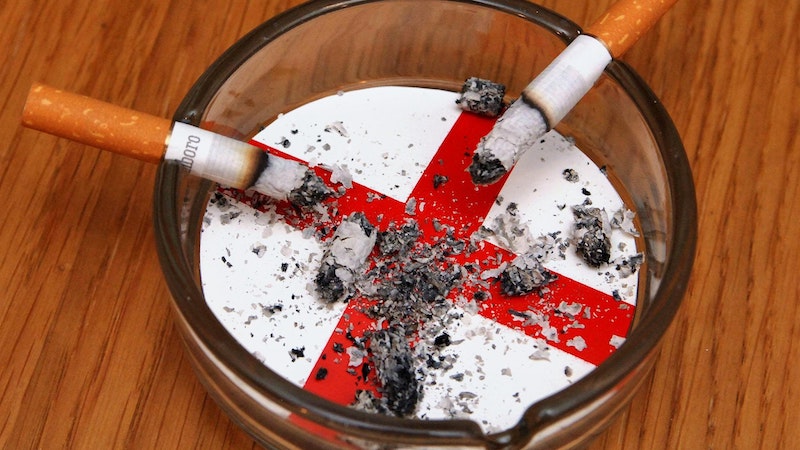 The government is aiming to end smoking in England by 2030 as part of a range of measures to address preventable ill health.

Its green paper. released late on Monday, says that though "traditional public health interventions have led to significant improvements in the nation's health", more needs to be done.

"Thanks to our concerted efforts on smoking, we now have one of the lowest smoking rates in Europe with fewer than 1-in-6 adults smoking. Yet, for the 14 percent of adults who still smoke, it's the main risk to health.

"Smokers are disproportionately located in areas of high deprivation. In Blackpool, 1-in-4 pregnant women smoke. In Westminster, its 1-in-50.

The paper says "obesity is a major health challenge that we've been less successful in tackling", and that clean air will continue to be challenging for the next decade.

It says that access to mental health services has been improved. "In the 2020s, we need to work towards 'parity of esteem' not just for how conditions are treated, but also for how they are prevented.

"On dementia, we know 'what's good for your heart is also good for your head'.  A timely diagnosis also enables people with dementia to access the advice, information, care and support that can help them to live well with the condition, and to remain independent for as long as possible."

The green paper proposes a series of steps to help tackle future health needs, including:

- all smokers who are admitted to hospital will be offered support to stop smoking;

- the Diabetes Prevention Programme will be doubled;

- alcohol care teams are to be established in more areas;

- measures taken to help shift the health system away from just treating illness, and towards preventing problems in the first place.

The paper points out that in 2007 England was one of the first countries to ban smoking in public areas and introduced plain packaging for cigarettes in 2016.

"Recently, the government also published a tobacco control plan, which included the goal of reducing smoking rate to 12 percent in adults by 2022," it says.

"The gains in tobacco control have been hard-won, and there's still much to do. For the 14 percent of adults who are not yet smoke-free, smoking is the leading cause of ill-health and early death, and a major cause of inequalities. That's why the government wants to finish the job."

The green paper says it is the Government's ambition that England will be smoke-free by 2030.

"This includes an ultimatum for industry to make smoked tobacco obsolete by 2030, with smokers quitting or moving to reduced risk products like e-cigarettes."

Further proposals for moving towards a smoke-free 2030 will be set out at a later date.