The findings relate to all types of fish. 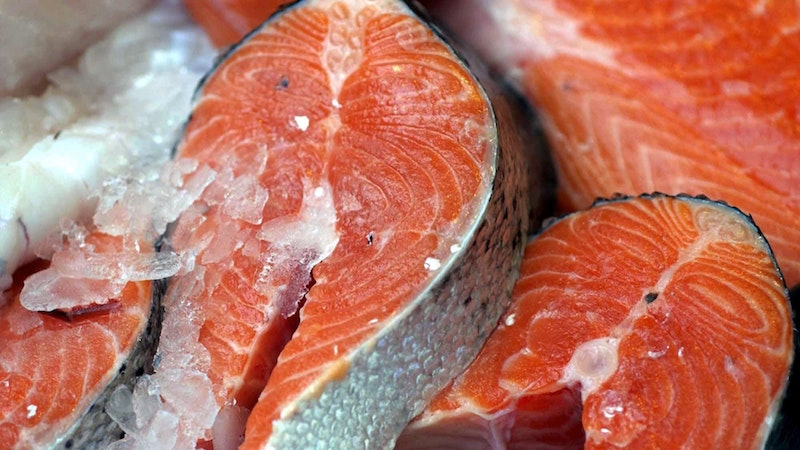 Those who enjoy fish on such a regular basis have a 12% lower risk of bowel cancer than those who eat less than one portion per week, experts said.

The finding related to all types of fish, though people who opt only for smaller portions of oily fish can also cut their risk of bowel cancer by 10%.

The study, which included experts from the University of Oxford and the International Agency for Research on Cancer (IARC), was published in the journal Clinical Gastroenterology and Hepatology.

It was funded by the World Cancer Research Fund (WCRF) in order to help strengthen its advice to the public.

For the study, researchers examined the dietary habits of 476,160 people who had filled in food frequency questionnaires.

This included detail on their fish intake - including white, fatty, oily and lean fish.

Over an average follow-up of 14.9 years, 6,291 people developed bowel cancer.

The results showed that eating 359.1g of any fish per week led to a 12% decreased risk of bowel cancer compared with eating less than 63.49g a week.

Meanwhile, people eating just 123.9g a week of oily fish, such as salmon and sardines, enjoyed a 10% lower risk of bowel cancer.

A typical portion of fish is around 100g.

The researchers concluded: "Consumption of fish appears to reduce the risk of colorectal (bowel) cancer and should be encouraged as part of a healthy diet."

The team said fatty and oily fish is an extremely rich source of long-chain n-3 polyunsaturated fatty acids (n-3 LC-PUFA), which are believed to have a protective effect in the body and prevent inflammation.

"One downfall of the study is that dietary data collected from participants did not include information on fish oil supplement intake" - Dr Marc Gunter, IARC

Dr Marc Gunter, the lead researcher from the IARC, said: "Our research shows that eating fish appears to reduce the risk of bowel cancer and should be encouraged as part of a healthy diet.

"One downfall of the study is that dietary data collected from participants did not include information on fish oil supplement intake.

"This unmeasured fish oil supplementation may also have an effect on bowel cancer, so further studies will be needed to see if fish or fish oil influence bowel cancer risk."

Eating shellfish appeared to have no effect on the risk of bowel cancer.

Dr Anna Diaz Font, head of research funding at the WCRF, said: "This large study adds to the scientific evidence suggesting that consuming fish could reduce the risk of bowel cancer.

"The biological reasons by which fish consumption potentially lowers risk are not fully understood but one of the theories include specific fatty acids such as omega-3, found almost exclusively in fish, being responsible for this protective effect via their anti-inflammatory properties."

Lisa Wilde, director of research and external affairs at Bowel Cancer UK welcomed the study but called for further research.

She added: "Making simple changes to your lifestyle can help stack the odds against bowel cancer.

"Including wholegrains, fibre and fish in your diet, being of healthy body weight, having regular physical activity, avoiding processed meats and limiting red meat, can all make a real difference."

Bowel cancer is the fourth most common cancer in the UK and has the second-highest death rate of all cancers.

Experts think around 40% of all cancers are down to unhealthy lifestyles.

Previous research by the WCRF has found only limited evidence that consuming fish may be linked with a reduced risk of bowel cancer.