Domestic violence victims in rural ares are being let down, report claims

A new report says it is more difficult to access support services in the countryside. 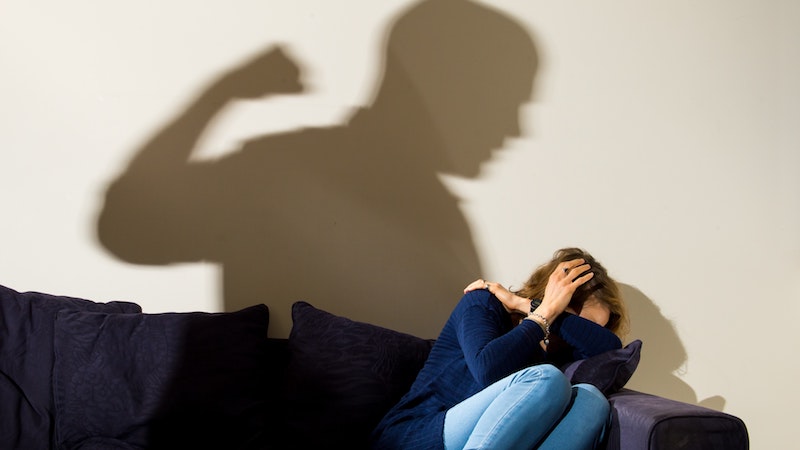 Domestic violence victims living in rural areas are "lacking support that could mean the difference between life and death", a report has claimed.

It claims that while the number of domestic violence offences recorded per 1,000 people in rural areas is lower, this is because victims are less likely to report the crime to police.

The report says it is more difficult to access support services in the countryside, which often has poor public transport, and that abusers are drawn to rural areas so they can keep their victim isolated.

It concludes: "The nature of domestic abuse itself is similar across rural and urban areas and the factors that drive it are similar.

"However, rurality is a weapon that increases isolation, stigma and shame in small, often closed communities, and which creates barriers that, without proactive intervention, will prevent many victims from accessing support.

"The implications of this are serious. Victims and survivors are being let down, and are lacking support that could mean the difference between life and death.

"There is an urgent need for change, which needs to be considered seriously by policymakers and commissioners, and by frontline agencies and services in rural communities." 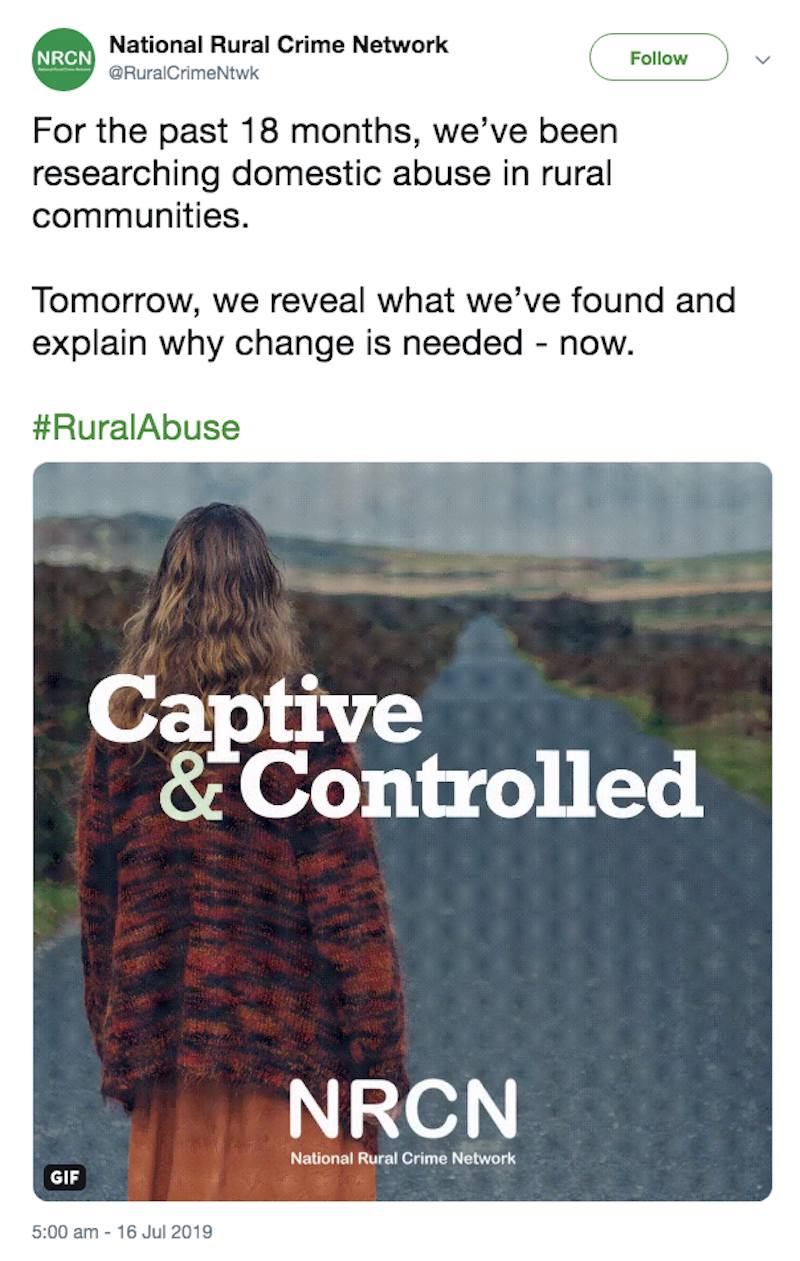 The researchers interviewed 67 victims from seven different areas of England, as well as reviewing existing literature on domestic violence.

Luke Hart, whose controlling father murdered his sister Charlotte, 19, and mother Claire, 50, in Lincolnshire in 2016, said: "Isolation was one of the key tactics our father used to control us.

"When I was three, he took us to the middle of nowhere into an old barn house where our parents didn't work for a decade. In fact, perpetrators will often move to rural communities precisely to isolate their victims.

"Rural communities, therefore, offer a much easier opportunity for an abuser to economically abuse a victim and control their access to resources and their movements.

"Our father controlled the car and monitored exactly where our mother went and checked how many miles she drove.

"We never realised we were suffering domestic abuse because no one ever spoke about it in the area - most likely because people assumed, or didn't want it, to be a problem.

"Rural life is supposed to be idyllic and peaceful, so people often try to make it look that way, whether it's the case or not."

The report will be launched at the Houses of Parliament on Wednesday.

Chairwoman of the National Rural Crime Network Julia Mulligan said: "This report is clear - domestic abuse is hidden under our noses, hidden by abusers who like to keep it that way and on a scale of abuse hitherto unseen.

"All parties with a duty to help victims; the police, support services, charities, Police and Crime Commissioners, health services, and many others, need to understand that we have missed this. We have let victims and survivors down.

"We have collectively failed. We need to put that right. And for all of that, let me be the first to apologise to those we have failed."

The report includes 2016 crime data from 11 forces analysed by Dyfed Powys Police which found that 9.23 domestic abuse offences per 1,000 people were reported in rural areas compared to 17.92 in cities and towns.

The report authors claim that the rates should be a similar number and that the difference is because fewer victims in rural areas contact police.

Data from the 2017 Crime Survey for England and Wales, based on victims' experiences rather than police figures, showed that rates were similar for urban and rural areas.

A Home Office spokesman said: "Domestic Abuse is a horrendous crime that we are committed to tackling.

"We outlined that commitment on Tuesday by introducing the landmark Domestic Abuse Bill in Parliament.

"Whether it takes place in our rural communities or cities, we are supporting chief constables and police and crime commissioners so they can deploy resources as they best see fit to tackle crime, including domestic abuse.

"The new domestic abuse commissioner will play an important role in monitoring the provision of services for victims of domestic abuse, including those in rural communities."