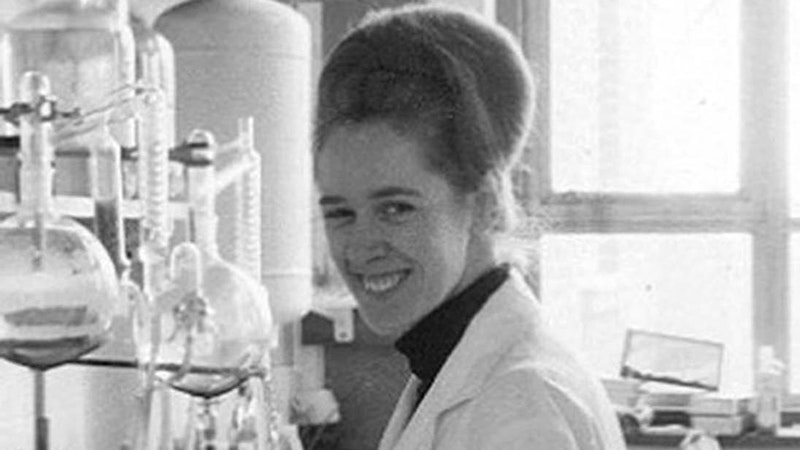 A female nurse who helped pioneer the world’s first test-tube baby was snubbed from a plaque honouring the innovators of IVF despite calls from a colleague for her inclusion, newly released documents show.

They established their success with the birth of Louise Brown on July 25 1978, and to date more than six million IVF babies have been born around the world.

• Every woman screened for IVF treatment within one year target

Dr Edwards wrote to Oldham Area Health Authority in 1980 asking if it would be possible to have plaques at the hospitals involved “to do justice to the participants involved” and he proposed wording which included Jean Purdy’s name. 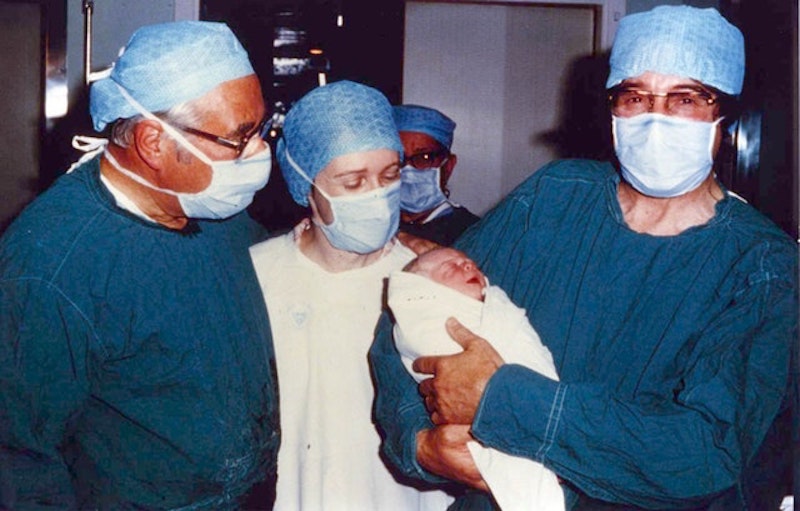 He was told, in a reply from an administrator, that the authorised wording would read: “Human in vitro fertilisation followed by the world’s first successful pregnancy, was preformed in this hospital by Mr Patrick Steptoe, Dr Robert Edwards and their supporting staff in November 1977.”

Sector administrator David Killion wrote: “I hope you will find it sufficiently acceptable to enable us at least to put up something to commemorate your work, even if this does not describe it as fully or as clearly as you would wish.”

Dr Edwards protested in a letter of 1981, writing: “I feel strongly about the inclusion of the names of the people who helped with the conception of Louise Brown.

“I feel this especially about Jean Purdy, who travelled to Oldham with me for 10 years, and contributed as much as I did to the project.

“Indeed, I regard her as an equal contributor to Patrick Steptoe and myself.” 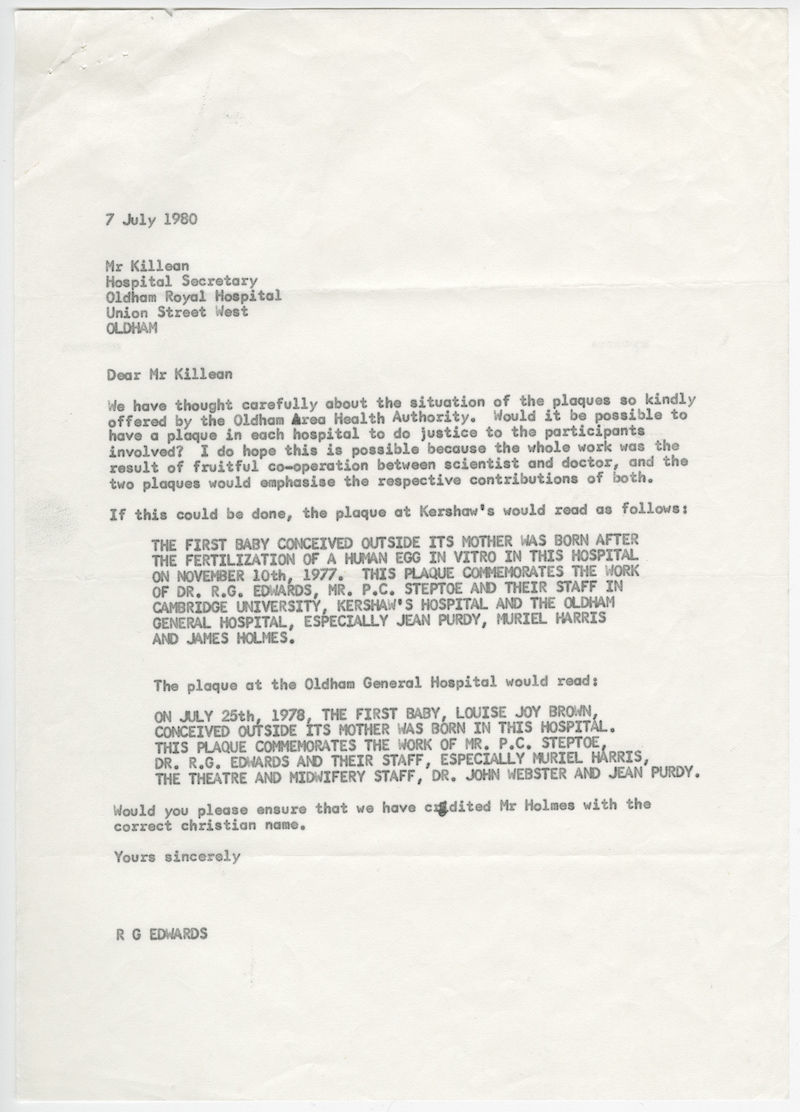 However, the plaque at Kershaw’s Cottage Hospital near Oldham went ahead without Ms Purdy’s name.

The letters have been released from the private papers of Professor Sir Robert Edwards, which are held at Cambridge University’s Churchill Archives Centre.

It has been opened to the public after work to catalogue the collection, funded by the Wellcome Trust, was completed. Madelin Evans, project archivist, said the letters do not reveal an “explicit reason” as to why Ms Purdy’s name was omitted.

“It’s hard to second guess what they were thinking at the time,” she said.

“But I mean it was the 80s, it probably had quite a bit to do with the fact she was a nurse, an embryologist and a woman I suppose.” 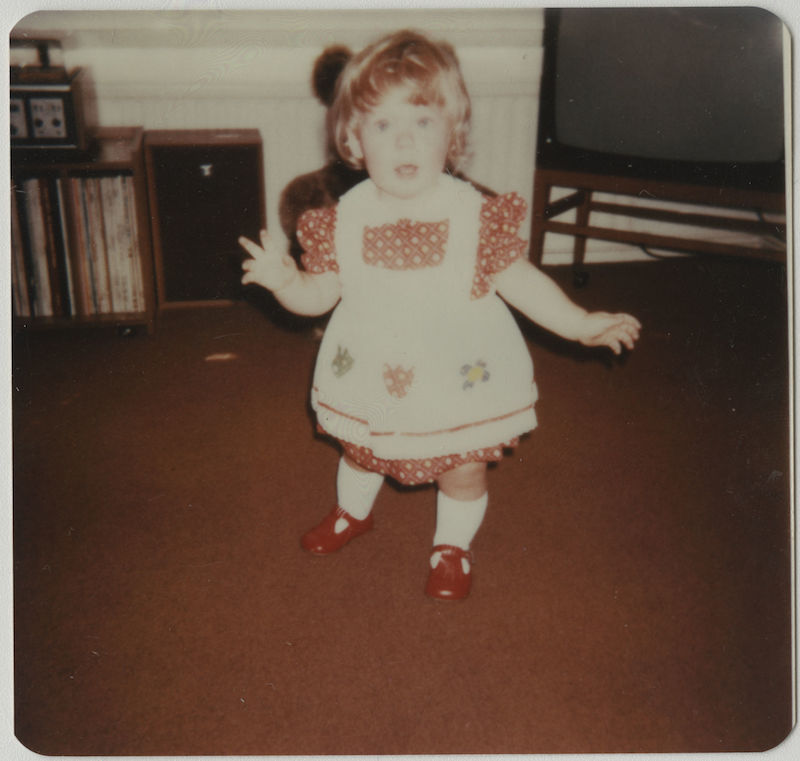 Asked if it was a case of sexism, she said: “I think it was probably one of the factors, and the fact probably that nurses weren’t seen as important maybe as doctors and scientists.”

Ms Purdy died in 1985. Her name is included on a plaque that was installed outside what is now Kershaw’s Hospice in 2015.

This was pushed for by Andrew Steptoe, the son of Patrick Steptoe who died in 1988. Sir Robert Edwards died in 2013.

Ms Purdy is also honoured on a plaque at Oldham District Hospital and a memorial stone in Grantchester near Cambridge where she is buried, which was installed last year.

The archive, which includes unseen pictures of Louise Brown as a toddler and alongside the three pioneers, is available online at www.chu.cam.ac.uk/archives/collections/new/